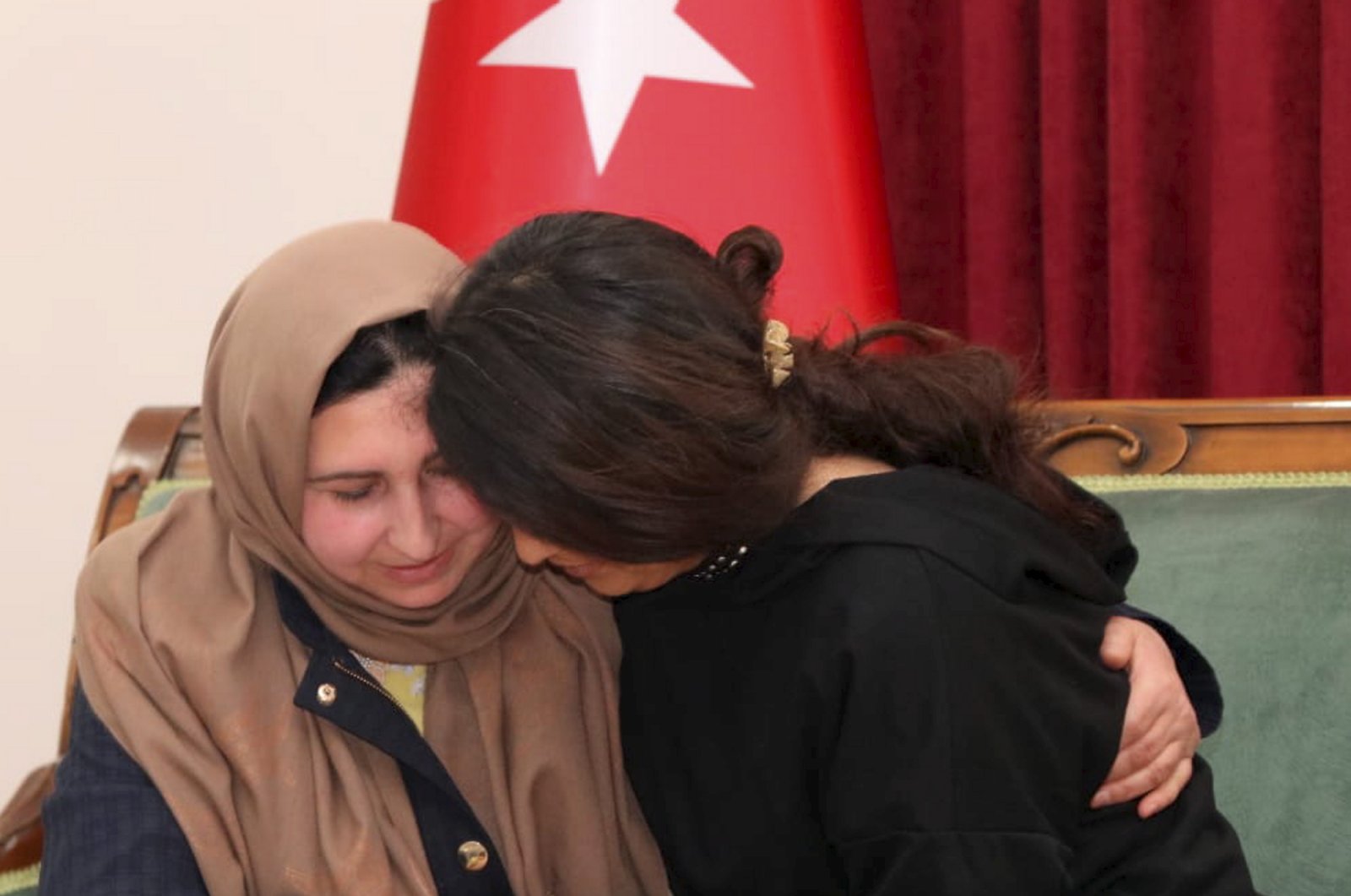 The number of families reunited with their children who were kidnapped by the PKK terrorist group reached 13 as another mother’s prayers were answered Monday.

Naime Dalmış, one of the mothers who make up the 120 families staging a sit-in protest in front of People’s Democratic Party (HDP) headquarters in southeastern Diyarbakır province, saw her daughter for the first time in six years after she surrendered to Turkish security forces.

Tekoşin Acar, 27, surrendered thanks to the efforts of the security forces. The mother and daughter shed tears upon being reunited with each other.

According to a statement by the Interior Ministry on Nov. 26, the dissolution of the PKK has recently accelerated thanks to the successful counterterrorism operations and strategies in Turkey and abroad.

They are not ill-treated, are able to contact their families freely and are provided with essential judicial assistance. The Turkish state offers a variety of services to ensure their integration into society.

The sit-in protests are a reaction against the outlawed PKK, a terror group that has abducted and recruited children, as well as the HDP, a political party which many of these families believe is in league with the PKK.

The HDP is accused by the government of having links to the PKK. The protesting mothers claim the party is responsible for kidnapping or tricking their children to join the terror group. The HDP, long facing public reaction and judicial probes over its ties to the PKK, is under pressure due to this growing civilian protest movement. Various groups from around Turkey have supported the Kurdish mothers in their cause, with many paying visits to show their support.