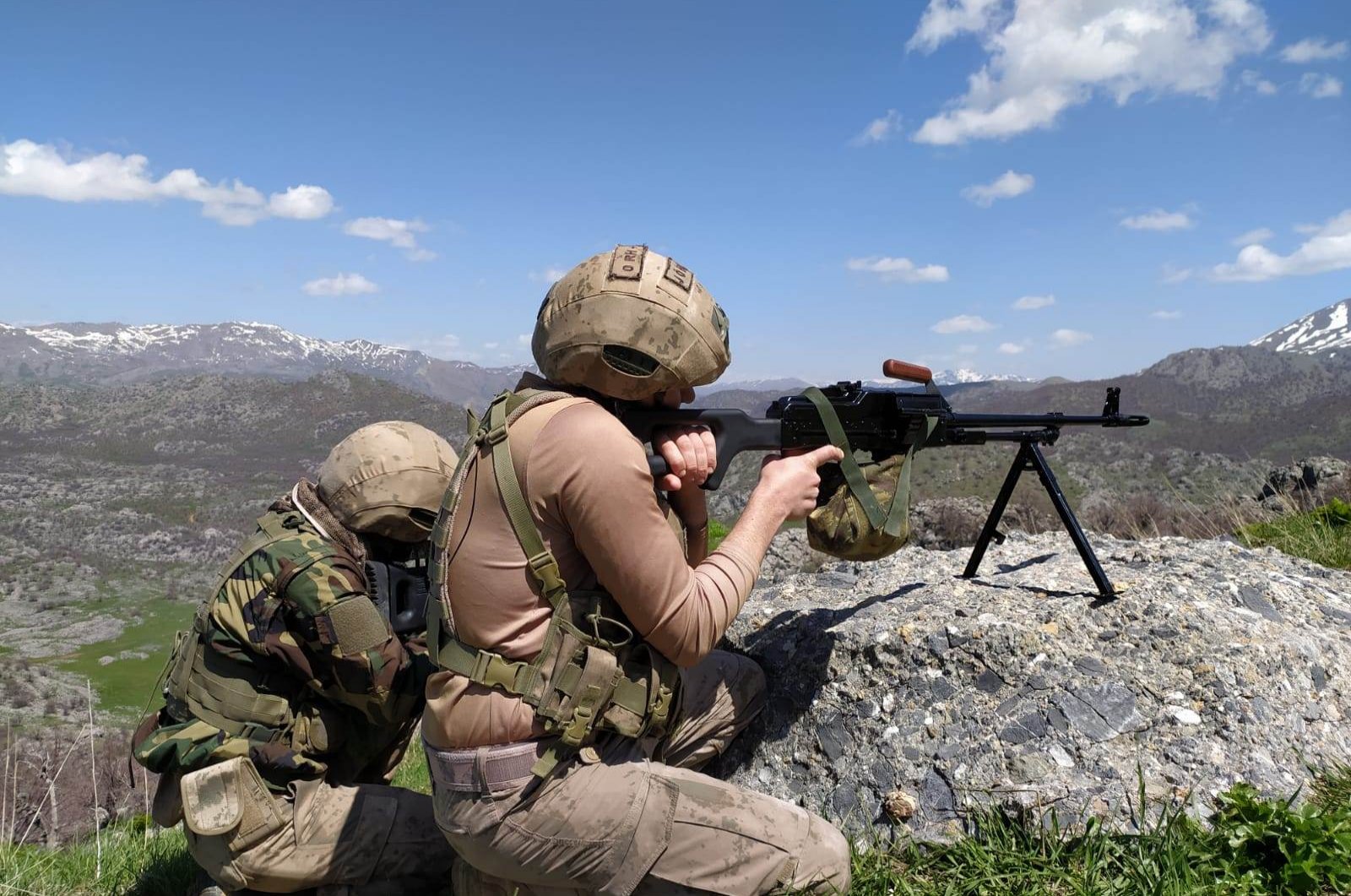 Turkish security forces regularly conduct counterterrorism operations in the eastern and southeastern provinces of Turkey where the PKK has attempted to establish a strong presence and bases. (AA Photo)
by Anadolu Agency May 22, 2020 3:27 pm
RECOMMENDED

Turkish security forces so far this year have killed a total of 1,445 terrorists in both domestic and cross-border operations, the National Defense Ministry said Friday.

"Ten YPG/PKK terrorists attempting to infiltrate the Operation Peace Spring zone on May 19 were neutralized by our heroic commandos," the ministry said in a statement with the latest figures.

"A total of 66 YPG/PKK terrorists have been neutralized over the last month in the area of the operation, in northern Syria just south of the Turkish border," it added.

Underlining that the country's anti-terror operations would continue at full pace, it added that 1,445 terrorists have been killed since the beginning of the year.

Since 2016, Turkey has launched a trio of successful counterterrorism operations across its border in northern Syria to prevent the formation of a terror corridor and enable peaceful settlement by locals: Euphrates Shield (2016), Olive Branch (2018) and Peace Spring (2019).

In its more than 35-year terror campaign against Turkey, the PKK – listed as a terrorist organization by Turkey, the U.S. and European Union – has been responsible for the deaths of 40,000 people, including women, children and infants. The YPG is the PKK's Syrian offshoot.

Last month, Turkey carried out 26 operations against PKK terrorist shelters as part of its domestic security operations, the ministry said.

As for anti-smuggling operations against the PKK/KCK, the country seized 110,000 packages of cigarettes, 72 kilograms (over 158 pounds) of drugs and 98,000 drug pills.

PKK terrorists control some 80% of the drug trade in Europe, raking in around $1.5 billion a year from illicit narcotics, Turkey's interior minister said in late 2018.

Since 2016, 19,075 military employees have been dismissed over links to the Gülenist Terrorist Group (FETÖ), the group behind the defeated coup in Turkey, the ministry said.

Trials for some 4,682 others continue.

FETÖ and its U.S.-based leader Fetullah Gülen orchestrated the defeated coup of July 15, 2016, which killed 251 people and injured nearly 2,200.