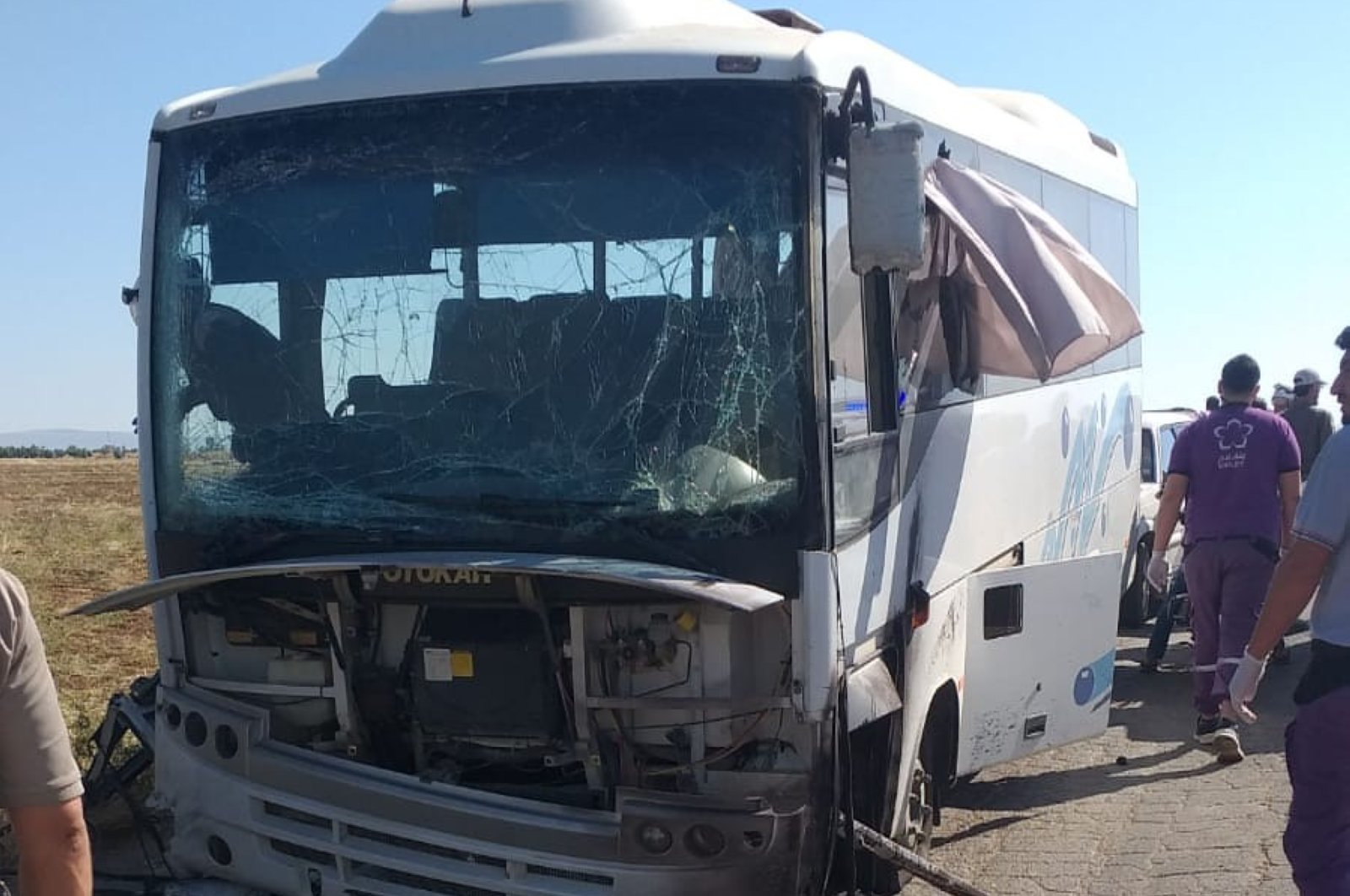 At least 16 police officers were injured in a terrorist attack that hit northern Syria's Azaz on Tuesday.

All 16 police officers were hospitalized after a bomb attached to the bus carrying them exploded.

No terrorist group has assumed responsibility for the attack yet, but the local security forces see YPG/PKK terrorists as the biggest suspect.

A separate terrorist attack hit a fuel truck in the northwestern province of al-Bab on Monday night. The attack damaged multiple fuel trucks and caused a major fire.

Although there were no civilian casualties, the terrorist attack caused material damages.

The YPG/PKK terrorist group was once again the prime suspect in the attack, local security forces said.

Since 2016, Turkey has launched a trio of successful anti-terrorist operations – beginning with Euphrates Shield and followed by Olive Branch in 2018 and Peace Spring in 2019.

Turkey's cross-border operations in northern Syria were launched to prevent the formation of a terror corridor along its border and enable the peaceful resettlement of locals.

Over the course of its more than 40-year terror campaign against Turkey, the PKK – listed as a terrorist organization by Turkey, the U.S. and European Union – has been responsible for the deaths of 40,000 people, including women and children. The YPG is the PKK's Syrian offshoot.