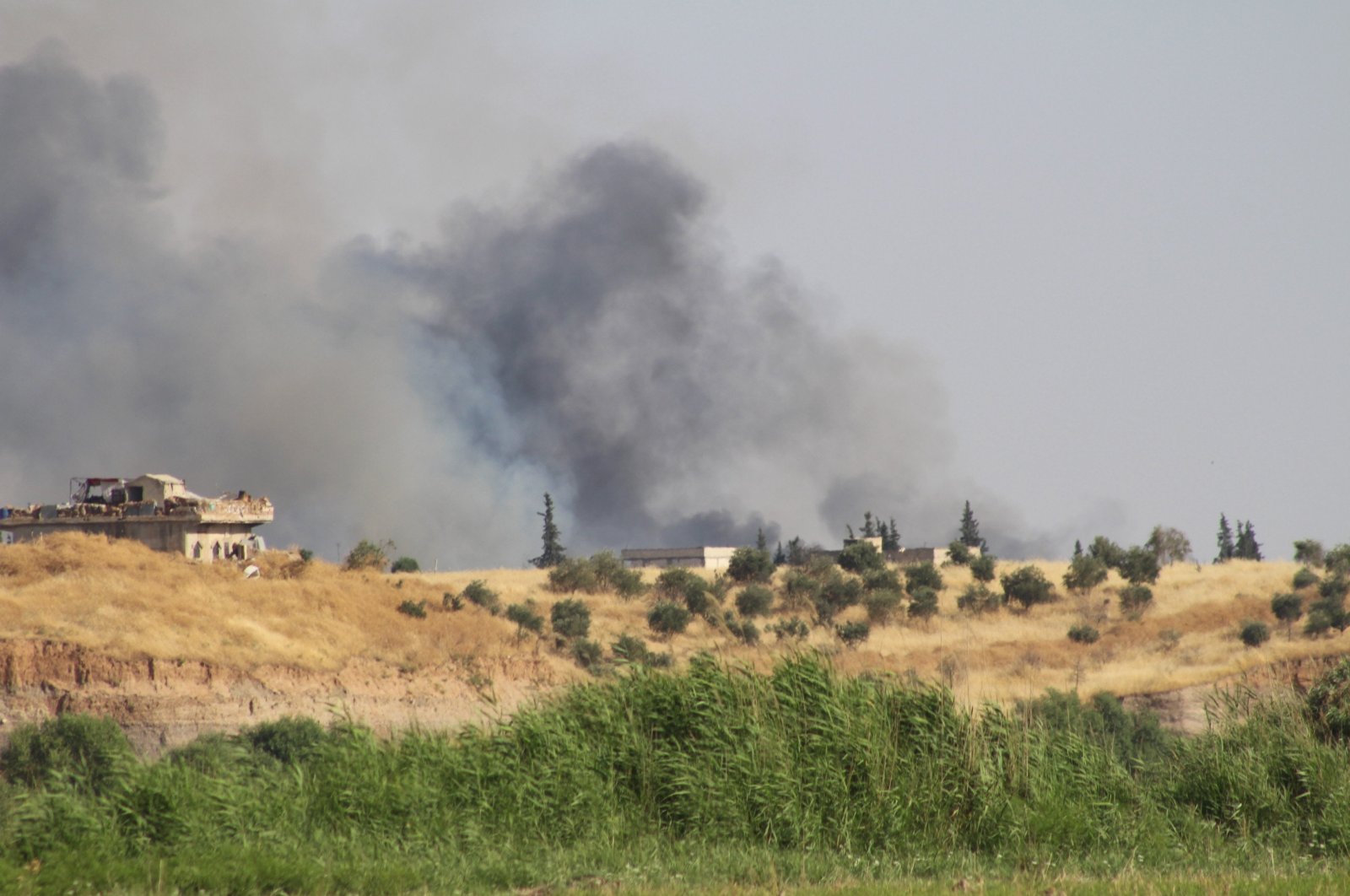 Two civilians, including a woman and child, were killed on Sunday in an attack by the terrorist YPG/PKK in a village in Jarablus, northern Syria.

The governor's office in Gaziantep, southern Turkey, which helps keep the peace in the area across the border, said the terrorist YPG/PKK had fired three mortar shells from the border line around Manbij and killed a woman and child.

Another woman was seriously injured and is in critical condition in a local hospital, the office added in a statement.

In 2016, Jarablus was cleared of terrorists by Turkey's Operation Euphrates Shield, an operation launched to prevent a terrorist corridor and keep the region safe, but terror groups still sometimes attack in an effort to disturb the peace.

In its more than 40-year terror campaign against Turkey, the PKK-listed as a terrorist organization by Turkey, the U.S., and the EU-has been responsible for the deaths of nearly 40,000 people, including women, children, and infants. The YPG is the PKK's Syrian offshoot.

Since 2016, Turkey has launched a trio of successful anti-terror operations across its border in northern Syria to enable the peaceful settlement of residents: Euphrates Shield (2016), Olive Branch (2018), and Peace Spring (2019).