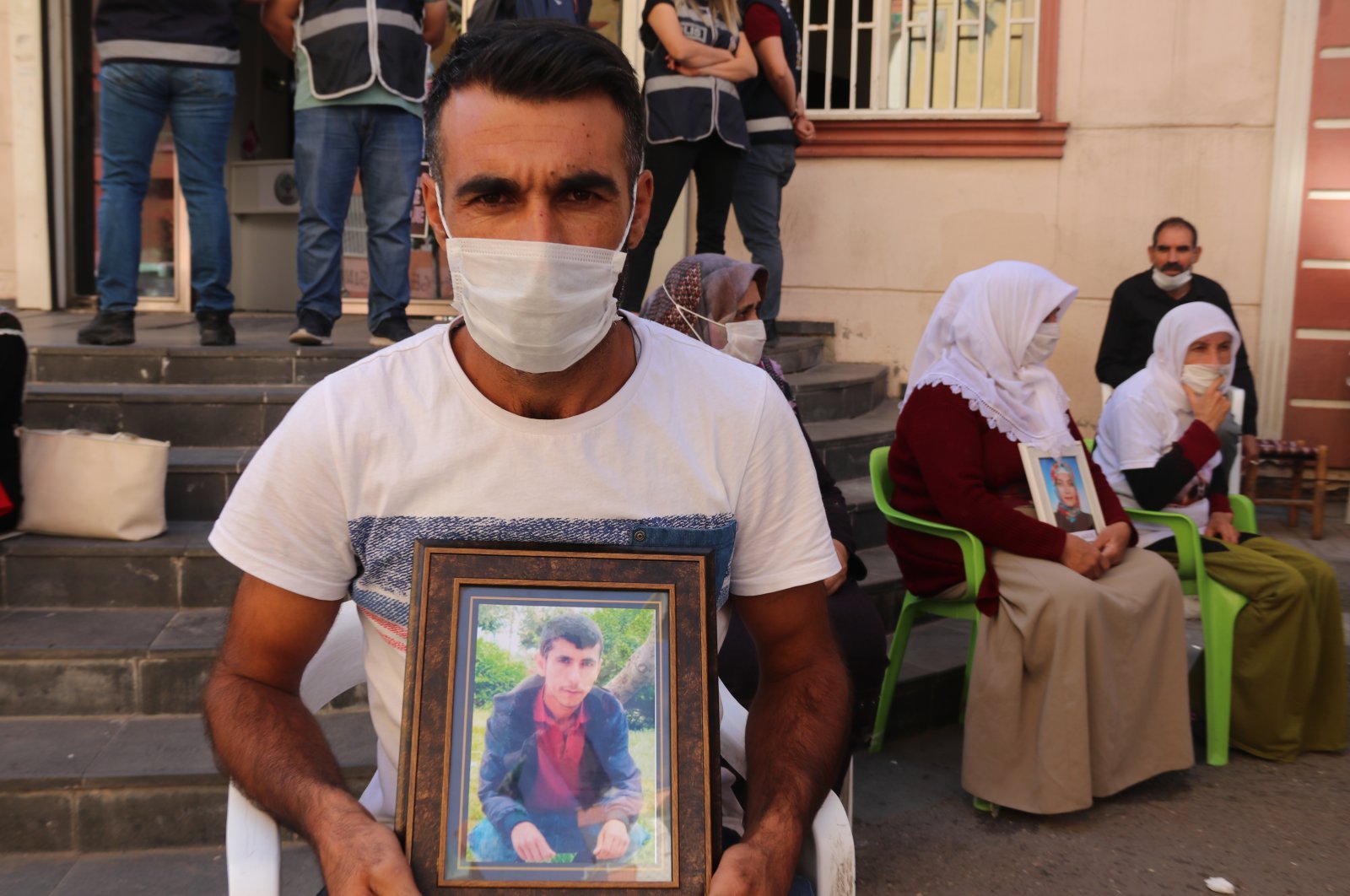 Two more families joined the sit-in protest in front of the pro-PKK Peoples’ Democratic Party (HDP) headquarters in Diyarbakır province demanding the return of their sons and daughters recruited to fight for the PKK terrorist group.

Düzgün Özkan, a father, joined the protests from Tunceli province for his son Çetin, who was abducted by the PKK in 2014. Özkan said he saw the sit-in on television and decided to participate to make his voice heard for his son's return.

Saying that he went to the HDP when he could not reach his son but received a negative response, Özkan said: “As far as I know my son is in Syria. Who can bring these children to the mountains if the HDP did not deceive them?” Özkan further stated that his wife died of grief two years ago and called on his son not to be afraid to surrender to Turkish security forces.

Ahmet Kurt, who came to the sit-in for his brother abducted in 2013, stated that the HDP took his sibling, and he was now demanding his brother's release.

The HDP, long facing public reaction and judicial probes over its ties to the PKK, is under pressure from this growing civilian protest movement.

So far, 19 families have been reunited with their children since the start of the sit-in.

While Turkish security forces carry out counterterrorism operations both within Turkey and across its borders, a large number of terrorists continue to surrender voluntarily. Some of those who surrendered report that many others cannot do so out of fear for their lives.