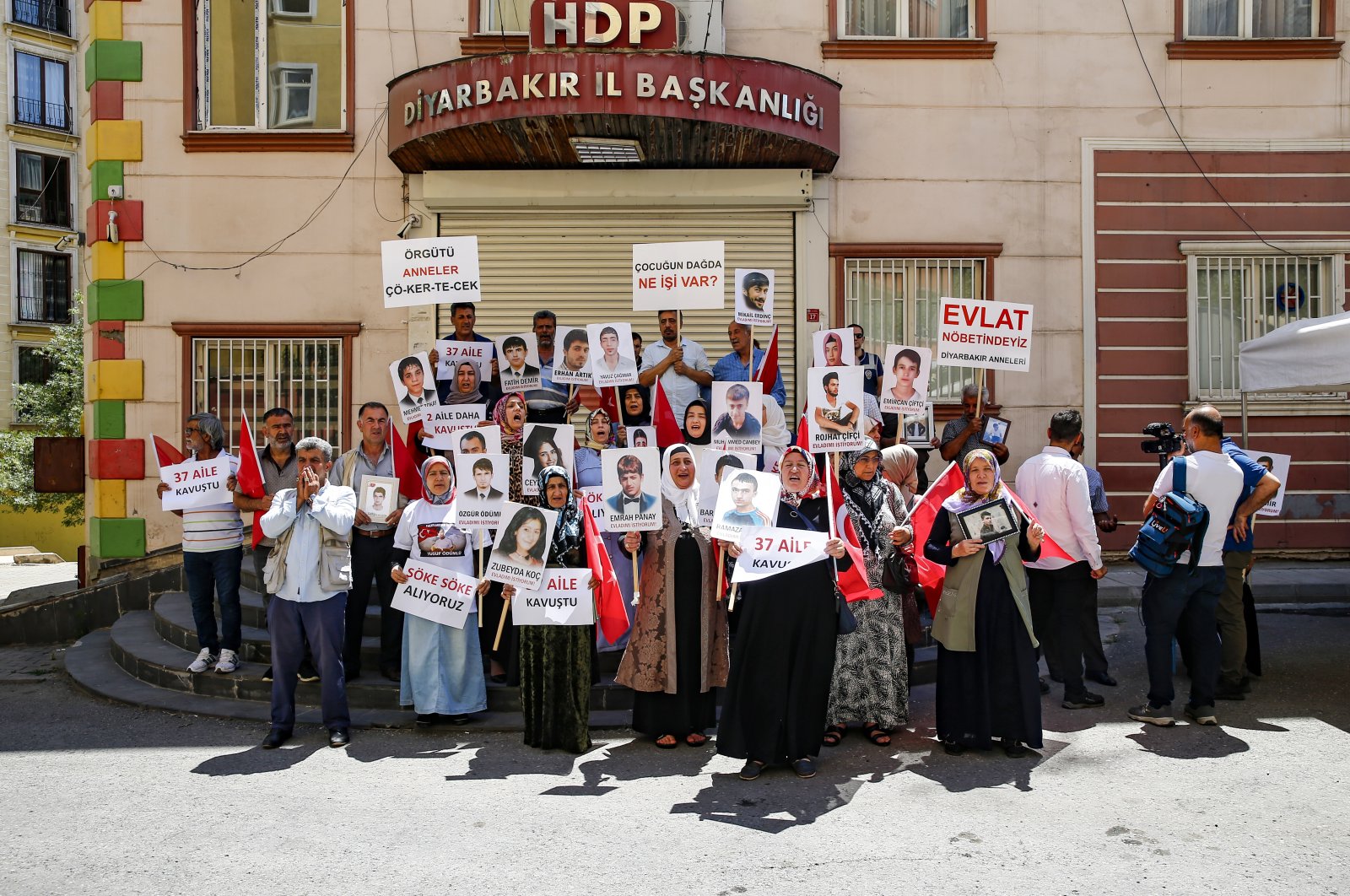 Two more families were reunited on Saturday with their children who had been kidnapped by the PKK terrorist group in southeastern Turkey, according to security sources.

Since Sept. 3, 2019, the protesting families have been camping outside the Diyarbakır offices of the Peoples' Democratic Party (HDP), a party the Turkish government says has links to the PKK.

Demonstrations have since spread to other provinces, including Van, Muş, Şırnak and Hakkari, and so far, a total of 37 families have been reunited with their children.

The Akdemir family and mother Fahime Tutmuş, who had joined the anti-PKK protests, were finally reunited with their children, after they were held for six and seven years, respectively, in Diyarbakır's Sur district.

The families expressed their happiness, saying: "May God bless the state."

In its more than 40-year terror campaign against Turkey, the PKK – listed as a terrorist organization by Turkey, the United States and the European Union – has been responsible for the deaths of more than 40,000 people, including women, children and infants.

The protests have borne fruit as dozens of children forcibly abducted or recruited by the terrorist group fled the PKK and reunited with their families.