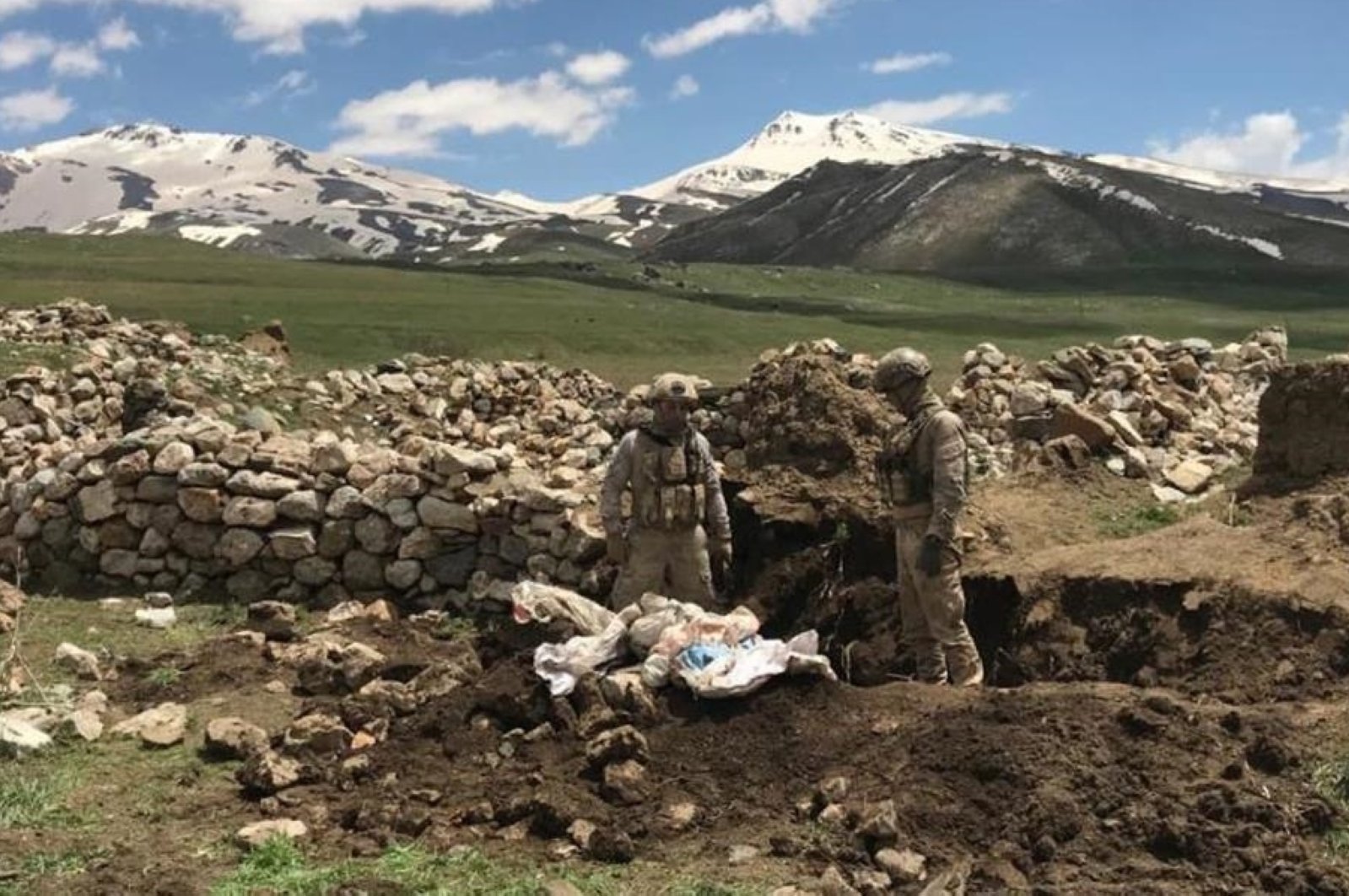 There has been a surge in the number of terrorists laying down arms and surrendering to security forces after a series of successful domestic and cross-border anti-terror operations. (AA Photo)
by DAILY SABAH WITH AA May 14, 2020 11:16 am

In a statement, the ministry said the terrorists, identified only by their initials as Z.A. and R.A.H., turned themselves in during the provincial gendarmerie command's ongoing efforts to convince terrorists to lay down arms.

It added that a total of 78 terrorists have so far surrendered to the Turkish forces since the beginning of this year.

There has been a surge in the number of terrorists laying down arms and surrendering to security forces after a series of successful domestic and cross-border anti-terror operations.

Once the terrorists surrender, they are provided with many opportunities, including the right to education and freedom to live without fear of oppression.

In its more than 35-year terror campaign against Turkey, the PKK – listed as a terrorist organization by Turkey, the U.S. and European Union – has been responsible for the deaths of 40,000 people, including women and children. The YPG is the PKK's Syrian offshoot.