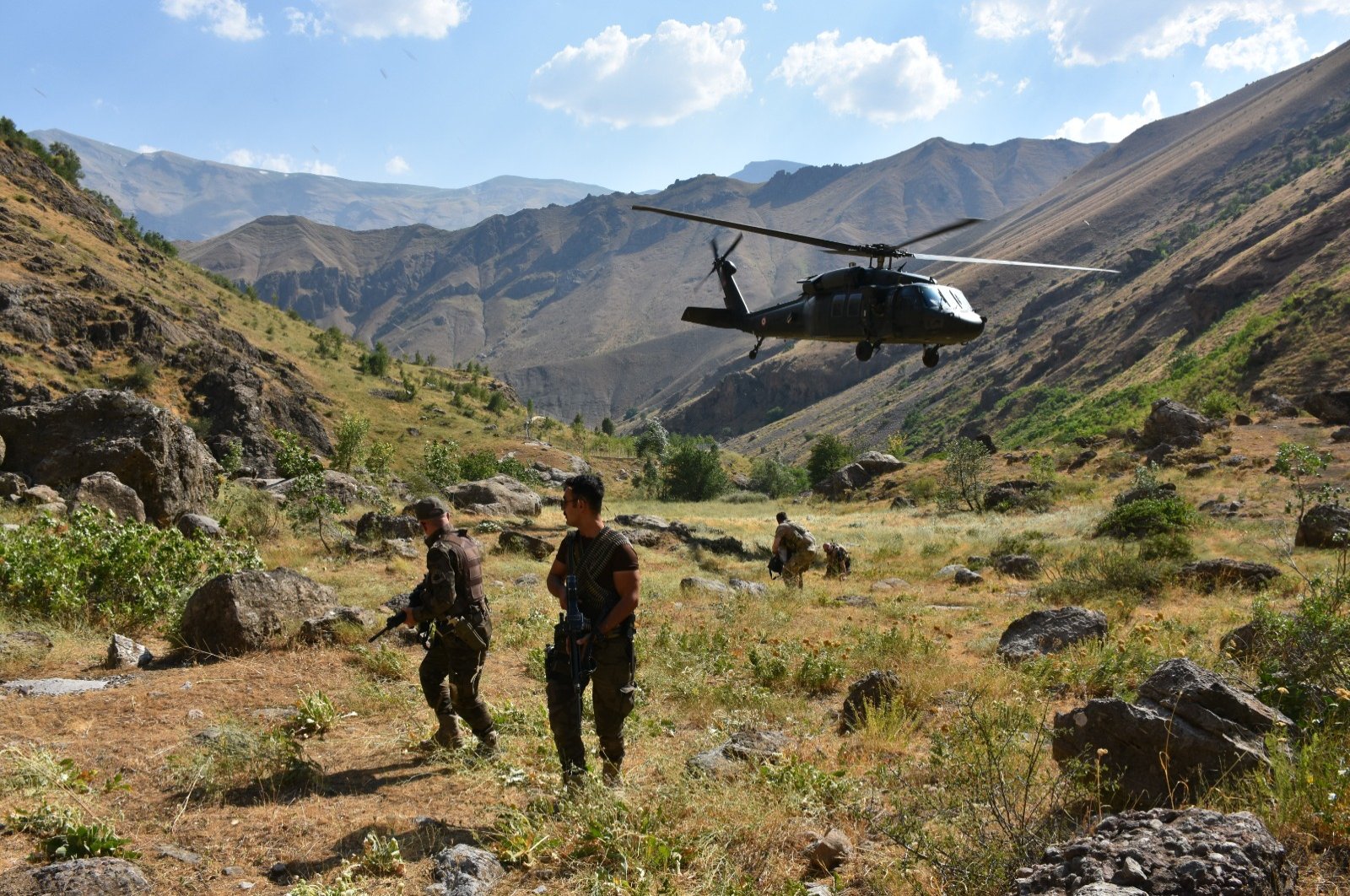 Two Turkish soldiers were killed in a rocket attack carried out by terrorists in southeastern Turkey, the National Defense Ministry said Monday.

The ministry said in a statement that the terrorists attacked a military base in Hakkari province.

It said two soldiers that were seriously wounded in the attack were taken to a hospital, and despite the doctors' best efforts, they succumbed to their injuries.

After the attack, security forces in the region launched an operation on terrorist targets with combat helicopters and armed unmanned aerial vehicles (UAVs).

The statement also offered condolences to the families of the soldiers and the Turkish nation.

Although the statement did not specify what terrorist group was behind the attack, the PKK is known for being active in the region.

Meanwhile, Turkish security forces' domestic and cross-border anti-terror operations against the PKK continue, aiming to eliminate the presence of the terrorist group within the country and near its borders.

On Monday, three PKK terrorists were killed near the Turkish border in northern Iraq during reconnaissance and surveillance activities, the National Defense Ministry announced.

In a statement, the ministry said the terrorists were targeted in an air operation in the Zap region.

"Turkey will resolutely continue to pursue its anti-terror operation against the PKK terror group," it said.

As part of Lightning-Cilo 2, two PKK shelters were found near the village of Kolbaşı in Hakkari's Yüksekova district, the governorship said.

Operations against terrorists in the region will continue without pause, the statement said.

In the past year, Turkey has also launched operations Kıran and Kapan, which successfully brought the number of PKK terrorists down to just 492 from around 3,000 in 2016.

In August 2019, Turkey launched Operation Kıran against the PKK terrorists in the country's southeastern provinces of Van, Hakkari and Şırnak.

This was followed by Operation Kıran-2, launched later in the same month in the southeastern provinces of Mardin, Şırnak and Batman. Eight more iterations followed, ending in Kıran-10.

The security forces have adopted strategies like "ending terrorism at its root" and "attack rather than defense" in its operations across the country.

To that end, Turkey has engaged in efforts to convince terrorist organization members to surrender, working together with their families.

A significant number of suspected terrorists have already deserted the PKK and surrendered. At least 100 terrorists have been persuaded to surrender by the Turkish authorities since the beginning of this year, and these efforts continue. However, many terrorists are still fearful of leaving the group because they face severe punishment if caught.