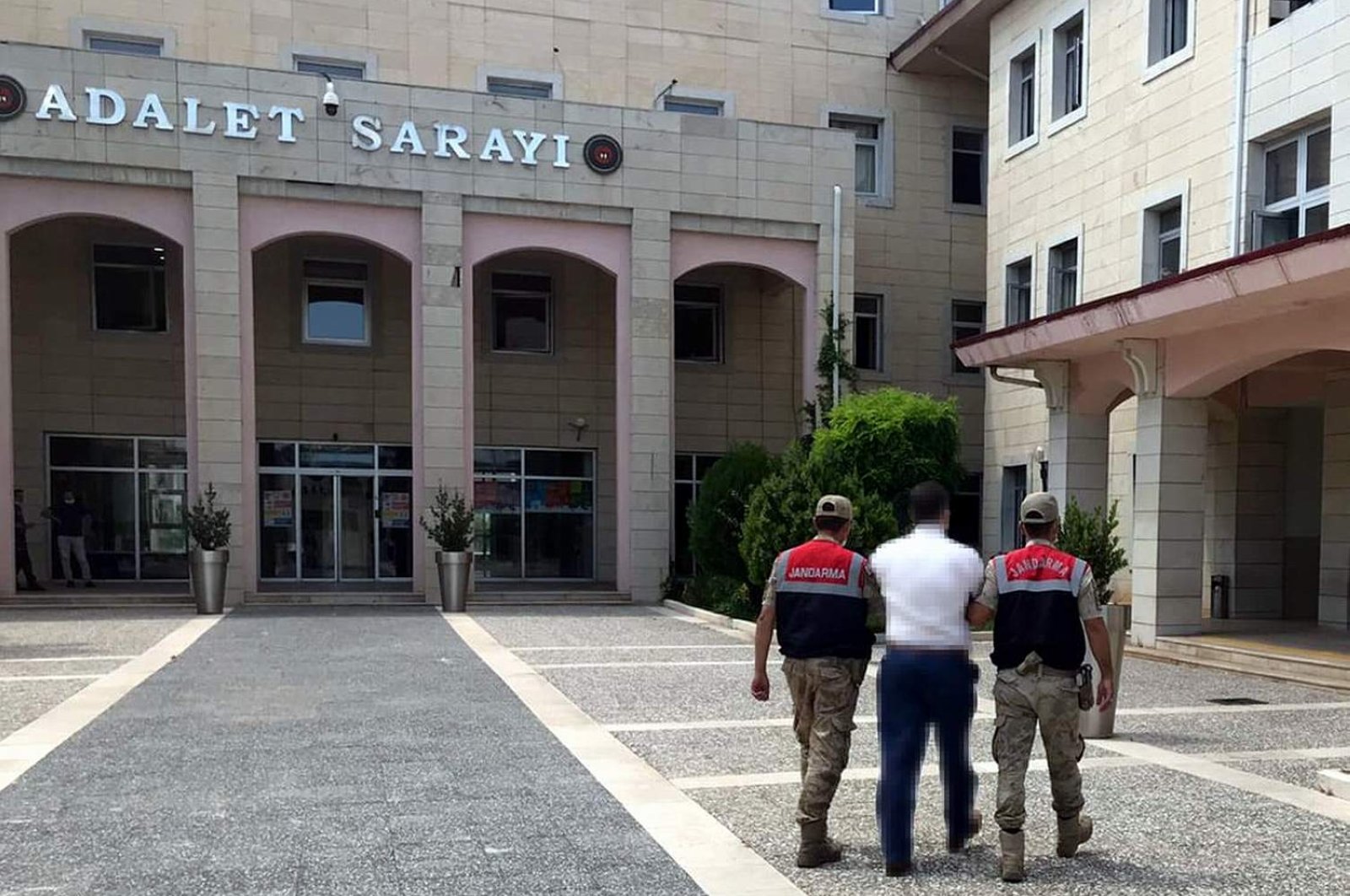 M.Y. who was sought for being a terrorist member has been caught by gendarmerie forces in Siirt province, southeastern Turkey, Sept. 9, 2020. (DHA Photo)
by DAILY SABAH Sep 09, 2020 11:33 am
RECOMMENDED

Two Syrian terrorists and an accomplice have been caught with explosives in the southeastern province of Mardin as part of a joint operation led by the National Intelligence Agency (MIT) and the gendarmerie. Security forces determined that the terrorists were preparing to conduct a terrorist attack on major Turkish cities.

The provincial gendarmerie force and MIT discovered that the two Syrians had entered Turkey with explosives and were preparing bomb attacks in areas where citizens gathered, such as shopping malls and market places. The pair stayed in the home of a fellow countryman.

According to the bomb squad, the seized weapons were highly explosive and were able to destroy a three-story building if used. No statement has yet been made about the affiliations of the suspects.

Turkey has been under attack by the YPG/PKK and Daesh terror groups over the last decade. In response, Ankara has launched anti-terror operations at home and abroad as a preventative countermeasure.

The Interior Ministry Wednesday announced that two high-ranking terrorists had been killed as part of Operation Lightning-4 in Tunceli province.

Erol Volkan Ildem, codenamed "Nubar," had been listed in the red category of the ministry’s Most-Wanted terrorist list and was allegedly responsible for Tunceli’s Dersim district, while the other, Fadime Çakıl, codenamed “Roza,” was in the grey category.

Accordingly, the two wanted fugitives were members of the Liberation Army of the Workers and Peasants of Turkey (TIKKO) terrorist group, an armed wing of the Marxist-Leninist Community Party (MLKP).

Terrorists are categorized in five color-coded lists, with red marking the most wanted, followed by blue, green, orange and grey, depending on the severity of their criminal activities.

To date in various stages of Operation Lightning, at least 46 terrorists have been killed, 26 collaborators captured, 90 caves, shelters and storage areas have been destroyed and a large number of arms, munitions and other supplies have been seized, the ministry said Tuesday.

The forces have adopted "cutting off terrorism at its root" and "attack rather than defense" strategies in operations across the country.

In its more than 30-year terror campaign against Turkey, the PKK, listed as a terrorist organization by Turkey, the United States and European Union, has been responsible for the deaths of 40,000 people, including women and children.