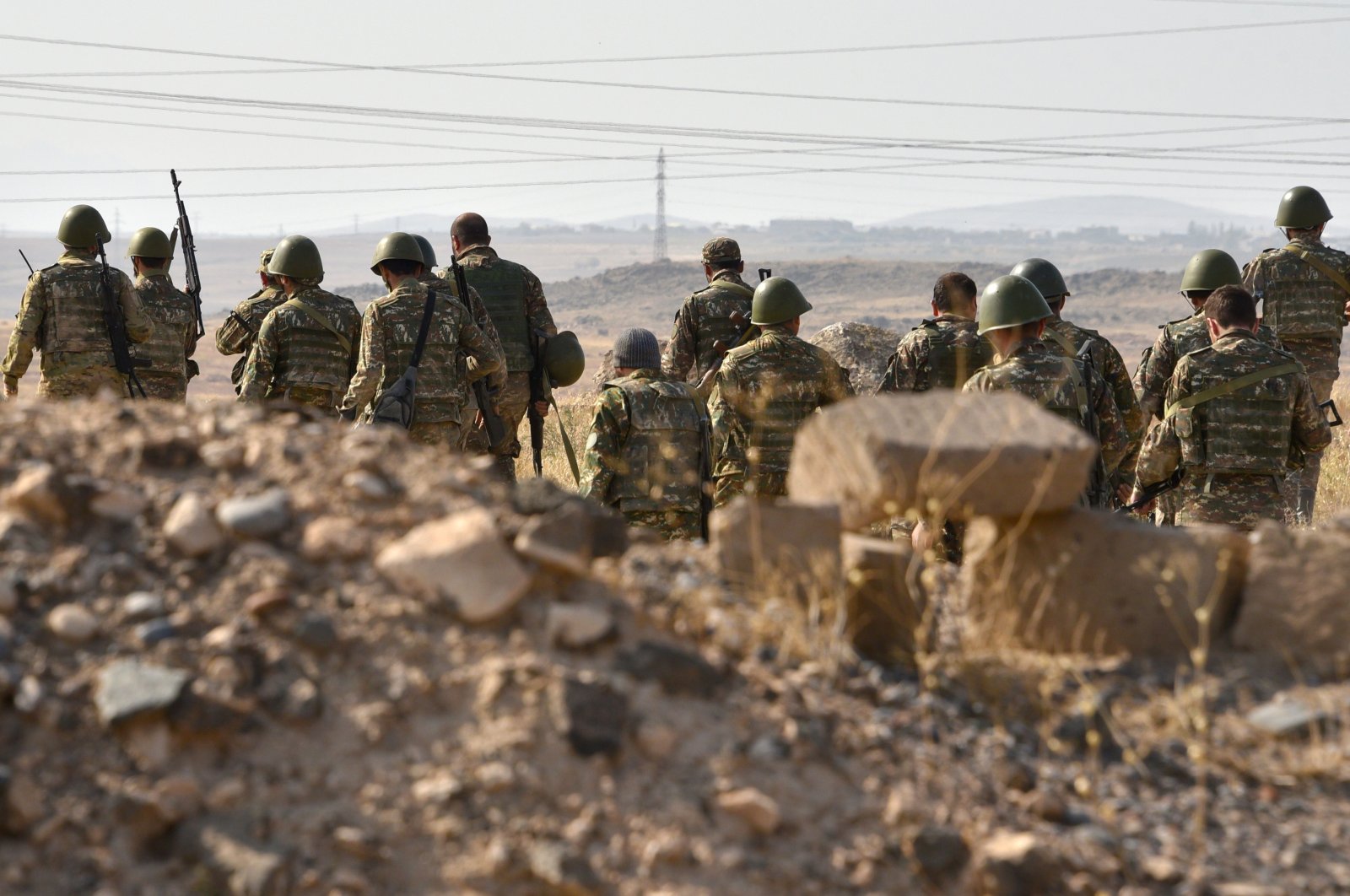 At least 2,000 PKK terrorists are fighting alongside Armenia against Azerbaijan during the recent clashes in the occupied Nagorno-Karabakh region, President Recep Tayyip Erdoğan said Wednesday.

Referring to his phone call with Russian President Vladimir Putin late Tuesday, Erdoğan said during the ruling Justice and Development Party (AK Party) parliamentary group meeting in Ankara: "I told Mr. President (Putin), we have identified, through intelligence sources, that there are some 2,000 PKK terrorists fighting for Armenia at the moment for $600 (TL 4,978). Mr. President said he was not aware of that."

"I have told Putin that if our red lines are crossed, we would not hesitate to take action," he added.

Turkey is sincere in its efforts to solve the Nagorno-Karabakh conflict and believes in Russia's sincerity, Erdoğan also said, adding he had told Putin that they could resolve the issue together.

Four United Nations Security Council (UNSC) resolutions and two from the U.N. General Assembly (UNGA) as well as international organizations demand the "immediate, complete and unconditional withdrawal of the occupying forces" from the occupied Azerbaijani territory.