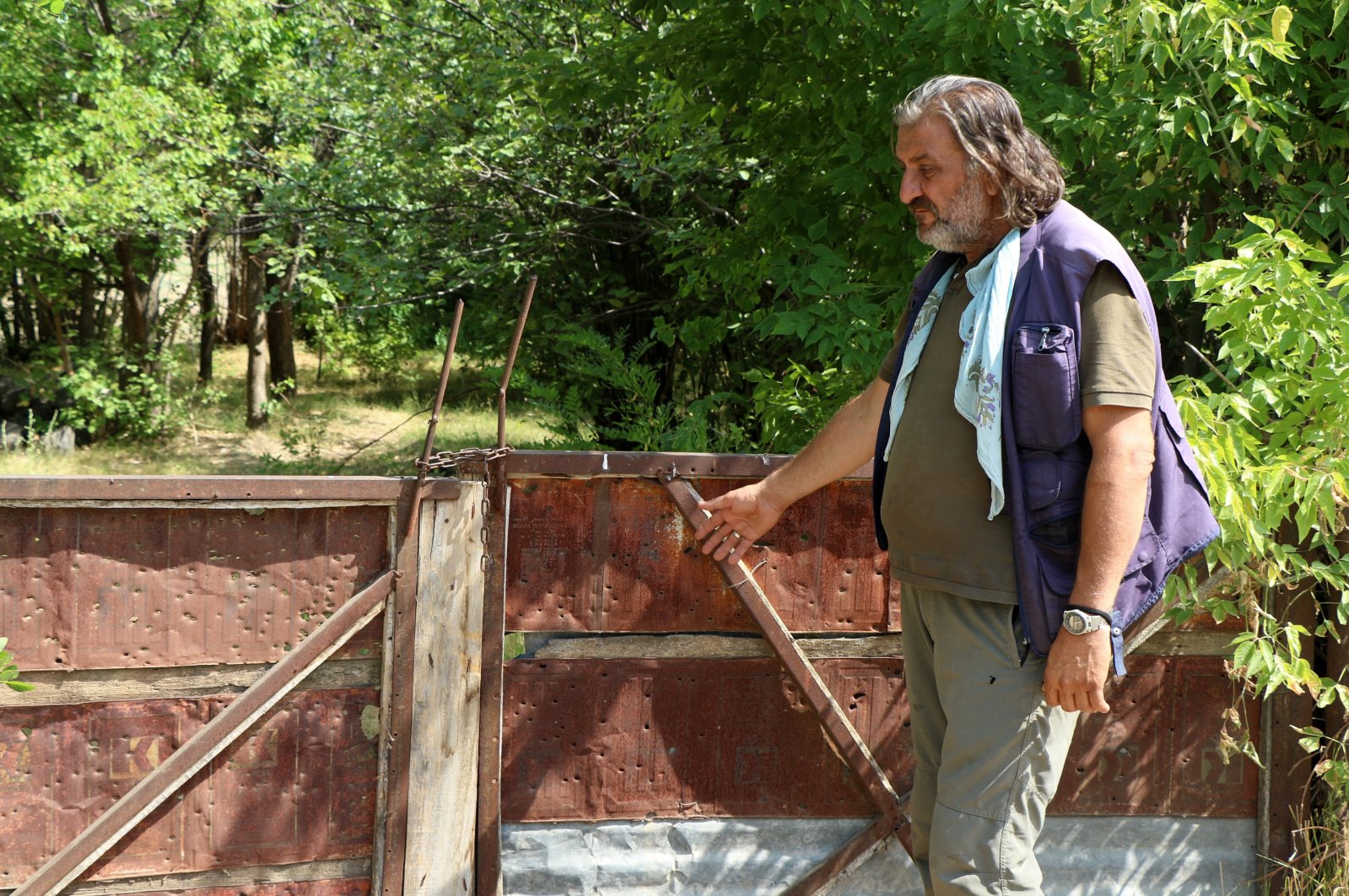 It has been 27 years since the village of Uluköy in eastern Turkey's Erzincan was raided by PKK terrorists, killing one while injuring four others. Almost three decades later, the neighborhood still remembers the horrors of the day while victims continue to carry their wounds.

On Aug. 5, 1993, nearly 100 terrorists raided Uluköy, setting 28 houses on fire, and bombarded the households with bullets from long-barreled guns. One of the victims of the day, Ahmet Çıldır, who was in his 20s at the time, lives with two bullets that could not be removed from his body, reminding him of the violent incident every day.

"We were sitting at a coffeehouse when suddenly they (the PKK terrorists) started to raid the village from every corner with camouflage clothes," Çıldır remembered, adding that at first, they thought the raiders were from Turkey's special operations force.

"They yelled at us and told us that they are from the PKK. They bragged about the terrorist group," he said.

After being forced to listen to the raiders' provocations on the PKK, Çıldır, along with other villagers, were forcibly brought to the village's square.

"Then, they brought the men together, including me, and started to shoot at us," he said, adding that one of them was killed, while four others, including himself, were injured.

Immediately after the terrorists left, the villagers took Çıldır, who was hit by seven bullets, to the hospital.

"During the medical operation, five bullets were removed from my body. However, I have been living with the remaining two for the past 27 years," he said, indicating that he has been given the title of veteran three years ago for his suffering from PKK brutality.

In its more than 40-year terror campaign against Turkey, the PKK, listed as a terrorist organization by Turkey, the U.S. and European Union, has been responsible for the deaths of 40,000 people, including women, children and infants. The YPG is the PKK's Syrian offshoot.

According to Salih Kara, who is a volunteer security official in the village, Uluköy has been attacked by terrorists multiple times and the traces of these attacks can still be seen on the doors of houses as well as the lampposts.

Underlining that thanks to these efforts, the terrorism in the region has come to the point of being diminished entirely, Kara said that no one but the terror victims can understand how horrifying it is to experience such brutality.

"We could not withstand against PKK's attack back then. We were clueless on weapons, self-defense," he continued, adding that today, things are different and they are ready to give their lives in defense of their village.

For the son of Hacı Kadir Çıldır, Lokman Çıldır, who was killed by the PKK during the raid, the incident reminds him of nothing but sorrow.

"My father was known for his close ties with the Turkish military. He was carrying food to our soldiers in Tunceli. Terrorists listed him as among the ones who need to be killed. We received some threatening letters on this matter back then," he said, explaining that there was a specific reason why his father was the only one who was killed during the raid.

Being kicked with the butt end of the weapon himself on the same day, Çıldır has only one thing left to say: "May God never let us experience those things again."

Attacking civilians, especially women and children, has long been a trademark of PKK terrorism. The terrorist group has been engaging in such activities since the day it was founded.

The first armed attack of the terrorist group against Turkish security forces and society took place on Aug. 15, 1984, in the Eruh district of southeastern Siirt province and the Şemdinli district of Hakkari. In these attacks, one soldier was killed while nine others were injured. Three civilians were also injured, becoming the first civilian victims of a PKK terrorist attack. This first attack was followed by many others, causing numerous villages to be evacuated.