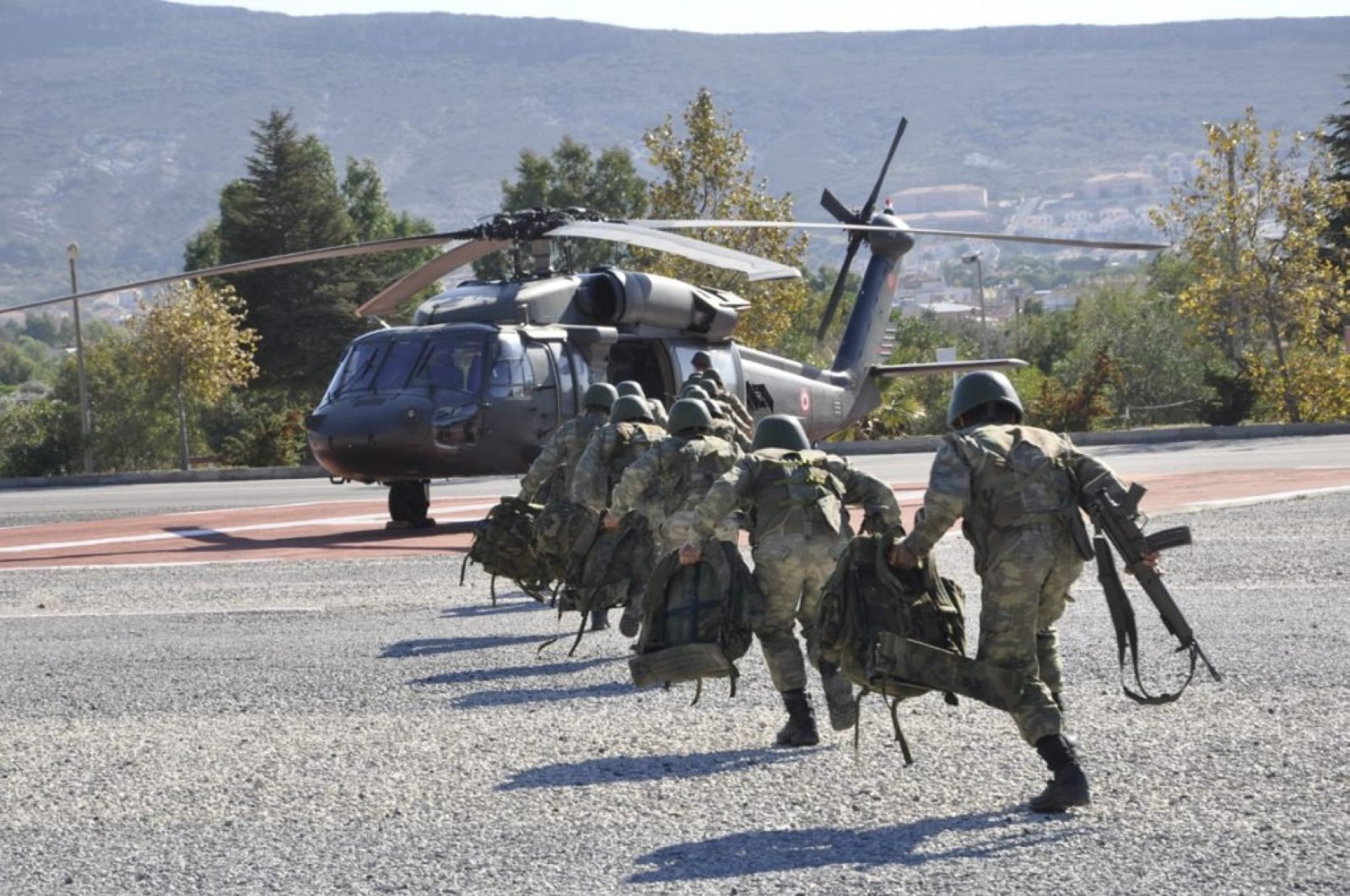 Turkish soldiers are getting ready for operation within the scope of the Lighting-10 Operation in eastern Van province, Sept.14, 2020. (DHA)
by DAILY SABAH WITH AA Sep 14, 2020 11:21 am
RECOMMENDED

Turkish security forces' counterterrorism operations against PKK terrorists were relentless during the summer season, killing 277 terrorists in three months, including senior members who were listed on the Interior Ministry's most wanted list.

During counterterrorism activities, especially in the eastern and southeastern regions of the country, Turkish security forces detained 696 terror suspects during this period, 197 who were arrested. Various shelters and storage areas belonging to the terrorist group were also eliminated during the operations.

One of the terrorists who were killed was Izzet Yiğit who was wanted in the orange category of the most wanted list for his terrorist attack back in 2016 in the southeastern province of Diyarbakır where he killed 16 civilians.

Another one was Ferhat Ateş code-named "Sefkan Mardin" who was in the gray category and has a bounty of TL 500,000 ($66,732). Ateş was killed on July 3 in southeastern Tunceli province's Ovacık district.

The capture of the perpetrators of a terrorist attack five years ago, which killed eastern Muş province's Malazgirt district gendarmerie commander Maj. Arslan Kulaksız, has become yet another major blow to the terrorist group as nine of them were arrested while three others were killed. The search for one of the perpetrators who escaped to Syria continues.

Apart from eliminating the already wanted terrorists, the security forces also prevented attacks by the terrorist group. On Aug.15, which is the date that marks the anniversary of the PKK's first-ever terrorist attack in Turkey, the National Intelligence Organization (MIT) captured terrorists who were preparing for a new attack. One of the captured terrorists turned out to be Murat Kalko, code-named "Agit Garzan," who was the so-called Hakurk district head of the terrorist group and was listed in the red category of the most wanted list. He was also reported to be one of the terrorists most trusted by the PKK's acting head Murat Karayılan.

Also in August, six terrorists who were the so-called members of the PKK's special forces and intelligence services were killed.

Although the summer season is coming to an end, the counterterrorism operations continue to scare away terrorists as on Sunday, a terrorist named Eyyüp Alper, listed in the orange category was killed in southeastern Hakkari province, along with another terrorist named Ahmet Akman.

According to the Interior Ministry, Alper, code-named "Velat" was responsible for killing three soldiers in a terrorist attack back in 2014 in Hakkari, as well as a 2017 attack, among others.

"Nidal" code-named "Akman," on the other hand, was reportedly acting as the saboteur of the terrorist group and was one of the perpetrators of a 2018 terrorist attack in Hakkari that killed one security force member while injuring 10 others.