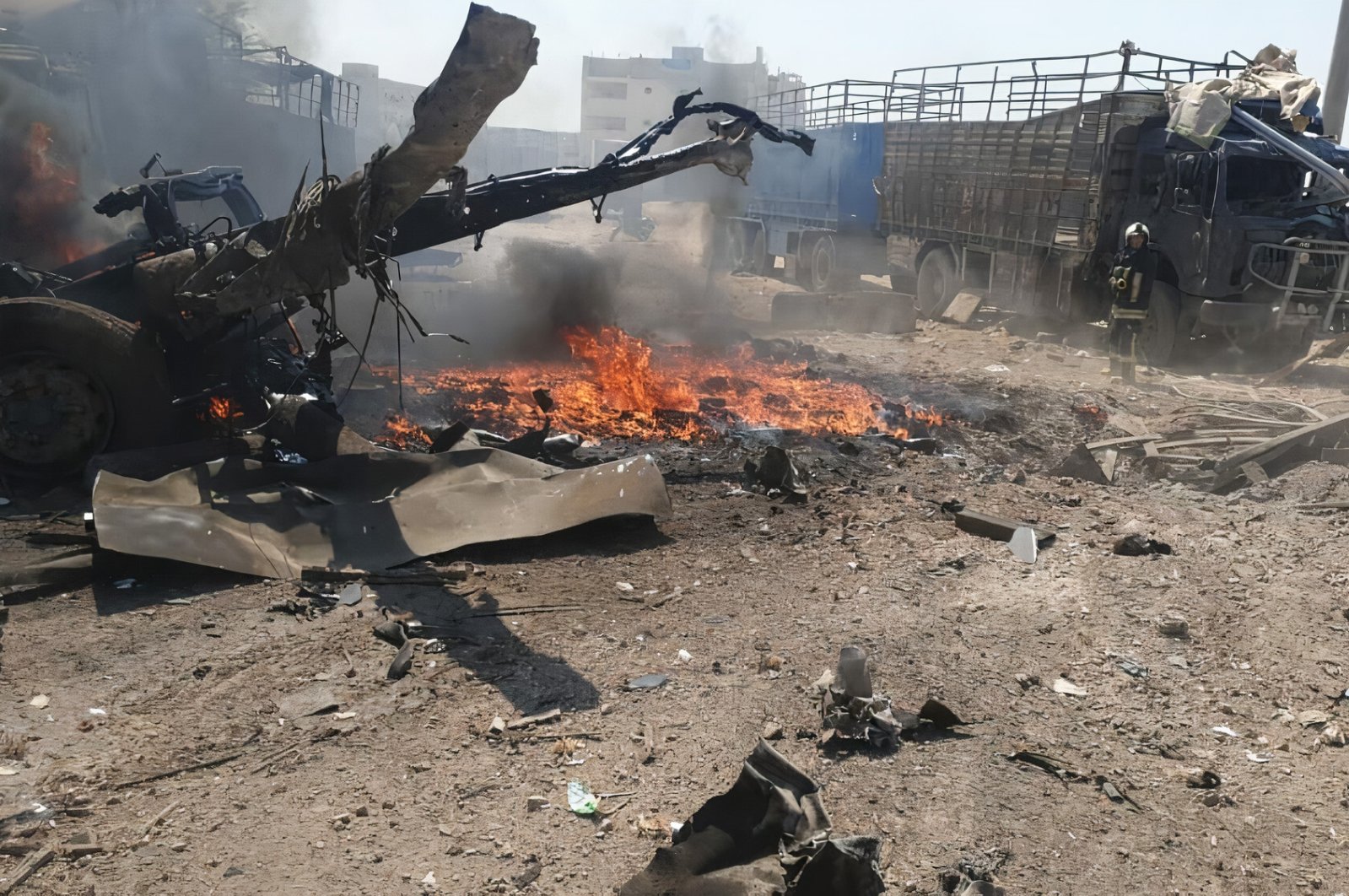 At least three civilians were injured after a car bomb explosion thought to be carried out by the PKK's Syrian offshoot YPG in northwestern Syria, a security source said Monday.

Security forces believe the YPG/PKK terrorist group might be behind the attack that also damaged some vehicles and businesses in the center of the Azaz district, said the source on condition of anonymity due to restrictions on speaking to the media.

In its more than 40-year terror campaign against Turkey, the PKK – listed as a terrorist organization by Turkey, the United States, and the European Union – has been responsible for the deaths of at least 40,000 people, including women, children, and infants.

Since 2016, Turkey has launched a trio of successful anti-terror operations across its border in northern Syria to prevent the formation of a terror corridor and to enable the peaceful settlement of residents: Euphrates Shield (2016), Olive Branch (2018) and Peace Spring (2019).