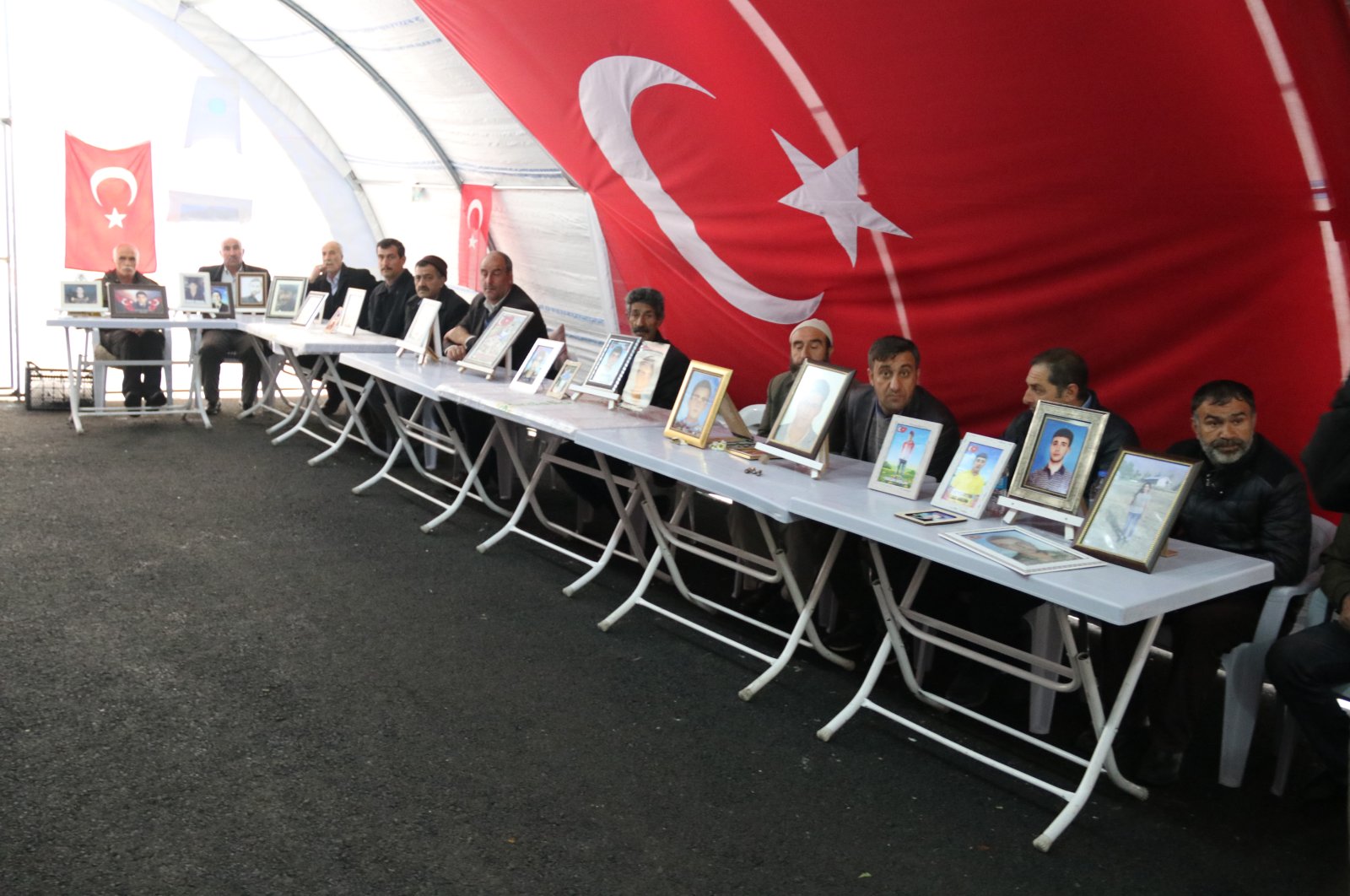 Three more families have joined the ongoing protest against the YPG/PKK terror group in Diyarbakır in southeast Turkey.

Naile Aykut, the mother of 24-year-old İsmail, said her son was kidnapped by the terror group two years ago while attending a preparatory course for university entrance exams.

“I want my son back. The HDP (Peoples' Democratic Party) and YPG/PKK deceived my son. I will stay here until my son returns,” she said.

Another mother, Guli Turan, demanded the return of her 23-year-old daughter Alev.

Stressing that there was no difference between the HDP and YPG/PKK terror group, Turan said she would not leave the protest until her daughter comes back.

Şemsettin Özcan and Şahinaz Özcan joined the protest for their son Atilla, 22, who they said was kidnapped twice by YPG/PKK terrorists.

They said Atilla had escaped and surrendered to Turkish security forces but was abducted again in 2016.

“The HDP took my son. We will continue protesting and will not leave until the HDP gives our son back to us,” the father said.

The protest started when Hacire Akar turned up at the doorstep of the HDP's Diyarbakır office one night. A week later, on Sept. 3, 2019, families inspired by Akar transformed her solo stance into a collective sit-in protest. Akar's son Mehmet returned home on Aug. 24, showing people that there is still hope.

They are treated well, allowed to contact their families and given access to a lawyer. The judicial process will be held.

Nongovernmental organization representatives were also present at the protest and pointed out that abducting a child for war and conflict falls under the U.N.'s category of crimes against humanity. Accusing the HDP of being indifferent to the fact that children are being handed guns and trained for war, the protesters voiced their anger and asked for the government's help.

In its more than 35-year terror campaign against Turkey, the YPG/PKK, listed as a terrorist organization by Turkey, the U.S. and European Union, has been responsible for the deaths of 40,000 people, including women, children, and infants. The YPG is the PKK’s Syrian offshoot.