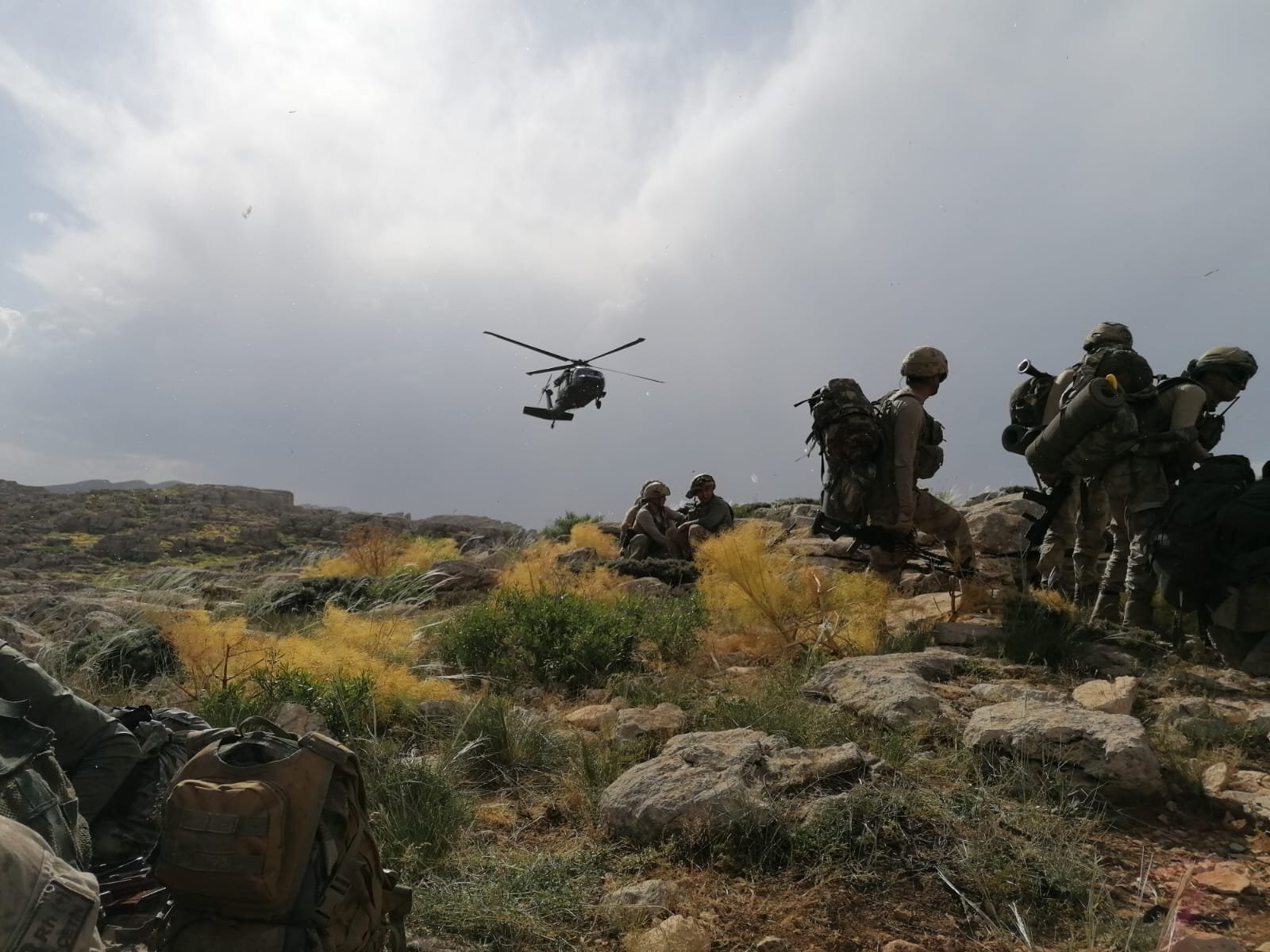 Three PKK terrorists in northern Iraq were killed by Turkish drones, according to the Turkish National Defense Ministry on Sunday.

"3 PKK terrorists spotted in the Gara region in northern Iraq ... trying to escape with a paramotor were neutralized by our UAVs," the ministry said on Twitter.

The total number of terrorists killed in the region has reached 53, it added.

Turkey launched Operation Claw-Eagle 2 on Feb. 10 to prevent the PKK and other terror groups from re-establishing positions used to carry out cross-border terror attacks. The operation was completed on Sunday.

Operations Claw-Tiger and Claw-Eagle were initiated last June to ensure the safety of Turks, and Turkey's borders.

In its more than 40-year terror campaign against Turkey, the PKK – listed as a terrorist organization by Turkey, the United States, and the European Union – has been responsible for the deaths of 40,000 people, including women, children and infants.