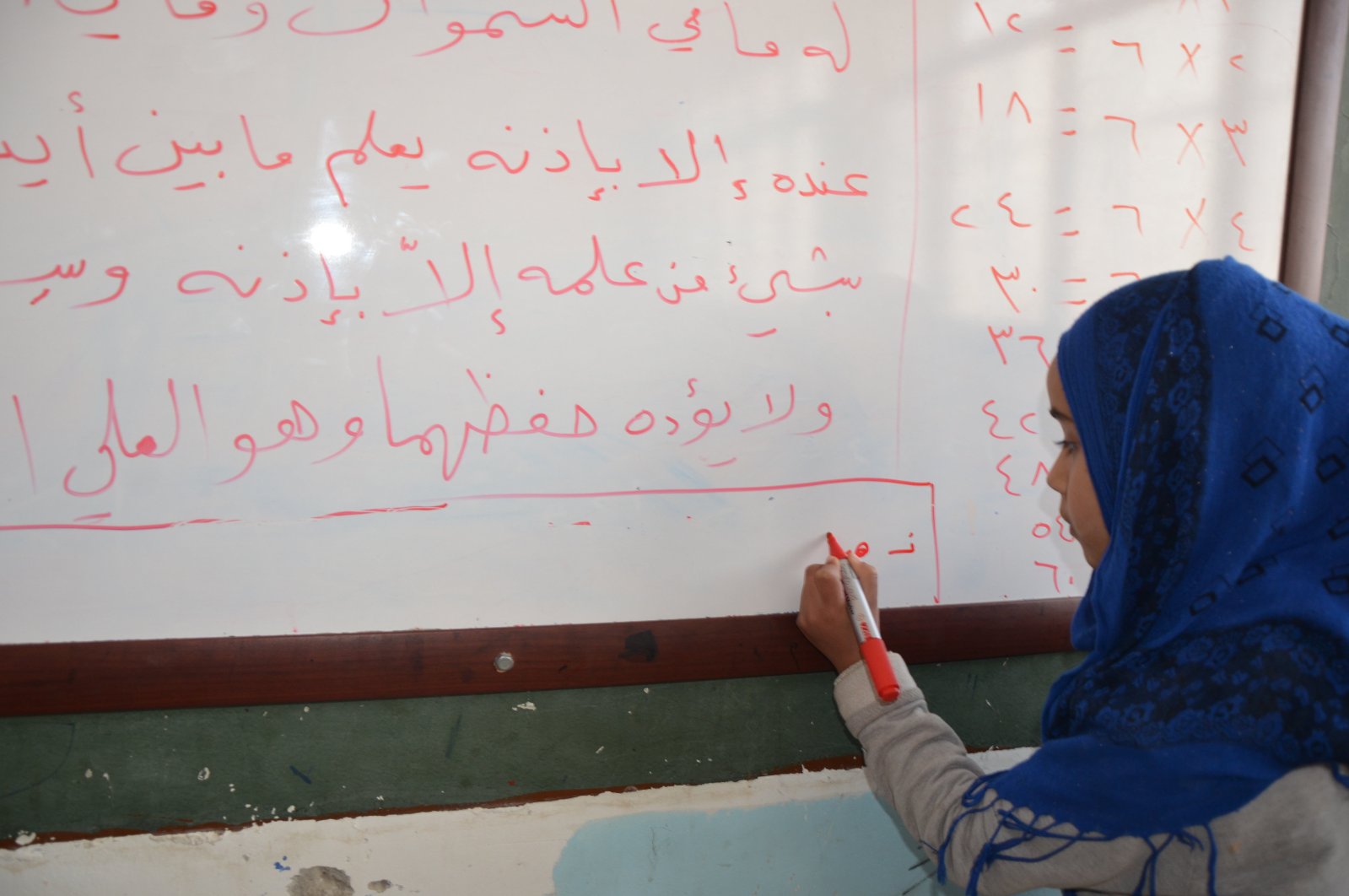 A girl in a school in northern Syria's Tal Abyad, which was cleared of terrorists with Operation Peace Spring in October 2019.
by DAILY SABAH Mar 14, 2020 7:20 pm

As a part of recovery efforts, 390 schools have been opened in northern Syria’s Peace Spring area which was cleared of YPG/PKK terrorists with a military operation in late 2019, Turkey’s National Defense Ministry said Saturday.

“Wounds opened by the YPG/PKK who took away the educational rights from Syrian children are finally being healed,” the ministry said in a video released on Twitter.

“In this context, 390 schools have now been opened by the #TurkishArmy in the #PeaceSpring area and 34,946 students are now attending school,” it added.

The video also shows some images of opened schools.

Since 2016, Turkey has conducted three successful operations in northern Syria against the YPG/PKK and Daesh – Operation Euphrates Shield in 2016-2017, Operation Olive Branch in 2018, and Operation Peace Spring.

Operation Peace Spring was launched on Oct. 9 to eliminate YPG terrorists from the area east of the Euphrates River in northern Syria in order to secure Turkey's borders, aid in the safe return of Syrian refugees and ensure Syria's territorial integrity.

In its more than 35-year terror campaign against Turkey, the PKK – listed as a terrorist organization by Turkey, the U.S. and EU – has been responsible for the deaths of nearly 40,000 people, including women and children. The YPG is the PKK's Syrian offshoot.