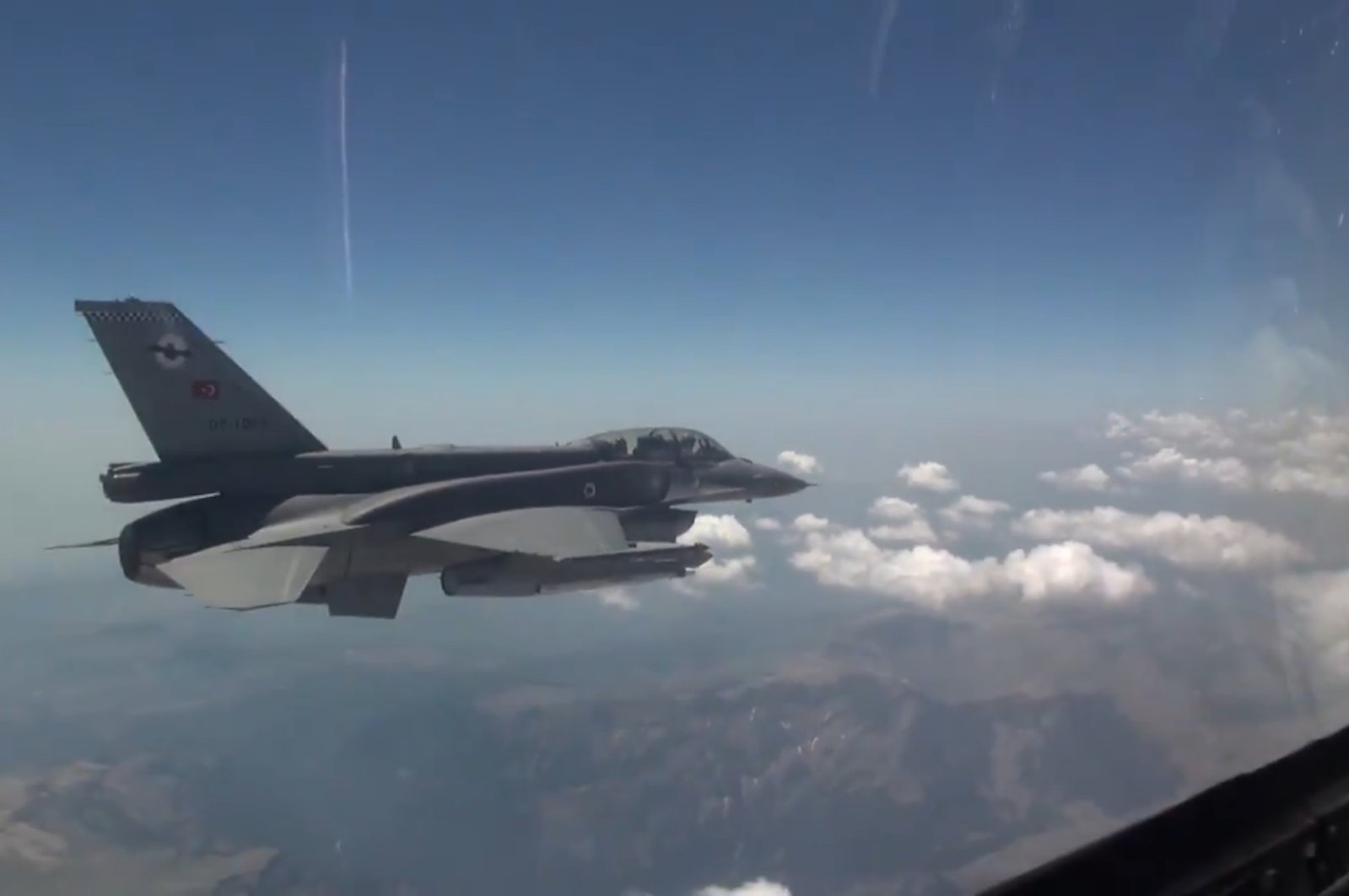 As part of Operation Claw-Tiger, which was launched a few days after Operation Claw-Eagle, the Turkish Armed Forces (TSK) has so far destroyed more than 500 PKK targets in northern Iraq's Haftanin region.
by DAILY SABAH Jun 19, 2020 9:37 pm
RECOMMENDED

The ministry said that airstrikes were carried out in the Zap region in coordination with the newly launched Operation Claw-Tiger.

"Our operations against the terrorist organization PKK resolutely continue. Some 4 PKK terrorists detected in the northern Zap region of Iraq were neutralized in an air operation,” it said.

The ministry also reported that one Turkish soldier died on Friday in clashes with PKK terrorists.

It said the Turkish soldier was wounded "in clashes with terrorists in the Operation Claw-Tiger area" and died in the hospital later, without providing details where exactly the clashes took place.

The airstrikes come amid Turkey’s Operations Claw-Tiger and Claw-Eagle in northern Iraq, launched this week to ensure the safety of the Turkish people and borders by neutralizing the threat of the PKK and other terrorist groups.

The Turkish Armed Forces (TSK) regularly conducts cross-border operations in northern Iraq, a region where PKK terrorists have hideouts and bases where it carries out attacks in Turkey. Iraq's Kurdish Regional Government (KRG) also previously called the PKK's presence in Sinjar unacceptable and urged the militants to leave the area.