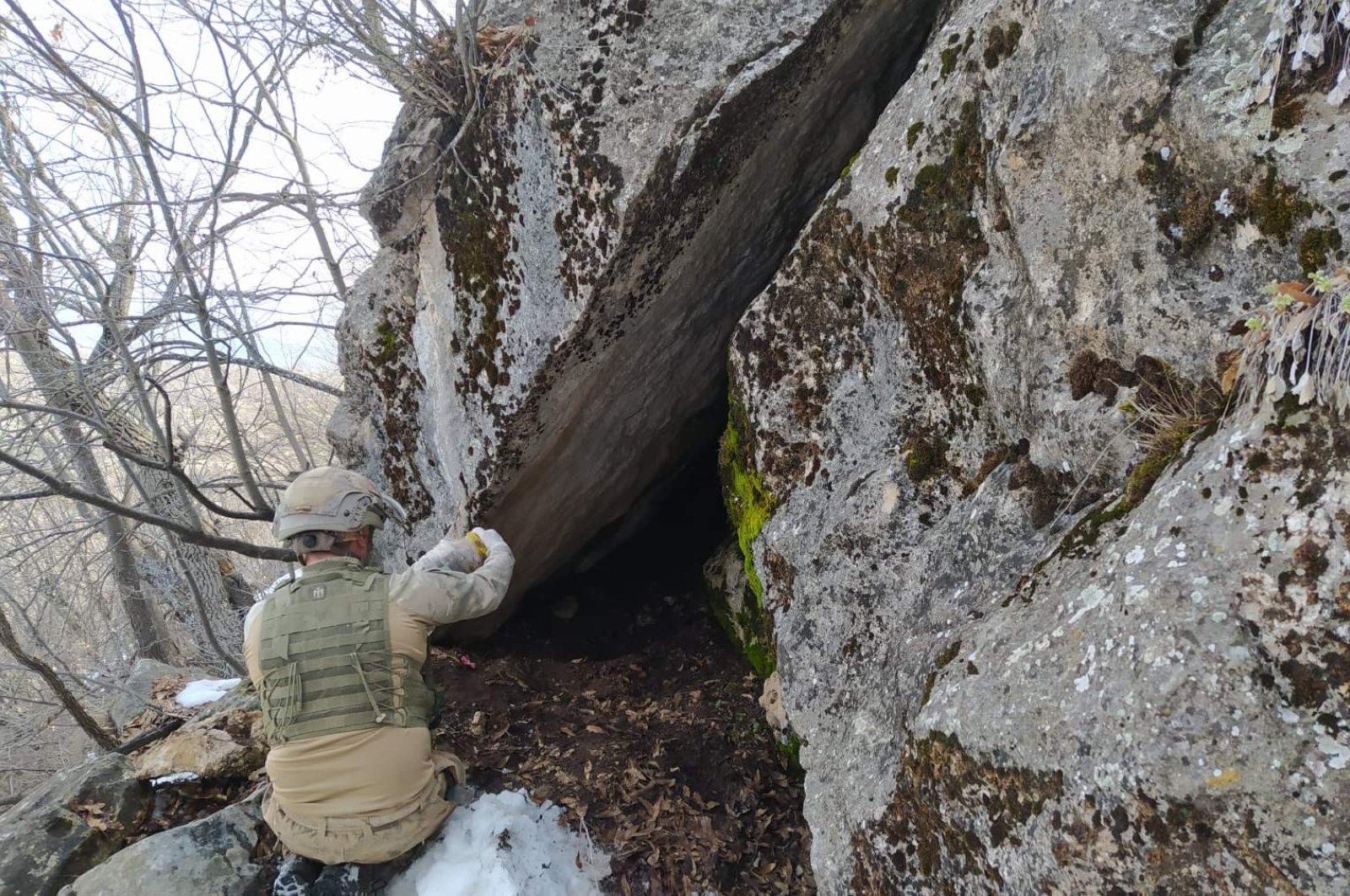 "The terror group's attempt to infiltrate the Operation Peace Spring zone with aims to disrupt the peaceful and secure environment was prevented by our heroic commandos. 4 YPG/PKK terrorists were neutralized in successful operation before reaching their aims," the ministry said on Twitter.

The YPG/PKK terrorists constantly change their locations in Iraq, Syria and Iran and hide in mountainous areas to avoid being caught by Turkish security forces.

Over 16,000 militants, including 242 senior terrorists, have been killed in these operations, which have also dealt a heavy blow to the PKK’s arms and ammunition supply and logistics network.

Meanwhile, Turkish security forces seized a large number of weapons and ammunition belonging to the PKK terror group during operations in southeastern Turkey and in northern Iraq.

The National Defense Ministry said on Twitter on Friday that security forces busted and destroyed PKK shelters during anti-terror operations in Çukurca, in the Hakkari province of southeastern Turkey, and northern Iraq's Haftanin region.

Turkish security forces regularly conduct counterterrorism operations in the eastern and southeastern provinces of Turkey where the PKK has attempted to establish a strong presence. The TSK also carries out cross-border operations in northern Iraq, a region where PKK terrorists have hideouts and bases from which they carry out attacks on Turkey. The operations intensified in July 2018 and gradually became routine.