5 including Turkish nationals killed, many injured in al-Shabab terrorist attack in Somalia 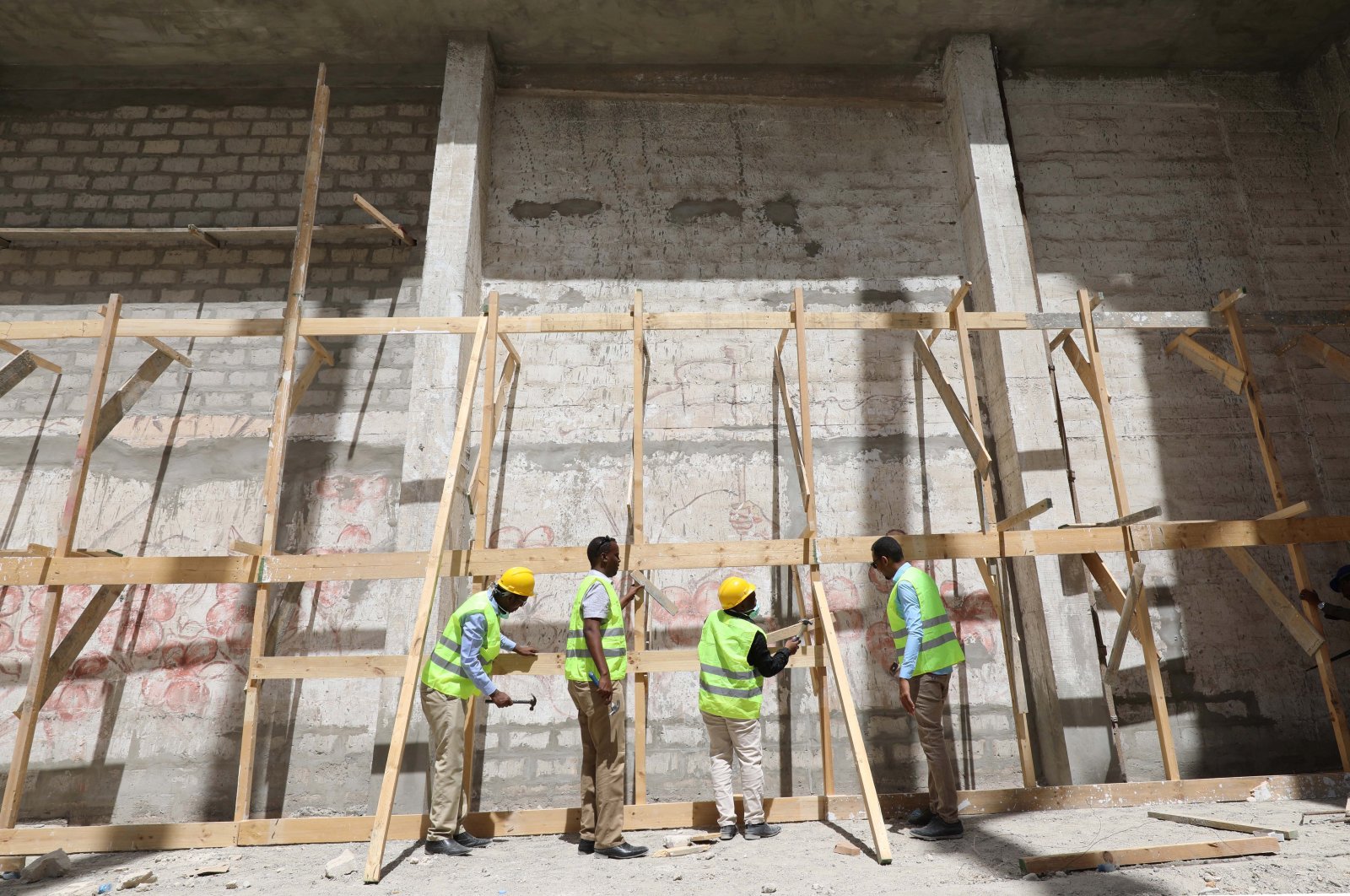 Despite US, Russian promises, YPG/PKK still close to Turkish border

Five people, including two Turkish nationals, were killed and more than a dozen others injured on Saturday after a suicide bomber carried out an attack on a road construction site in Somalia.

In a statement, the Turkish Foreign Ministry said the attack took place near the Mogadishu-Afgoya road construction work, which was funded by the Qatari government and conducted by a Turkish company. The ministry noted that four Turkish nationals have been injured in the attack. Health Minister Fahrettin Koca said a total of 14 people were injured in the attack.

Pledging solidarity with the Somalian government and people, the Foreign Ministry also condemned the attack, which was claimed by the al-Qaida-linked al-Shabaab terrorist group, according to a statement from its so-called military operation spokesman, Abdiasis Abu Musab.

Foreign Minister Mevlüt Çavuşoğlu spoke to relatives of the victims over phone, according to diplomatic sources speaking to the Anadolu Agency (AA).

He extended condolences to the families of those killed in the attack and wished a speedy recovery to the injured, the sources said. He also spoke to the owner of the company and received an update on the current situation, they added.

"I wish God's mercy upon those who lost their lives in the heinous terrorist attack against a Turkish company in Somalia and a speedy recovery to the injured people," Vice President Fuat Oktay said on Twitter, stressing that Turkish people have no other motive than helping the people of Somalia.

The bombing took place in the village of Lafole, located some 22 kilometers (13 miles) southwest of the capital Mogadishu, according to a local police officer. The wounded Turkish nationals were rushed to Erdoğan Hospital in Mogadishu for treatment.

This is the second time a road project has been attacked by al-Shabab. In January last year, a bomb-laden vehicle exploded in Afgoye, killing at least 15 people and wounding dozens, including several Turkish citizens. The attack temporarily halted the project, which recommenced a few months ago after security was improved.

A group of Turkish engineers was also among those caught in a blast that killed at least 90 people at a checkpoint in Mogadishu in December 2019.

Dismissing earlier reports that the attack targeted Turkish troops in the country, security sources said the perpetrator carried it out against Turkish workers by blowing himself up as he rode his motorcycle.

The attack took place some 15 kilometers (9 miles) away from the Turkish military base, Camp TURKSOM, in Mogadishu and no military personnel has been affected by the attack, the sources added.

Inaugurated in 2017, the Turkish base in Somalia is Ankara's biggest overseas military training base and among the largest foreign-run military centers in the war-torn country.

Turkey is one of Somalia's closest foreign partners and is among several nations training soldiers to take over from African peacekeeping force, AMISOM, whose troops are set to leave the country this year after 14 years.

In June, two people were killed when a suicide bomber targeted a Turkish military training base in Mogadishu. The bomber tried to conceal himself among young recruits, who had gathered to enlist in the academy.

Turkey's vast aid effort at the height of the 2011 famine endeared it to many Somali people and it has continued to pour in aid, much of it from private companies.

It has also built schools, hospitals and infrastructure and provided scholarships for Somalis to study in Turkey. President Recep Tayyip Erdoğan has visited Mogadishu several times and when he made his first trip there in 2011, he became the first non-African leader to visit the war-ravaged nation in 20 years.

Turkey also provided the African nation with over $400 million (TL 2.97 billion) in the biggest aid campaign for the country while it was struggling against the famine.

Earlier this year, Ankara sent planeloads of medical equipment to help the country deal with the coronavirus pandemic. During some of the worst attacks in Mogadishu, Turkey has often flown the wounded to its country for treatment.

In a separate development Saturday, the U.S. military said it had carried out two airstrikes against al-Shabab compounds near Qunya Barrow on Friday, the first such strikes of the year after more than 50 last year. A U.S. statement said both compounds were destroyed.

Somalia plunged into chaos after the 1991 overthrow of President Siad Barre's military regime, leading to years of clan warfare followed by the rise of al-Shabab, which once controlled large parts of the country and the capital.

After being pushed out of their main bastions by AMISOM in 2011, the terrorist group has continued to wage war against the government, with regular attacks on Mogadishu and neighbouring countries, which have contributed to the force.

Despite US, Russian promises, YPG/PKK still close to Turkish border