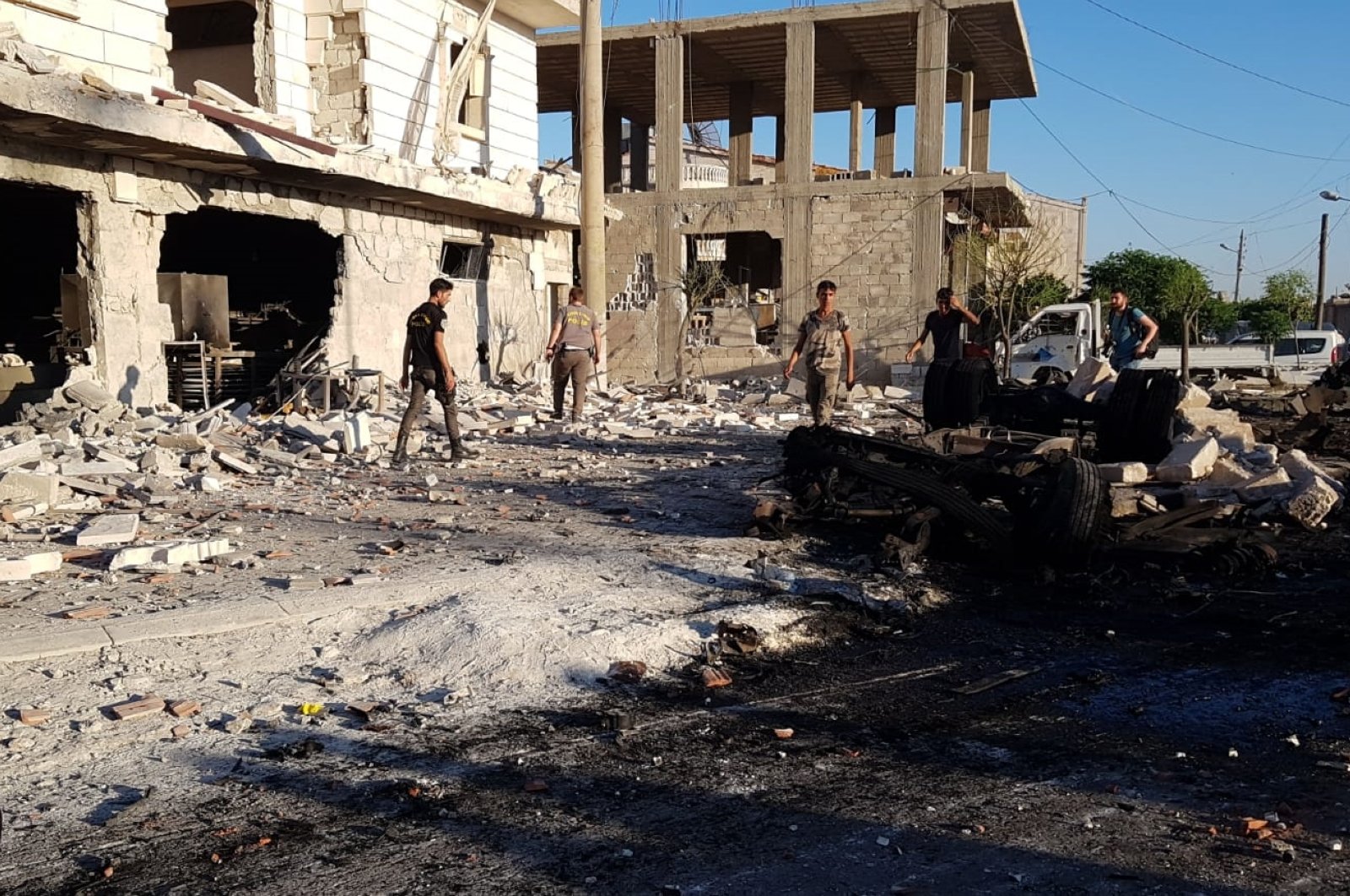 At least five civilians were killed and 85 injured on Sunday in a car bombing in northwestern Syria.

An explosives-laden vehicle blew up in the city of Azaz, according to a security source who asked not to be named due to restrictions on speaking to the media.

Fifteen injured civilians who were in critical condition were brought across the Turkish border to the city of Kilis for medical treatment.

Earlier Sunday, at least 13 people, including children, were injured in a terror attack in Afrin, also in northwestern Syria.

The bomb was placed in a Syrian National Army (SNA) vehicle that exploded in the Afrin district center, according to a security source who asked not to be named due to restrictions on speaking to the media.

YPG/PKK terrorists often carry out such attacks but do not claim responsibility as they end up harming civilians, the source added.

A police officer was killed and two civilians injured in a similar roadside bombing in the city on July 3.

In its more than 30-year-long terror campaign against Turkey, the PKK – listed as a terrorist organization by Turkey, the U.S. and the European Union – has been responsible for the deaths of nearly 40,000 people, including women, children and infants.

The YPG is PKK's branch in Syria, which has been mired in a civil war since early 2011.