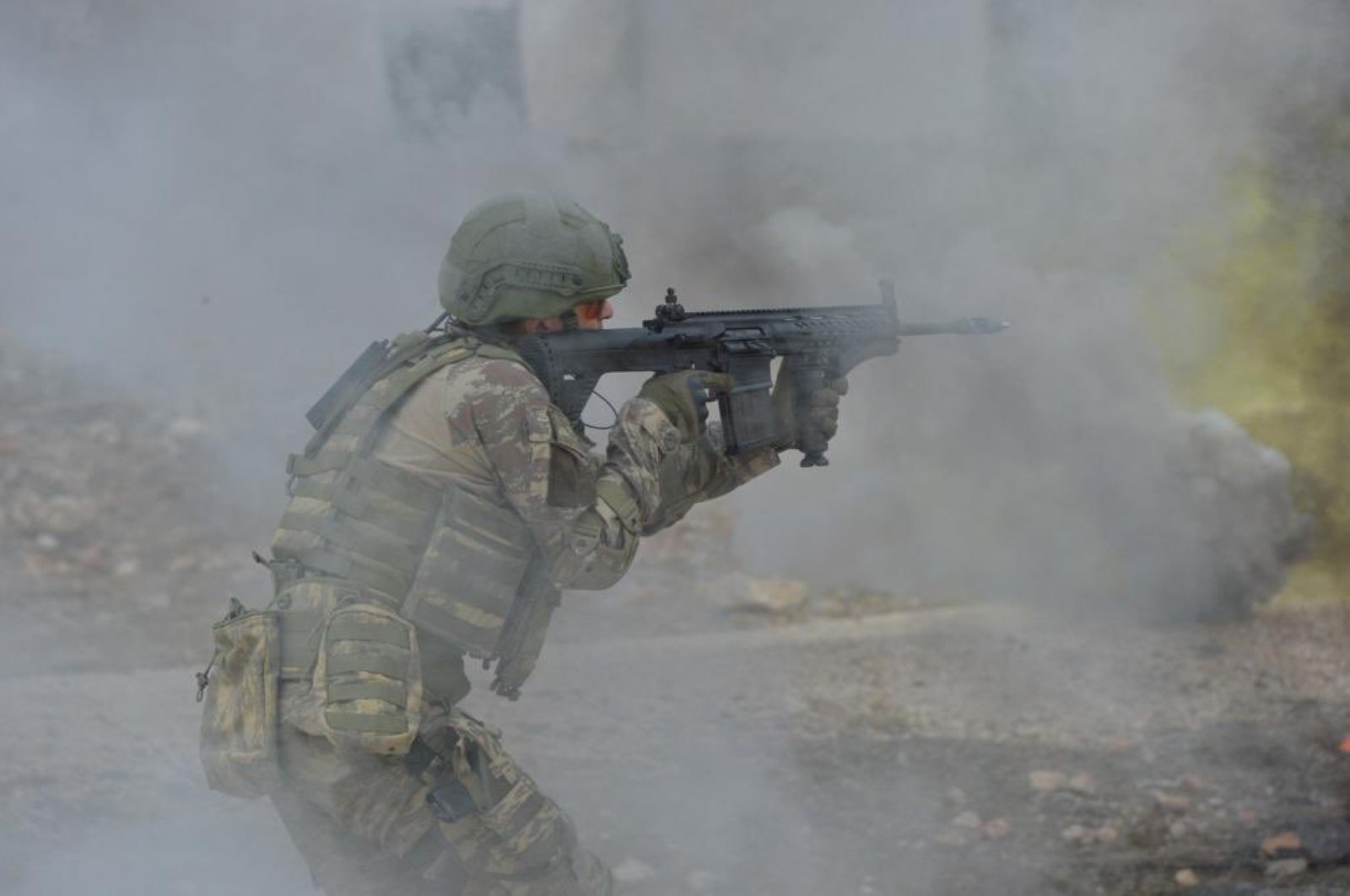 Turkish security forces have killed a total of five PKK terrorists in separate security operations in Iraq and Syria, officials said on Monday.

"Two PKK terrorists were neutralized in an air-backed operation in northern Iraq's Zap region," the National Defense Ministry said in a statement on Twitter.

Another three YPG/PKK terrorists were killed in a Turkish operation in northwestern Syria.

The counterterrorism operations will continue without any let-up, the ministry added.

Turkish security forces (TSK) regularly conduct counterterrorism operations in the eastern and southeastern provinces of Turkey where the PKK has attempted to establish a strong presence and bases. The TSK also conducts cross-border operations in northern Iraq, a region where PKK terrorists have hideouts and bases from where they carry out attacks on Turkey. The operations intensified after July 2018.

All the operations that the country conducts in Iraq have secured an area of 370 kilometers (230 miles), preventing terrorists from entering Turkey or gaining a foothold in the region. The area had served as the main base for terrorists between the Turkish border and their headquarters in the Qandil mountains near the border with Iran.

"Three PKK/YPG terrorists attempting to infiltrate the Operation Peace Spring zone were successfully neutralized by our heroic command," the ministry said on Twitter.