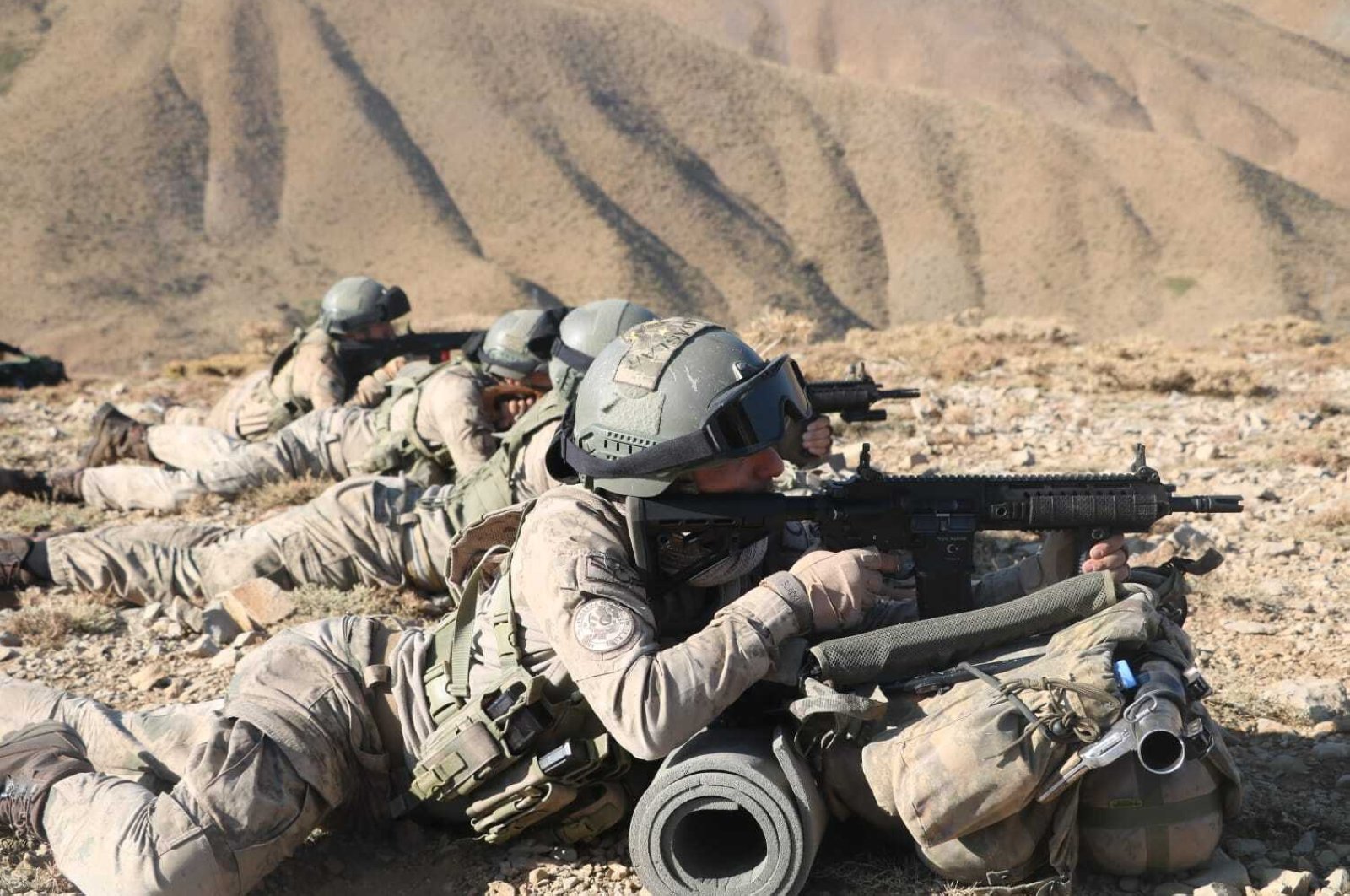 Five terrorists surrendered to Turkish security forces during Operation Lightning-11 Wednesday, Interior Minister Süleyman Soylu stated, adding that 29 terrorists had been eliminated in the past week as part of the counterterrorism campaign.

Soylu thanked the gendarmerie special forces, hailing them as heroes, in a tweet offering the latest numbers regarding the operation in the eastern province of Siirt.

Operation Lightning-11 Herekol was launched on Sept. 11 by the provincial gendarmerie command to eliminate terrorists suspected of hiding in the region and to eradicate terrorism.

As many as 1,003 personnel, including gendarmerie special operations units, police and security forces, are taking part in the effort.

Security forces have adopted an "ending terrorism at its root" and "attack rather than defense" strategy for operations across the country.