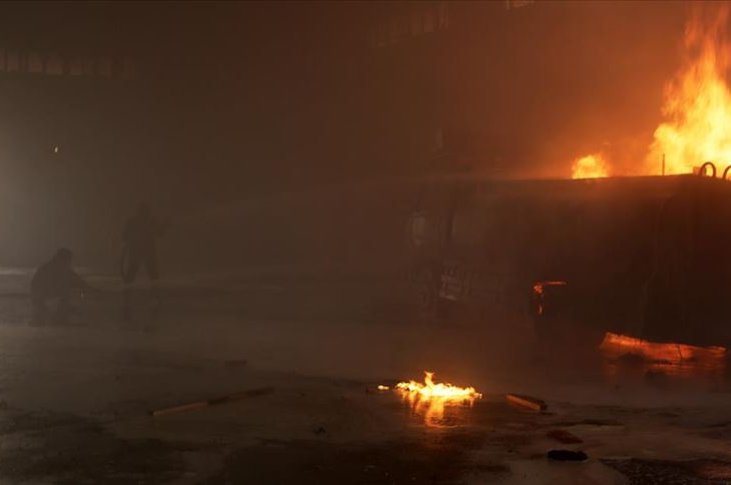 Six civilians, three of whom were children, were killed and seven others injured when a bomb-laden vehicle exploded in northern Syria’s opposition-controlled Tal Abyad that was cleared from terrorist elements with the Turkish Army-backed Syrian National Army.

Among the injured, four were transferred across the border to Turkey for treatment.

The workplaces in the area were also damaged due to the explosion.

Local security forces investigating at the scene emphasize the possibility that the attack was organized by the YPG/PKK terrorist organization.

Local police forces are also in search of another vehicle, which was thought to be placed with explosives as well.

The YPG/PKK is conducting terrorist attacks by targeting the Peace Spring Operation region that includes Rasulayn and Tal Abyad, from the Ayn Isa and Tal Tamr that are still under occupation of the terrorist organization.

In its more than 30-year terror campaign against Turkey, the PKK – listed as a terrorist organization by Turkey, the United States and the European Union – has been responsible for the deaths of nearly 40,000 people, including women, children and infants. The YPG is the PKK's branch in Syria, just across Turkey's southern border.