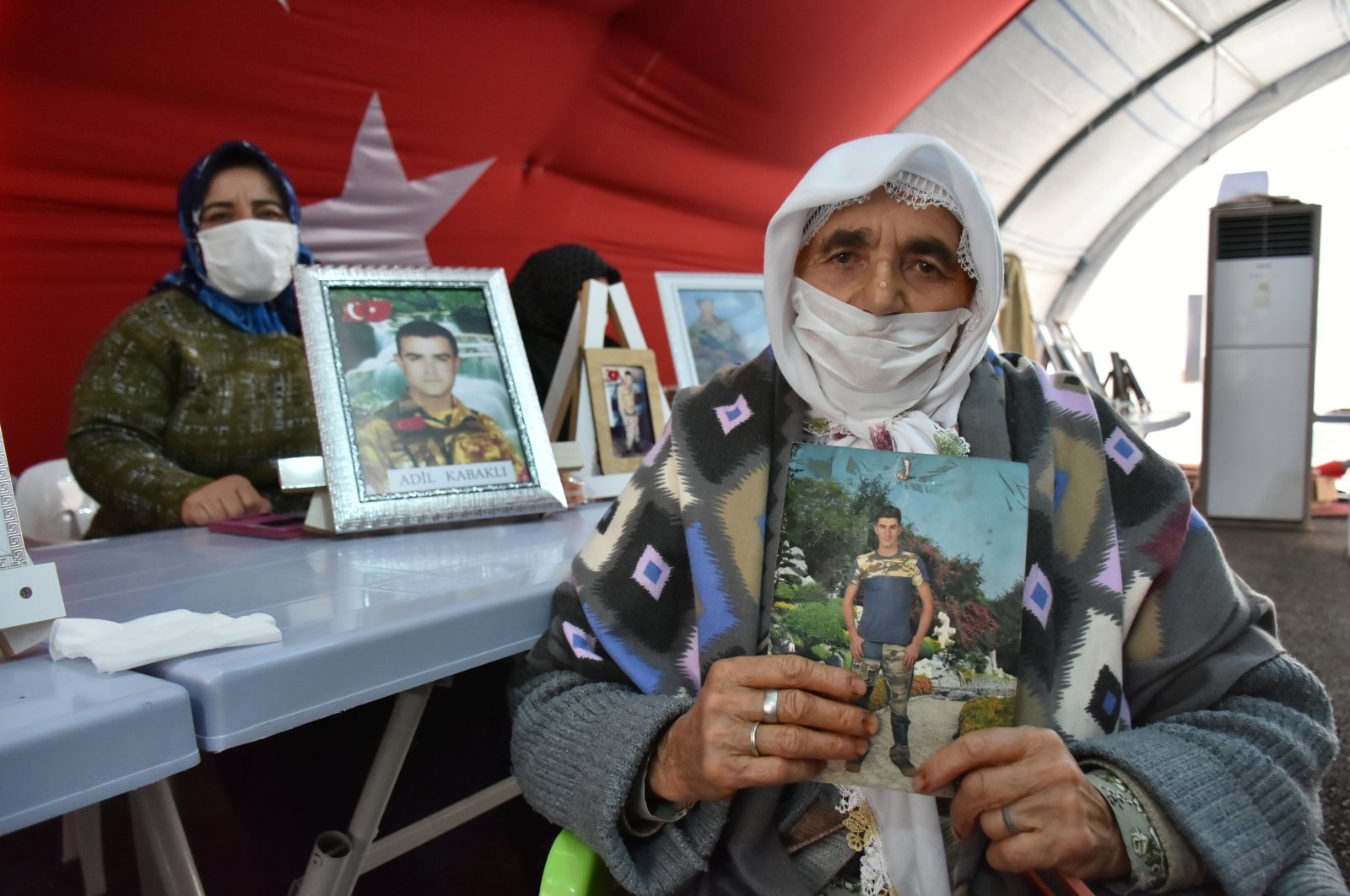 A 90-year-old mother on Thursday joined a sit-in protest against the PKK terrorist group in Turkey's southeastern Diyarbakır province to get her son back.

The mother joined the protest, which has been ongoing since Sept. 3, 2019, on its 430th day outside the office of the Peoples' Democratic Party (HDP). The protesting families blame the HDP for having a role in the abduction of their children by the PKK. The party is known for having links to the terrorist group.

Traveling from eastern Bingöl province, Cemile Koşar said her son Recep was deceived by HDP members and taken to the mountains to be recruited by the terror group.

Koşar said her son was 24 years old when kidnapped six years ago.

"They kidnapped my child. The HDP took my son away; I want him back from the HDP," she said.

Recep was abducted during elections, she said, adding that he had plans to go to Istanbul with his brother to work there.

"Whatever happened did happen during that election period. I have searched everywhere but could not find him," she said, calling on her son to return home.

In its more than 40-year terror campaign against Turkey, the PKK – listed as a terrorist organization by Turkey, the U.S. and EU – has been responsible for the deaths of some 40,000 people, including women, children and infants.