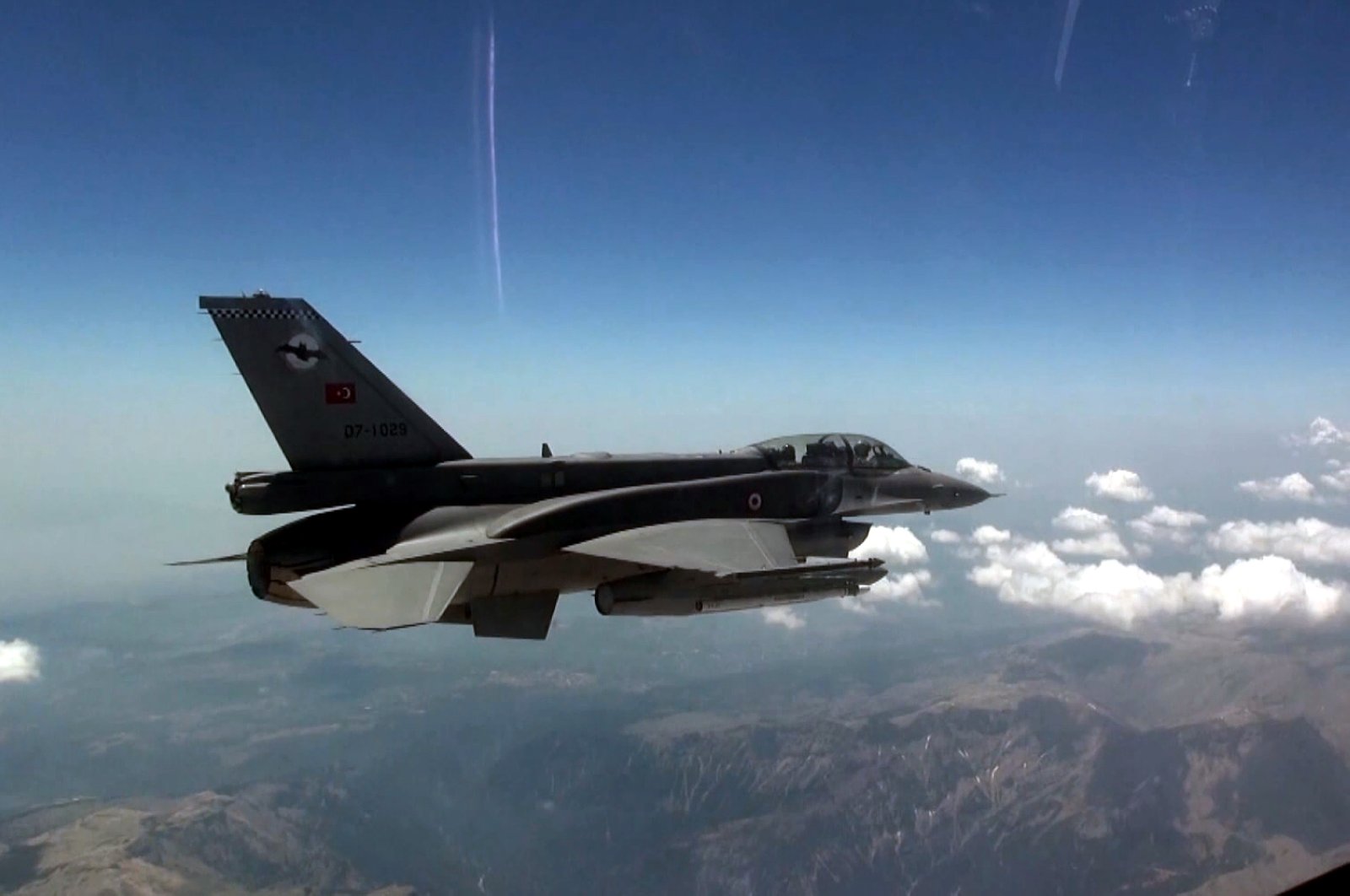 As part of Operation Claw-Tiger, which was launched a few days after Operation Claw-Eagle, the Turkish Armed Forces (TSK) has so far destroyed more than 500 PKK targets in northern Iraq's Haftanin region.
by DAILY SABAH WITH AA Jun 19, 2020 11:21 am
RECOMMENDED

Ankara expects Iraq to "act in cooperation and harmony" with Turkey's fight against the PKK terror group, an official said Thursday.

"The operations Claw-Eagle and Claw-Tiger being carried out by the Turkish Armed Forces in the northern regions of Iraq target the PKK terrorist organization, which threatens the national security of our country as well as the territorial integrity and sovereignty of Iraq," Hami Aksoy, a Foreign Ministry spokesman, said in a written statement.

Aksoy said that these issues were also brought up to the relevant Iraqi authorities by Turkey's ambassador in Baghdad.

On Monday, the ministry announced the start of Operation Claw-Eagle in northern Iraq, noting that Turkish fighter jets had destroyed caves where terrorists were taking shelter. The mission was carried out against bases in Sinjar, Qandil, Karacak, Zap, Avasin-Basyan and Hakurk to ensure the security of the Turkish people and the country's borders by eliminating the PKK and other terrorist organizations that have been stepping up their harassment and attack attempts against military bases and the police.

As part of Operation Claw-Tiger, which was launched a few days after Operation Claw-Eagle, the Turkish Armed Forces (TSK) has so far destroyed more than 500 PKK targets in northern Iraq's Haftanin region so far. As part of the latest update on the operation, it has also been reported that three PKK terrorists were killed on Friday.

In response to the fresh cross-border anti-terror operations, Baghdad Thursday demanded that Ankara halt its operation in northern Iraq, saying, “We stress that Turkey must stop its bombardment and withdraw its attacking forces from Iraqi territory.” The statement follows Iraq's summoning of Turkey's Baghdad envoy Fatih Yıldız on Tuesday.

Ambassador Yıldız tweeted he had informed Iraqi officials that Turkey would "fight the PKK wherever it is" if Iraq did not "take any steps" to remove the PKK's presence.

The senior Turkish official, who requested anonymity, said Ankara began the operations after talks with Iraqi authorities on ridding its border of terrorists and targeting the PKK's routes and logistic capabilities.

"The plan is to establish temporary base areas (to) prevent the cleared regions from being used for the same purpose again. There are already more than 10 temporary bases there. New ones will be established," the official said.

Turkey has long been stressing that it will not tolerate threats posed to its national security and has called on Iraqi officials to take the necessary steps to eliminate the terrorists. Ankara previously noted that if the expected steps are not taken, it would not shy away from targeting the group. Iraq's Kurdistan Regional Government (KRG) also previously called the PKK's presence in Sinjar unacceptable and urged the militants to leave the area.