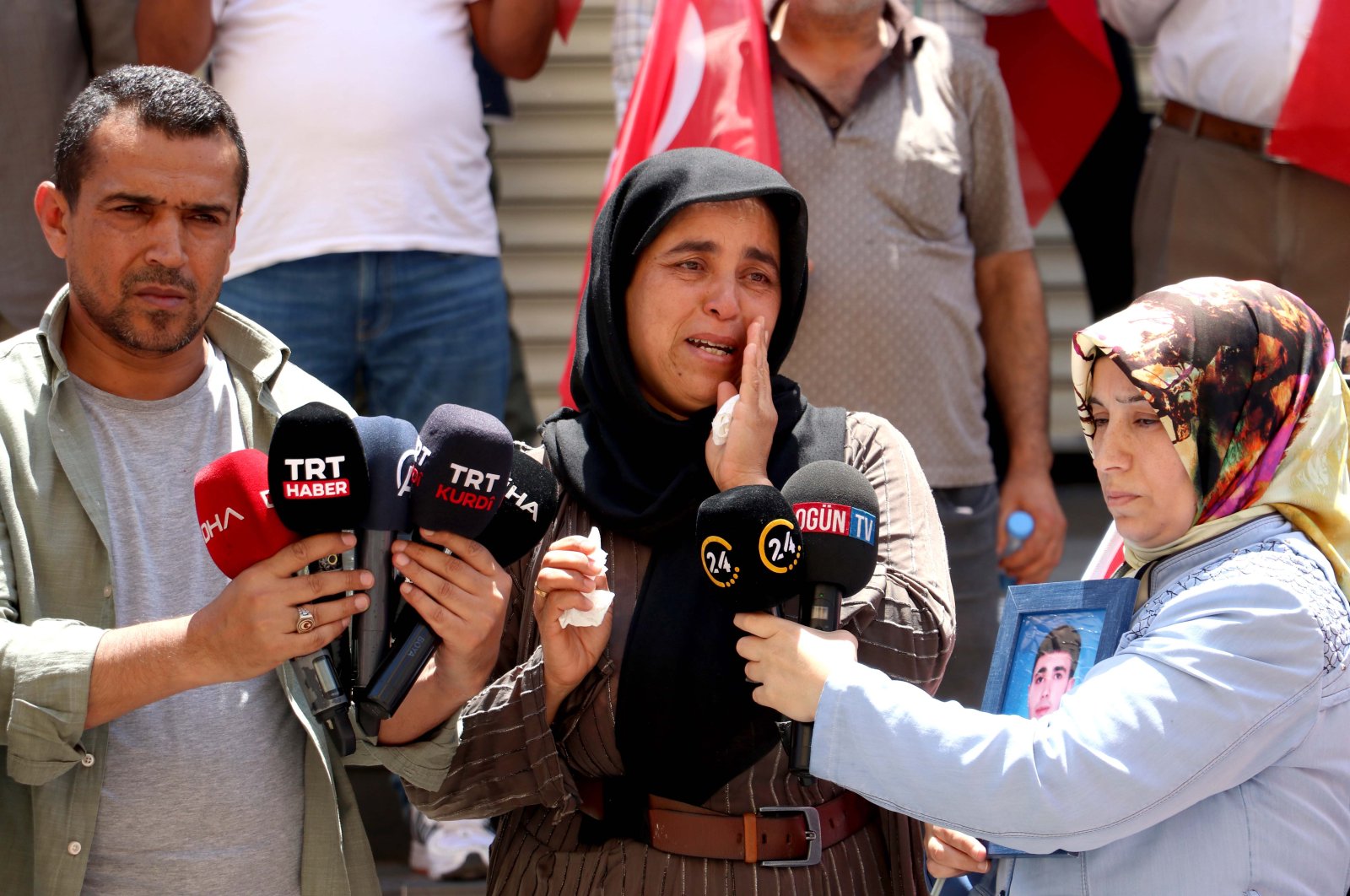 One more family joined the ongoing protest in front of the Peoples' Democratic Party (HDP) headquarters in southeastern Diyarbakır province on Wednesday.

Abdulkadir Eslek, who joined the sit-in along with his wife Zeliha, said his son Isa was kidnapped six years ago when he was just 15. The number of families protesting against the PKK at the sit-in has risen to 303.

"I want my son back from the HDP. We are here for him," Eslek said. Speaking to Anadolu Agency (AA), Zeliha said: "All mothers (of the abducted children) are devastated."

The protest started when Hacire Akar turned up at the doorstep of the HDP’s Diyarbakır office one night, demanding to be reunited with her son. Akar’s son Mehmet returned home on Aug. 24, 2019, giving hope to other families. A week later, on Sept. 3, 2019, families inspired by Akar staged a collective sit-in protest.

Demonstrations have since spread to other provinces, including Van, Muş, Şırnak and Hakkari.

Families have not given up their posts despite difficult conditions, at times being threatened or ridiculed by the HDP officials and those with links to the PKK terrorist organization. The protests continued despite the coronavirus pandemic, with the families taking the necessary precautions.