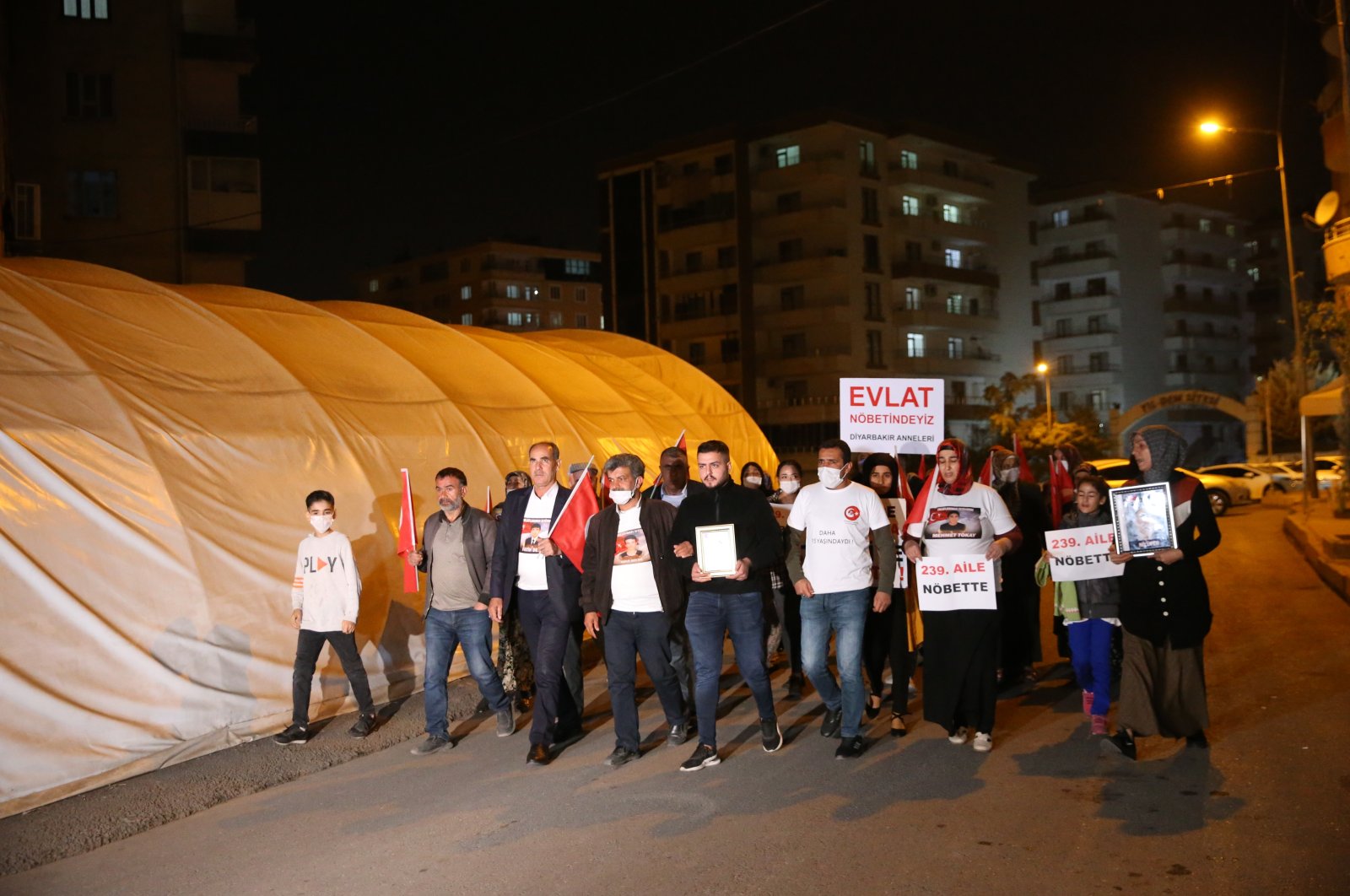 One more family has joined the ongoing protests against the PKK’s activities in front of the People's Democratic Party (HDP) headquarters in southeastern Diyarbakır.

Families that have been protesting for 786 days now, continue to wait for their children well into the night, holding the photos of their sons or daughters who have either been deceived or abducted by the terrorist group.

Serdar Yıldız decided to join the sit-in for his brother Mahsun who was abducted at the age of 17 in 2015.

Yıldız said his brother was deceived by the HDP and handed over to the PKK six years ago.

“I believe that every bloodshed in Turkey is linked to the HDP. I want my brother to come back. I do not want to hear my mother cry every night.”

Other families called on everyone to join the protest and support them when they mark the 800th day in front of the HDP building.

A significant number of suspected terrorists have begun to flee the PKK and surrender but many terrorists lack the courage to leave the group out of fear of severe punishment if caught.