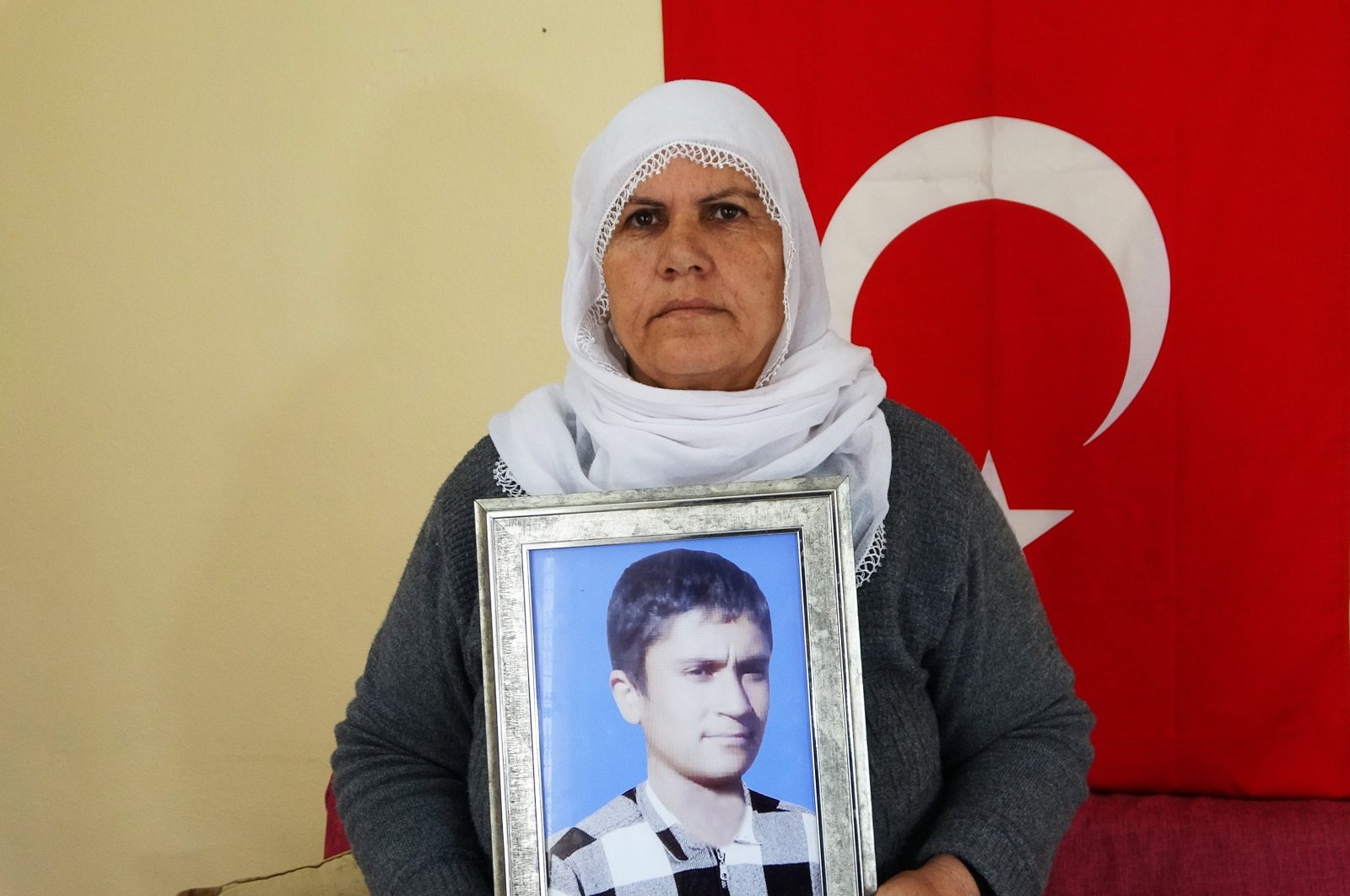 A mother protesting her son’s abduction by the PKK terrorists in Turkey’s Muş province condemned the pro-PKK Peoples’ Democratic Party (HDP) for helping the terrorists recruit children as she called on her son to surrender.

Naciye Sönmez Yıldız, whose son was abducted in 2015 at the age of 15, told Ihlas News Agency (IHA) that her son was deceived into joining the terrorists when he was attending school in Tatvan. She noted that she did not hear from her son for two years.

“After two years, they told me that my son had been kidnapped, I could not do anything as I was alone and sick because I had just gone under surgery,” Yıldız said, as she cursed the HDP for taking children away from their families.

She noted that the party deceives children into joining the terrorists.

“What do they want from us, from our children?” she said.

She also called on her son to surrender to Turkish security forces and said she will continue to protest until all children are reunited with their families.