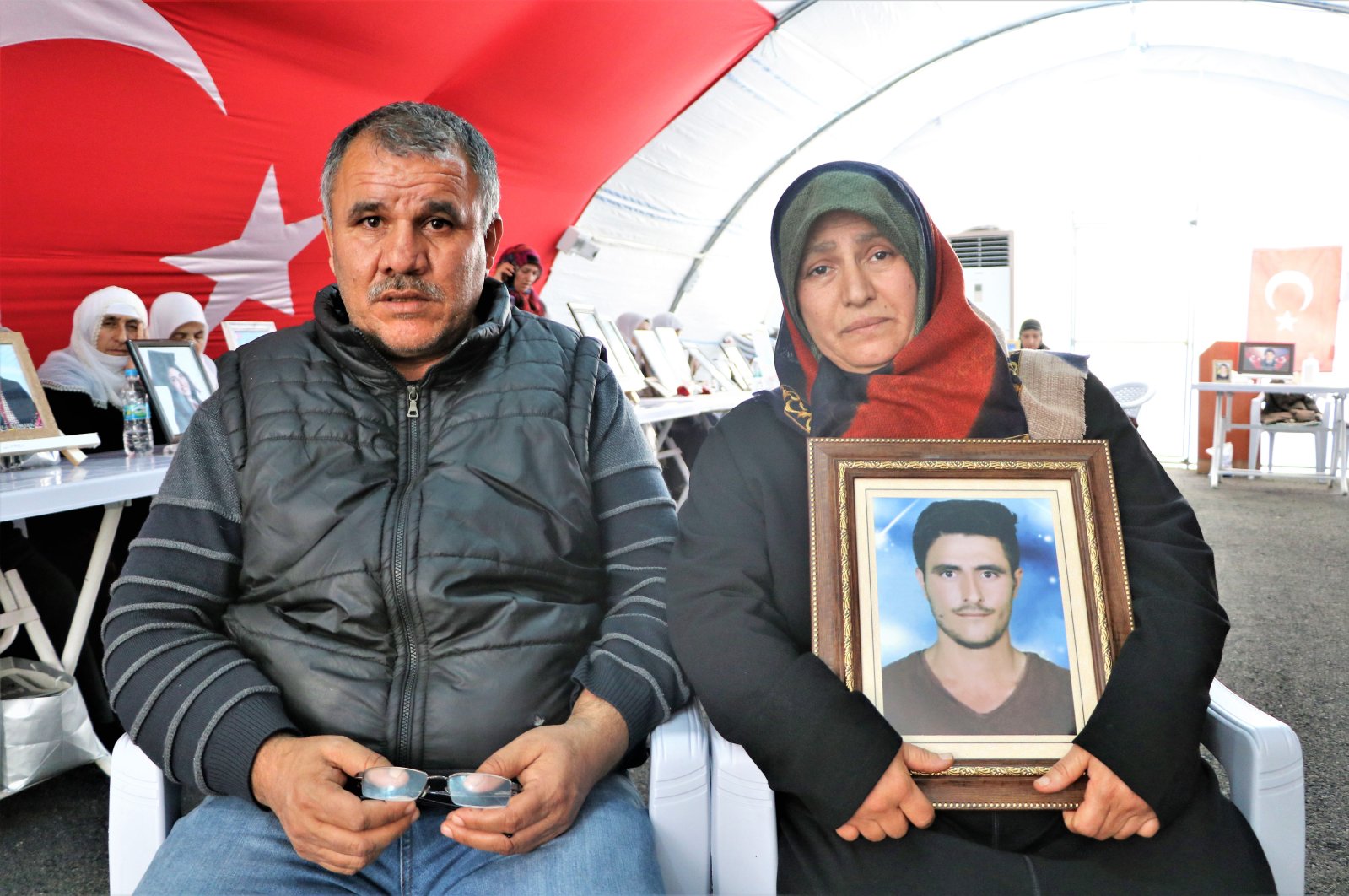 One more family has joined the sit-in protest taking place in front of the Peoples' Democratic Party (HDP) headquarters in the southeastern province of Diyarbakır, where the parents of children who have been kidnapped and taken to the mountains by the PKK terrorist group are demanding their return.

Fikriye and Zeynel Abidin Kılıç, the father and mother of Hasan Kılıç, arrived from Şanlıurfa to join the protest started by Diyarbakır mothers on Sept. 3, 2019. The victims’ families have held HDP responsible for the kidnapping of their children and demanded their return.

Hasan’s mother said her son was deceived and taken to the mountain two years ago while studying at Van’s Yüzüncü Yıl University.

“I want my son to come back. If you can hear my voice, son, come back. They fooled you and pulled us apart,” she said.

She holds the HDP responsible for the tragedy and wants her son to get an education and travel around the world. In her view, there is no possibility that he made this decision to go to the mountain by himself.

“I want the HDP to bring back my son,” she said.

Hasan’s father stated that they had gotten involved in the sit-in protest in order to reach their son, saying the pair had been living almost “half-dead” for two years in his absence.

“I want my son back from the HDP; no one else could have taken him,” Kılıç said.

"They took my son from me; I want him back. If you can hear my voice, come to the state. No harm will come to you from the state. I hold the HDP responsible for my son's removal, I want my son back from them,” he added.

In 2011, families whose children were kidnapped by the PKK terrorist organization gathered for a sit-in protest in Diyarbakır to show their discontent toward HDP officials. Nongovernmental organization (NGO) representatives were also present at the protest and pointed out that abducting a child for war and conflict falls in the U.N.'s category of crimes against humanity. Blaming the HDP for being indifferent to the fact that children are being handed guns and trained for war, the protesters voiced their anger and asked for the government's help.