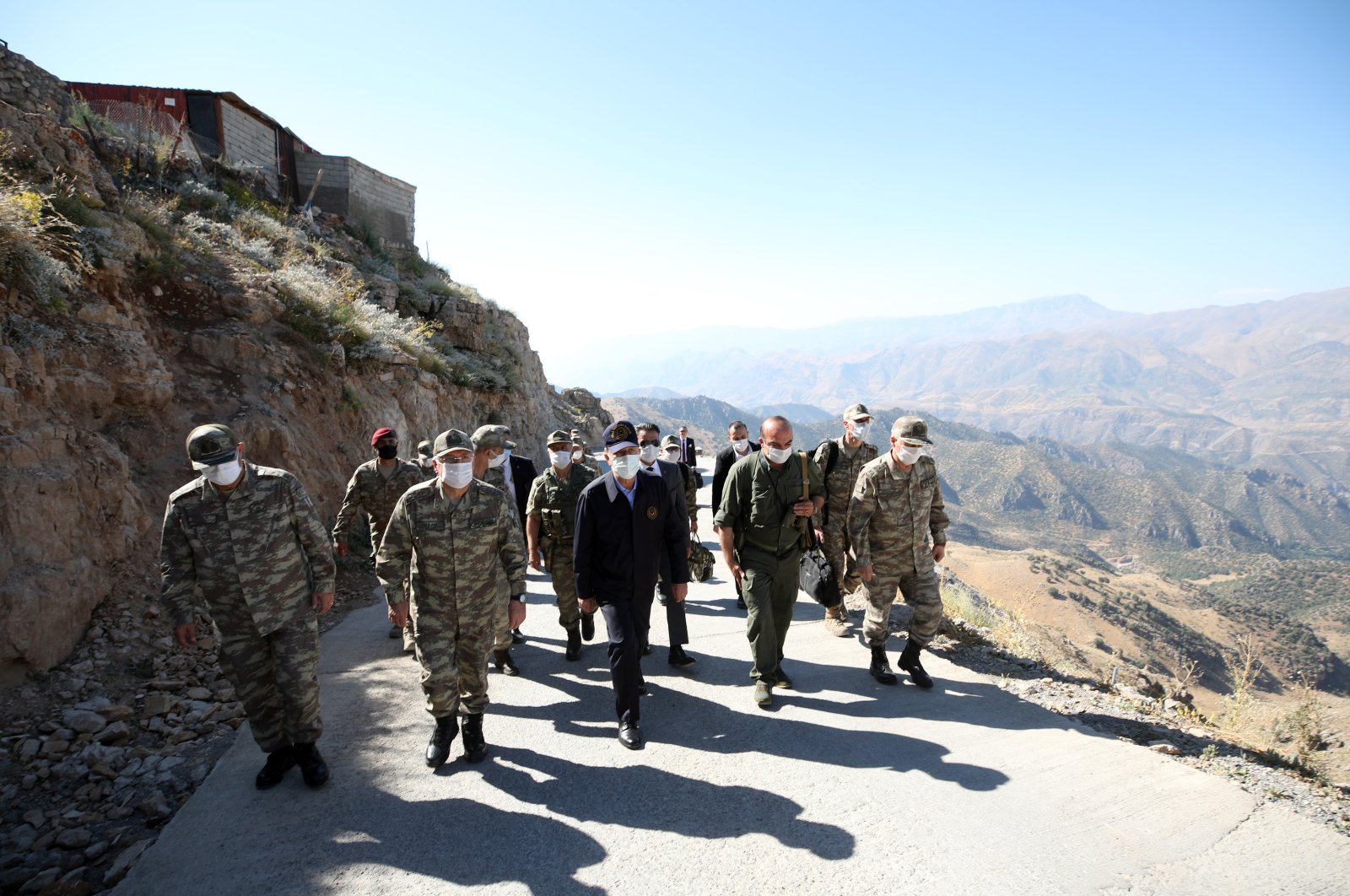 Akar said the Claw-Eagle and Claw-Tiger operations, which started June 16, have been successfully continuing for the last 48 days.

"In the operations carried out by Turkish forces, 83 terrorists have been neutralized so far. A total of 359 mines/handmade explosives and 267 shelters were detected,” he said.

"A large number of weapons were seized in these shelters and caves, including 13 AT-4 anti-tank missiles, two guided missiles, 15 DShK (anti-aircraft weapons), 88 AK-47 infantry rifles, and 299 hand grenades," Akar added.

Akar also said an operation against the PKK positions in northern Iraq's Haftanin region was successfully carried out Saturday, adding that some top terrorists were killed during the operation.

"Our fight against terrorism will resolutely continue until the last terrorist is neutralized," he noted.

The terror group uses various tools to wrongfully accuse Turkish forces of destruction in the areas it has cleared in successful counterterrorism operations, said the sources who asked not to be named due to restrictions on speaking to the media.

Akar also went to the Yüksekova district of southeastern Hakkari province by helicopter to inspect the border troops.

Operation Claw-Tiger was initiated a few days after Operation Claw-Eagle, which was launched in order to ensure the security of the Turkish people and the country's borders by eliminating the PKK and other terrorist organizations that have been stepping up their harassment and attack attempts against the police and military bases.

In addition to cross-border operations, Turkish security forces regularly conduct counterterrorism operations in the eastern and southeastern provinces of Turkey, where the PKK has attempted to establish a strong presence.

Interior Minister Süleyman Soylu said Monday that 474 PKK terrorists, including 64 senior figures who are on the country’s most-wanted list, have been eliminated in 2020 so far.

In its more than 40-year terror campaign against Turkey, the PKK – listed as a terrorist organization by Turkey, the U.S., and the European Union – has been responsible for the deaths of 40,000 people, including women, children and infants.