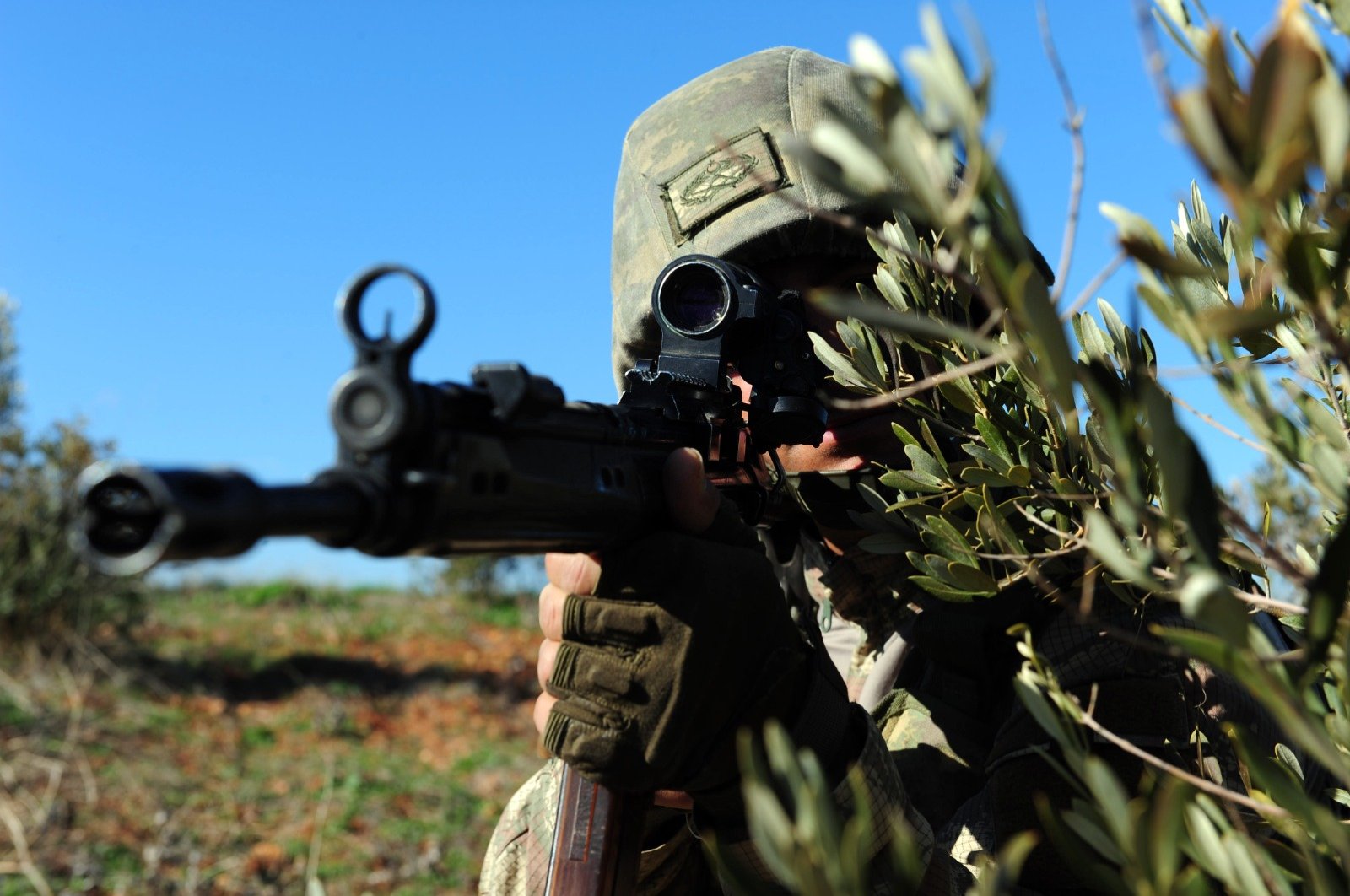 A Turkish soldier participates in a counterterrorism operation against the PKK in this undated file photo. (Defense Ministry handout)
by Anadolu Agency Jun 16, 2020 10:34 am
Edited By Şeyma Nazlı Gürbüz
RECOMMENDED

Arab tribes in Iraq announced their support Monday for Turkey's operations against the PKK terrorist organization in the country's north.

The move came after Operation Claw-Eagle was launched early Monday to ensure the security of the Turkish people and the country's borders by neutralizing the PKK and other terrorist organizations that have been stepping up harassment and attack attempts against the police and military bases.

Innocent Arab women are currently being held in prisons controlled by the PKK terror group on Mount Sinjar in northern Iraq, Muzahim al-Hewitt, a spokesman for the Arab tribes of Kirkuk, Salahuddin and Diyala provinces, said in a statement.

Al-Hewitt said that they considered the operation as a response to the torture and rape of women in these prisons.

Nearly 80 Arabs, including women, are being held in eight secret underground prisons in Sinjar without any charges, he said.

He stressed that the terror group has committed crimes against humanity in Sinjar, Makhmour and the surrounding regions.

Al-Hewitt called on the Iraqi central government, Iraqi parliament, the Kurdish Regional Government (KRG) and the parliament in Irbil to take a decision to pave the way for the withdrawal of the PKK from the country's north.

The Turkish jets destroyed at least 81 targets amid airstrikes against terrorists in northern Iraq during the operation, according to a Monday's statement by the Defense Ministry.

"While planning and executing the operation, Turkish forces took great care to protect the lives and property of civilians, as well as the environment," added the ministry.

The Turkish jets safely returned to their bases following the operation, the statement further added.

Along with the jets, unmanned aerial vehicles (UAVs) and refueling aircraft also took part in the operation.

In its more than 40-year terror campaign against Turkey, the PKK – listed as a terrorist organization by Turkey, the U.S. and the European Union – has been responsible for the deaths of nearly 40,000 people, including women and children. The YPG is the PKK's branch in Syria, just across Turkey's southern border.

During ongoing operations in the region, Turkish fighter jets killed two PKK terrorists in northern Iraq on Tuesday, according to the Defense Ministry.

Air-backed operations were carried out in the Gara region, the ministry said on Twitter.

The ministry added that the Turkish army was "resolute" to eliminate the threat posed by the PKK, whose terrorists often take shelter in northern Iraq to plan cross-border attacks in Turkey.

Ankara has been warning the PKK to withdraw its forces from the Sinjar area for a long time as it is located some 90 kilometers (56 miles) south of the border with Turkey, while Karacak is 150 kilometers (93 miles) away from the country.

The PKK terrorist group managed to establish a foothold in Sinjar in mid-2014, on the pretext that it would protect the local Yazidi community from Daesh. Since then, the PKK has reportedly established Sinjar as a new base for its logistical and command-and-control activities.

Turkey has long been stressing that it will not tolerate threats to its national security and has called on Iraqi officials to take the necessary steps to eliminate the group. Ankara previously noted that if the expected steps were not taken, it would not shy away from targeting the terror elements itself, particularly in Sinjar.