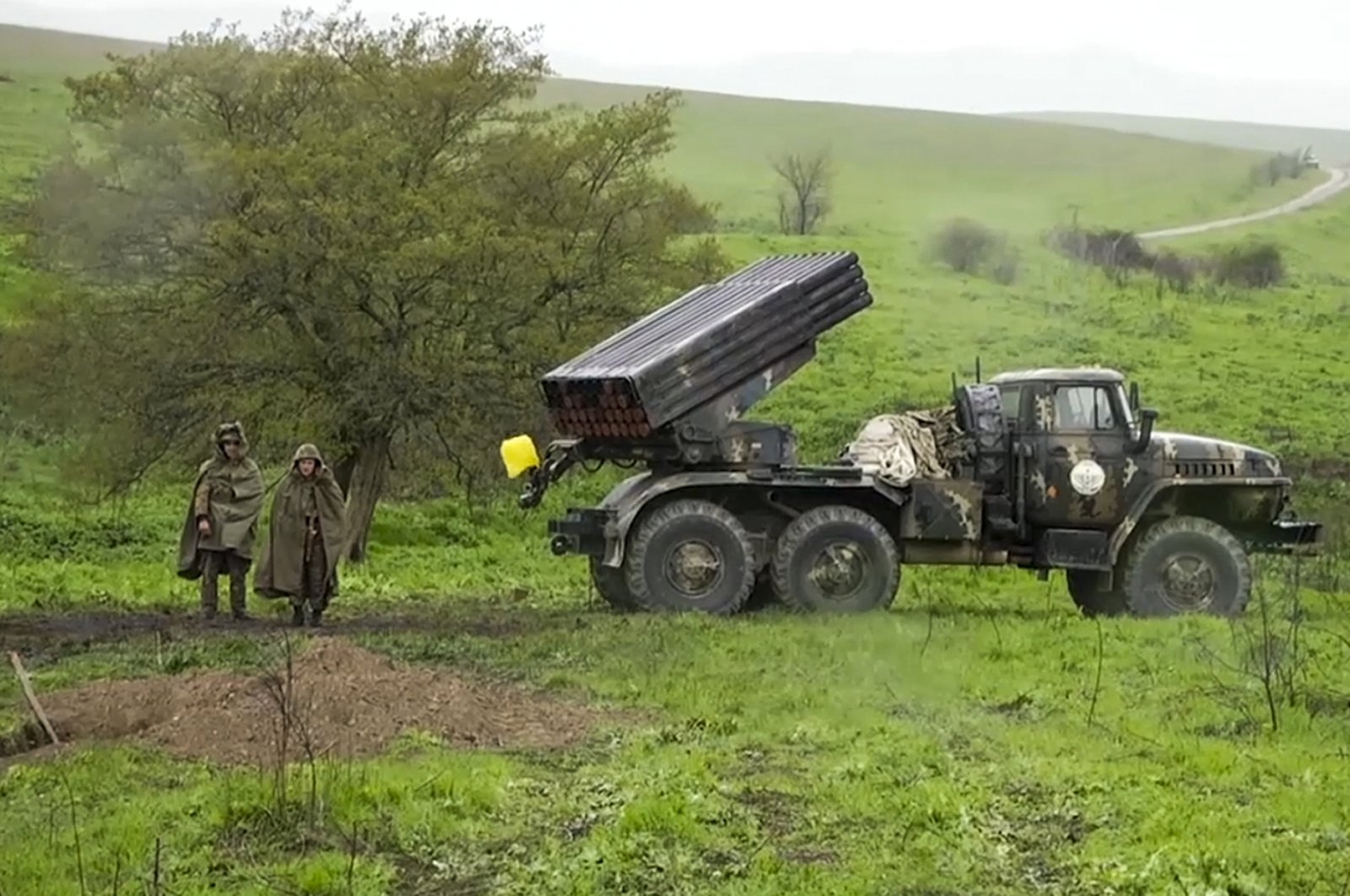 Many YPG/PKK terrorists who received training in Iraq and Syria were transferred to Azerbaijan's Nagorno-Karabakh region occupied by Armenia to train Armenian militias against Azerbaijan and ultimately open a new front against Turkey, reports said Friday.

The terrorists are expected to provide training to Armenian militias on sabotage, raids and improvised explosive devices (IEDs), according to a report by Turkish daily Yeni Şafak, citing Azerbaijani media outlets.

Earlier in September, Armenia proposed to establish a militia of volunteers following tensions with Azerbaijan in the Tovuz region. The YPG/PKK terrorists are expected to train these volunteer fighters, reports said.

Armenian Ambassador to Iraq Hrachya Poladian reportedly contacted the YPG/PKK terrorists in Syria and Iraq and convinced them to go to Nagorno-Karabakh for training.

The ambassador also secured an agreement with northern Iraq's Patriotic Union of Kurdistan (PUK), which is led by the Talabani family, for the transfer of terrorists from Iraq.

The terrorists followed several different routes to reach their destination, including using Iran as a transit country, reports said. One of the routes included the transfer of terrorists from Iraq’s Sulaymaniyah to Sabis, then to Kermanshah in Iran. Another group from Mount Qandil in Iraq also passed through Iran’s Urmiya on their way to Nagorno-Karabakh.

The head of the Turkey-Azerbaijan Friendship and Solidarity Foundation, professor Aygün Attar, claimed that France is involved in the transfer of YPG/PKK terrorists to train Armenian militias. He noted that there is a center established in France solely for Armenians and YPG/PKK terrorists.

Meanwhile, Istanbul Azerbaijan Cultural Home Association Chairman Hikmet Elp told the Turkish daily that the PKK aims to settle in Nagorno-Karabakh and that the Yerevan administration is trying to change the demography of the area by transferring the terrorists and Armenians in Lebanon to the disputed region.

“By doing so, Armenia aims to open war on Azerbaijan and train the militias in Karabakh, while the terrorist organization will be able to open a new front and attack Turkey from Armenia or Georgia,” Elp said.

The Armenian military has illegally occupied the Nagorno-Karabakh region, an internationally recognized territory of Azerbaijan, since 1991.

There are four United Nations Security Council and two U.N. General Assembly resolutions as well as calls by many international organizations that demand the withdrawal of the occupational Armenian forces from Nagorno-Karabakh and seven other occupied regions of Azerbaijan.

Turkey has condemned Armenian aggression against Azerbaijan and pledged full support for Baku.

Ankara and Baku, with the participation of the countries' air and ground forces, launched joint military drills in the wake of recent Armenian attacks on Azerbaijani border points between July 29 and Aug. 5. Air combat drills involving jets and helicopters continued in Baku, Nakhchivan, Ganja, Kurdamir and Yevlakh until Aug. 10.

“We conduct military exercises every year. There is nothing unusual here. Yes, this time it coincided with the Tovuz incident. Armenia should think about whether it was a coincidence or not," Azerbaijani President Ilham Aliyev said following the military drills.

"These drills once again demonstrate our unity (between Azerbaijan and Turkey). There are only 80 kilometers (49 miles) between the Azerbaijan-Armenia border in Nakhchivan and Yerevan. Armenia knows it, and this intimidates them. I think that they stress out because of this fear,” he said.

Last week, another Azerbaijani soldier was killed during an exchange of fire with Armenia at the border, the Azerbaijani Defense Ministry announced early Monday, adding that their neighbor's army had violated the cease-fire in the Tovuz region.