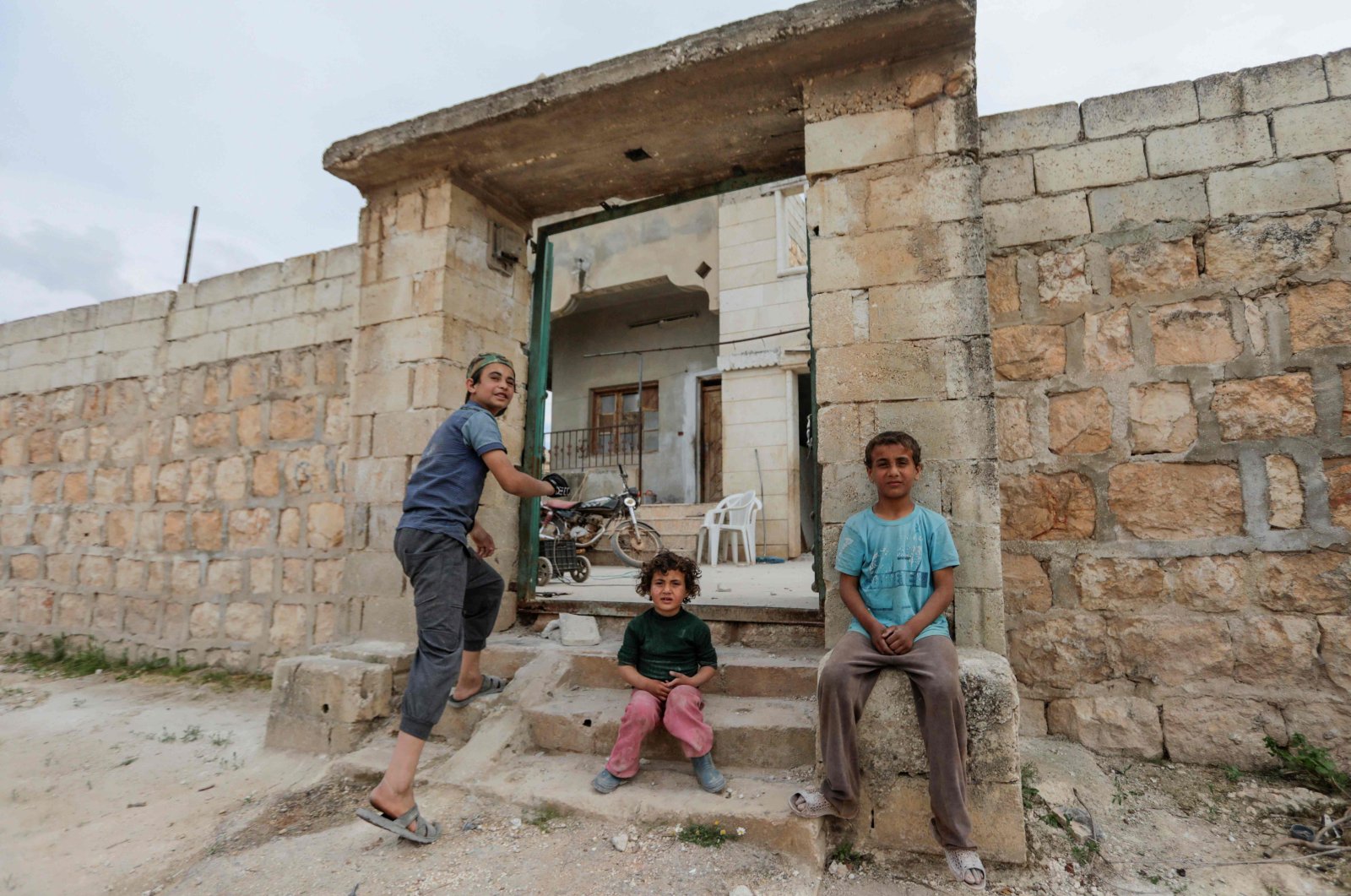 Syrian children whose family decided to return home, rest by the entrance as they clean the rubble from their house's yard in al-Nayrab, a village ravaged by regime forces bombardment near the M4 strategic highway, in Syria's northwestern Idlib province, May 3, 2020. (AFP Photo)
by DAILY SABAH May 05, 2020 12:38 pm
Edited By Dilara Aslan
RECOMMENDED

At least 400,000 Syrians living in Turkey have returned to their country while some 3.58 million Syrians still remain behind, according to official data released by the Interior Ministry on Tuesday.

Syrians displaced in several regions either by terrorist organizations or the assaults of the Bashar Assad regime, have sought refuge in Turkey. Nearly 1 million had fled from Syria's northwestern Idlib province when the regime in December intensified its attacks to regain the last opposition bastion. After the surge of violence decreased following a Turkey-Russia brokered cease-fire in the region, many people started to return to the province. On the other side, after launching three consecutive operations in northern Syria, Turkey rolled up its sleeves to reconstruct hospitals, schools, mosques and roads destroyed by the YPG/PKK. Within the scope of ameliorating the region's social infrastructure, people were given food and clothing by several nongovernmental organizations while roads and buildings were rebuilt.

Speaking at a monthly news briefing, ministry spokesman Ismail Çataklı also gave the latest numbers for counterterrorism operations across the country during the month of April.

Underlining that the terrorist group YPG/PKK is seeing its worst recruitment numbers ever, he said it had managed to attract only 13 new members since the beginning of the while the number of the terrorists in the country fell to a low of 492.

There has also been a surge in the number of terrorists laying down arms and surrendering to Turkish security forces after a series of successful domestic and cross-border anti-terror operations. Many terrorists lack the courage to leave the group because they would face severe punishment if caught.

Çataklı also said a total of 37 terrorists were neutralized during anti-terror operations in April.

Turkish security forces regularly conduct counterterrorism operations in the eastern and southeastern provinces of the country, where the PKK has attempted to establish a strong presence and numerous bases. The Turkish Armed Forces also carry out cross-border operations in northern Iraq, a region where PKK terrorists have hideouts and bases from where they carry out attacks on Turkey. The operations were intensified after July 2018 and gradually became routine.

In its more than 30-year terror campaign against Turkey, the PKK, listed as a terrorist organization by Turkey, the United States and the European Union, has been responsible for the deaths of 40,000 people, including women, children and infants.