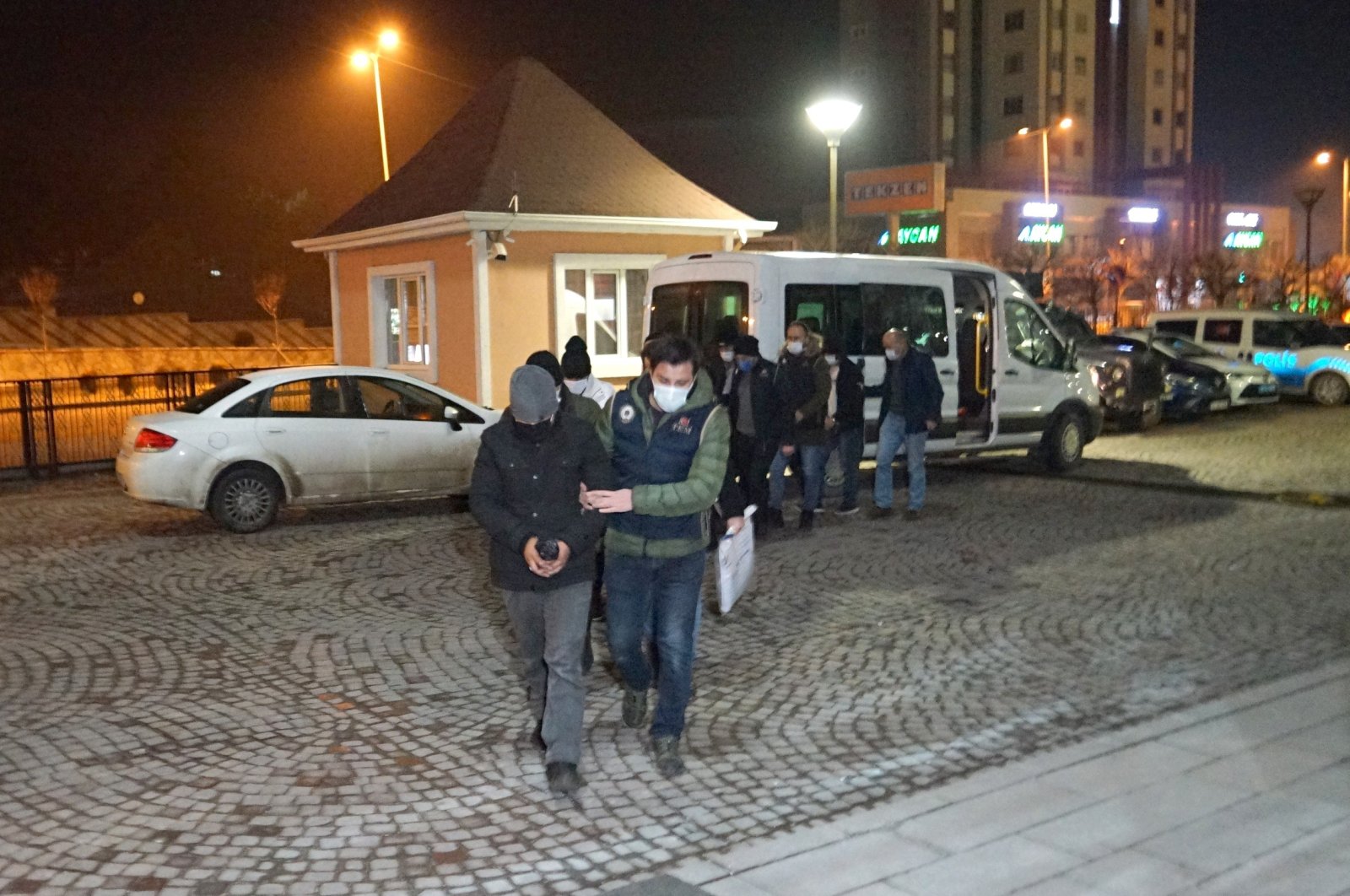 At least six foreign nationals have been arrested for suspected links to the Daesh terrorist group, a security source said early Sunday.

Police conducted an operation in the northern city of Kastamonu as part of an anti-Daesh probe launched by prosecutors in the Black Sea province, the source told Anadolu Agency (AA) on the condition of anonymity due to restrictions on speaking to the media.

On Friday, at least 29 people, most of them foreign nationals, were arrested in several cities across Turkey for their alleged links to Daesh.

Separately, of the 37 suspects who were arrested for providing financial support for the terrorist group in a southeastern Gaziantep-based operation conducted in 15 provinces simultaneously on Jan. 19, three were detained by a criminal court on Friday.

The terrorist group has been trying to establish a new formation in Turkey after receiving a heavy blow in Iraq and Syria. According to testimony by terrorists detained in previous operations, Daesh had been attempting to kidnap judges, prosecutors and tourist groups as ransom in return for Daesh terrorists held in Iraq and Syria.

Turkey detained the so-called “Turkey emir” of Daesh, Mahmut Özden, in August. He was planning to carry out an attack on Hagia Sophia Grand Mosque and target politicians, nongovernmental organization (NGO) heads and other prominent figures in Turkey, according to the official investigation.

The country has since been attacked by Daesh terrorists multiple times, with at least 10 suicide bombings, seven bomb attacks and four armed attacks that killed 315 people and injured hundreds more. The last attack was in January 2017 when a gunman killed 39 people at an elite Istanbul nightclub during New Year's celebrations.