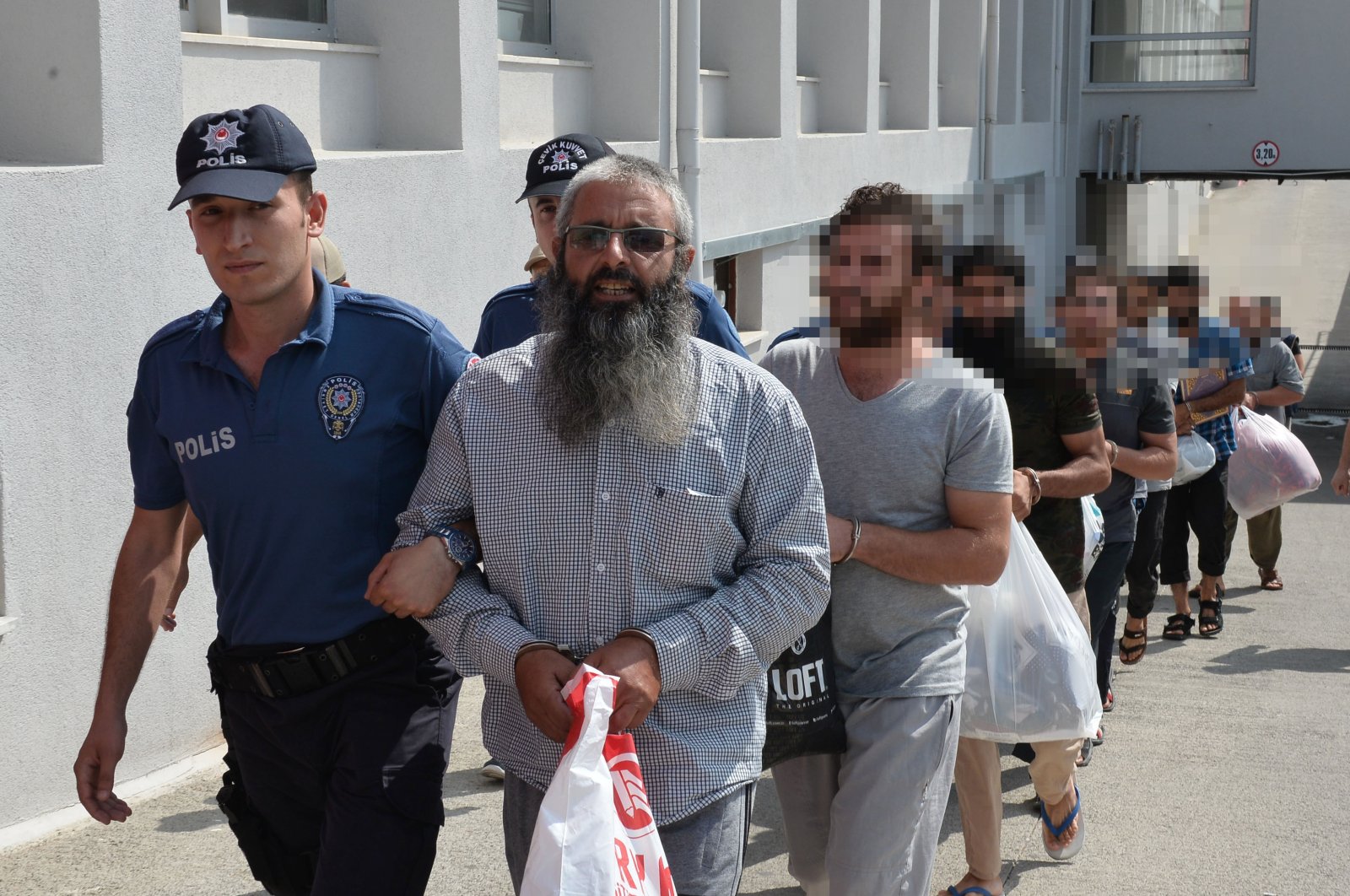 Turkish security forces arrested a top Daesh terrorist figure in Adana province, as Soylu signaled more operations would be carried out to eliminate the terrorist group's presence in the country

The notorious terrorist was identified as Mahmut Özden, who is considered Daesh's “Turkey emir.” He has reportedly been receiving orders from Iraq and Syria and has been planning to carry out attacks using groups of 10-12 fanatics, according to Soylu.

Özden was arrested by the court after his procedures at the police station were complete and sent to prison.

While congratulating and thanking the police for their success, Soylu noted that crucial planning evidence was confiscated in the raid. Included were documents and digital materials showing how the terrorist group was plotting to kidnap several politicians for their propaganda efforts.

“The operation is still ongoing and we have detained other Daesh terrorists linked to him,” the minister said, signaling a new wave of raids on the group still to come.

Anadolu Agency (AA) reported that three other terrorists were also captured in the Adana operation.

Meanwhile, Istanbul Police announced that some 11 suspects were nabbed in nationwide operations.

The 48-year-old Daesh leader received $7,000 for each terrorist he recruited, according to court documents.

Adana counterterrorism police units carried out four different raids on four cells in the province, the report said, adding that the suspects were taken to the hospital for routine health checkups and were then transferred to the police station.

Last week, Turkey nabbed a Daesh terrorist planning to carry out an attack in Istanbul. Police found five ammunition clips, 150 cartridges and a long-barreled weapon in the hotel room of the suspect, identified by the initials H.S.

H.S. came to Istanbul from southeastern Gaziantep province near the Syrian border and was planning to carry out an attack near the famous Taksim Square.

Although the terrorist group has been largely defeated in Iraq and Syria, its presence still poses threat, as individuals following its ideology encourage others to carry out violence. European analysts have also warned against attacks by Daesh, as isolated individuals not under the watch of intelligence services have become more common.

The U.S. vetoed a United Nations resolution Monday that called for the prosecution, rehabilitation and reintegration of those engaged in terrorism-related activities, saying it did not include the repatriation of Daesh's foreign fighters and their families in Syria and Iraq, which is “the crucial first step.”

U.S. Ambassador Kelly Craft said the resolution, which was ”supposedly designed to reinforce international action on counterterrorism, was worse than no resolution at all.” She dismissed it as “a cynical and willfully oblivious farce.”

Because of the COVID-19 pandemic, the 15-member U.N. Security Council voted by email. The result was 14 countries in favor with only the U.S. opposed. It was announced by the current council president, Indonesia’s U.N. Ambassador Dian Triansyah Djani, whose country sponsored the resolution.

In her statement explaining the U.S. veto, Craft pointed to her comments at a council meeting on counterterrorism last week. She stressed then that repatriation and accountability for crimes by fighters of the Daesh group and their family members are essential so they “do not become the nucleus" of a Daesh "2.0."

“It is incomprehensible that other members of this council were satisfied with a resolution that ignores the security implications of leaving foreign terrorist fighters to plot their escape from limited detention facilities and abandoning their family members to suffer in camps without recourse, opportunities or hope,” she said Monday.

Craft said last week that the Trump administration was disappointed that Indonesian efforts to draft “a meaningful resolution ... were stymied by council members’ refusal to include repatriation.” That was a reference to Western Europeans, especially Britain and France, who have opposed the return of Daesh fighters and their families, except in the case of orphans and some children. The British government says those who are in custody in Syria and Iraq should face justice there rather than going on trial in the U.K.

Craft said the U.S. brings its citizens home and prosecutes them when appropriate. She quoted U.S. Secretary of State Mike Pompeo as saying: “We want every country to take their citizens back. That’s step one. It’s imperative that they do so.”

A U.K. Foreign Office spokesperson, speaking with customary anonymity, said after the vote: “We regret the resolution was not adopted. We are working closely with international partners to reduce the risk posed to us collectively by foreign fighters.”

Djani expressed regret that the resolution wasn't adopted, saying it addressed important issues related to the prosecution, rehabilitation and reintegration of alleged terrorists. “It sends a signal that the council is not united in the fight against terrorism, and certainly I regret that this happened,” he said.

The defeated resolution did support the return of children, but not combatants' families. It encouraged all countries to cooperate in addressing the threat from foreign terrorist fighters (FTF) “by bringing them to justice, preventing the radicalization to terrorism and recruitment of FTFs and accompanying family members, particularly accompanying children, including by facilitating the return of the children to their countries of origin, as appropriate and on a case by case basis.”

The Daesh terrorist group, which once controlled large swathes of Iraq and Syria, lost its last Syrian strongholds in early 2019. Despite that and the loss of its self-styled caliphate, U.N. experts said earlier this year that the terrorist group is mounting increasingly bold attacks in the two countries and is planning for the breakout of its fighters from detention facilities.