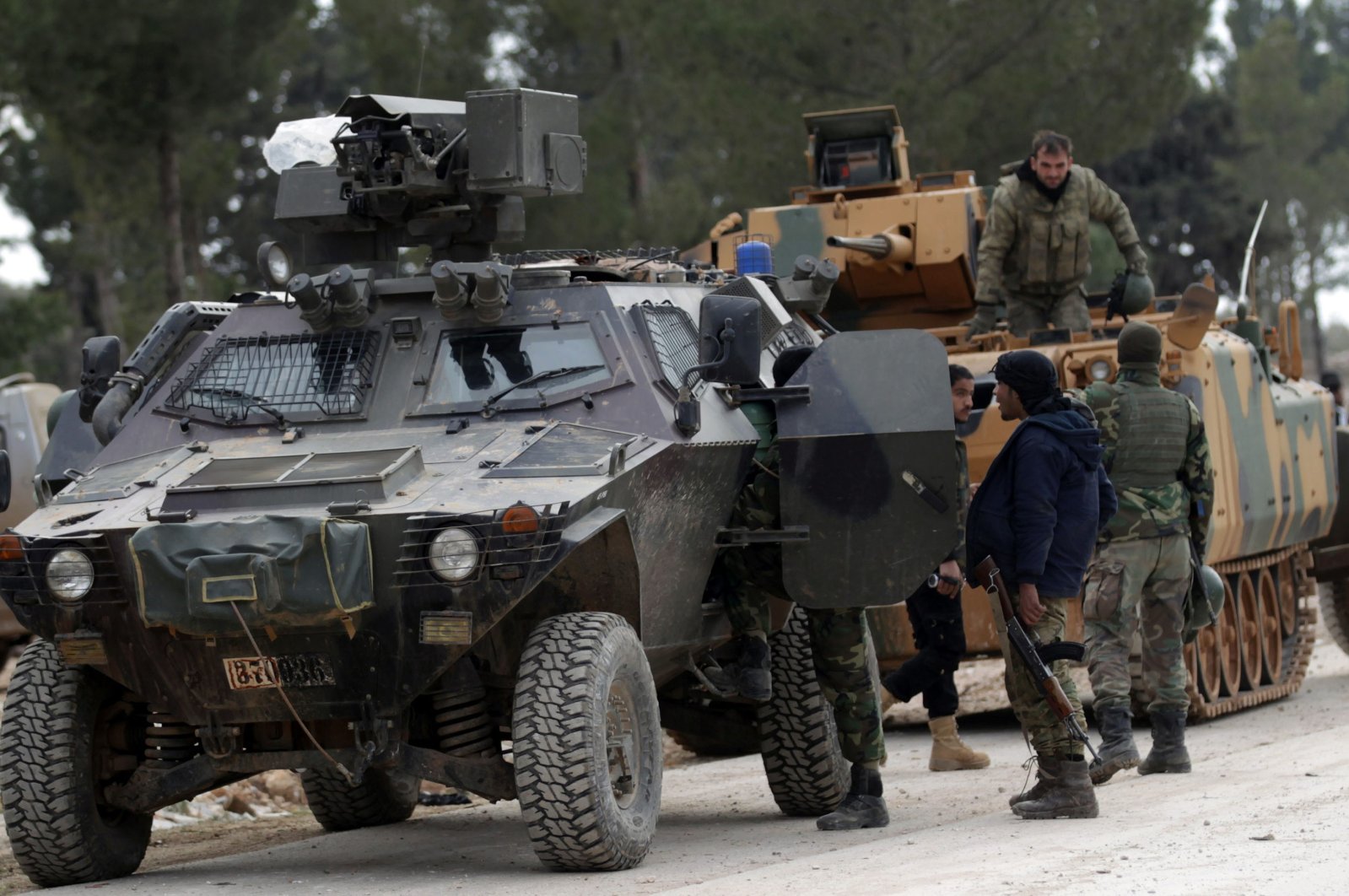 An attack on a Turkish military transport vehicle in Syria's al-Bab region killed two soldiers and injured two others, Turkey's Ministry of Defense said late Saturday, adding that the Turkish side has appropriately retaliated and hit terrorist targets. The ministry wished its condolences to those lost and swift recoveries to those injured.

The attack on the Kirpi – a Turkish military transportation vehicle – on its way to a military base area killed two soldiers and injured two others, who have been transferred to a hospital, said the Ministry of Defense.

Terrorist targets in the region were identified and “immediately brought under fire and effectively hit. Our punitive attacks against terrorist positions continue. We did not and will not leave the blood of our martyrs on the ground,” stated the ministry.

“We wish Allah's mercy on our martyrs who lost their lives in this incident that has left us with deep pain and sadness, our condolences and patience to their grieving families, the Turkish Armed Forces and our noble nation, and a speedy recovery to our wounded.”

The ministry statement did not specify who perpetrated the attack, but it is likely that YPG terrorists, the Syrian offshoot of the PKK, in the region are responsible.

The YPG/PKK has been attacking the areas liberated by the Turkish army, targeting civilians.

The U.S. primarily partnered with the YPG in northeastern Syria in its fight against the Daesh terrorist group, while Turkey has strongly opposed the YPG's presence in northern Syria. Ankara has long objected to the U.S.' support for the YPG, a group that poses a threat to Turkey and terrorizes local people, destroying their homes and forcing them to flee.

Underlining that it is not possible to support one terrorist group to defeat another, Turkey conducted its own counterterrorism operations, over the course of which it has managed to remove a significant number of terrorists from the region.