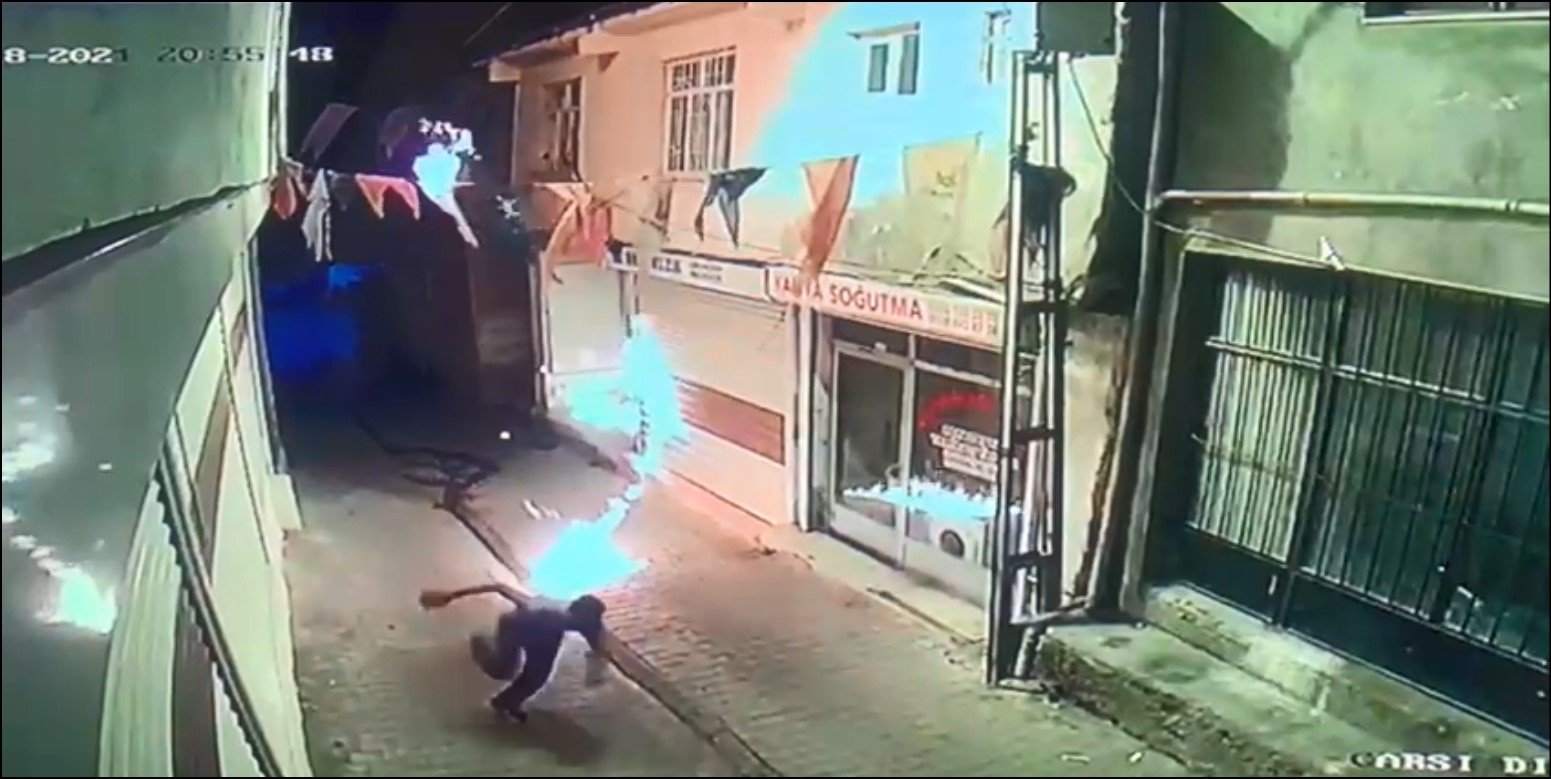 A suspect flees the scene of an attack after throwing Molotov cocktails at the ruling Justice and Development Party's (AK Party) headquarters, in a screengrab from security footage, Hani district, Diyarbakır, southeast Turkey, June 18, 2021. (DHA Photo)
by DAILY SABAH Jun 19, 2021 12:18 am

No casualties have been reported.

AK Party Deputy Chairperson Hamza Dağ said that the party would continue to fight such violence with determination.

“We have the strength to overcome all types of provocation,” he said.

On Thursday, a person was detained after attacking the HDP's provincial office in western Turkey's Izmir province, killing one person.

The attacker entered the building with a gun and proceeded to fire rounds from the window toward the street.

During an operation conducted by a police team, the attacker was caught and detained.

According to a later statement by the HDP, the attacker had set the building on fire and killed the HDP official.