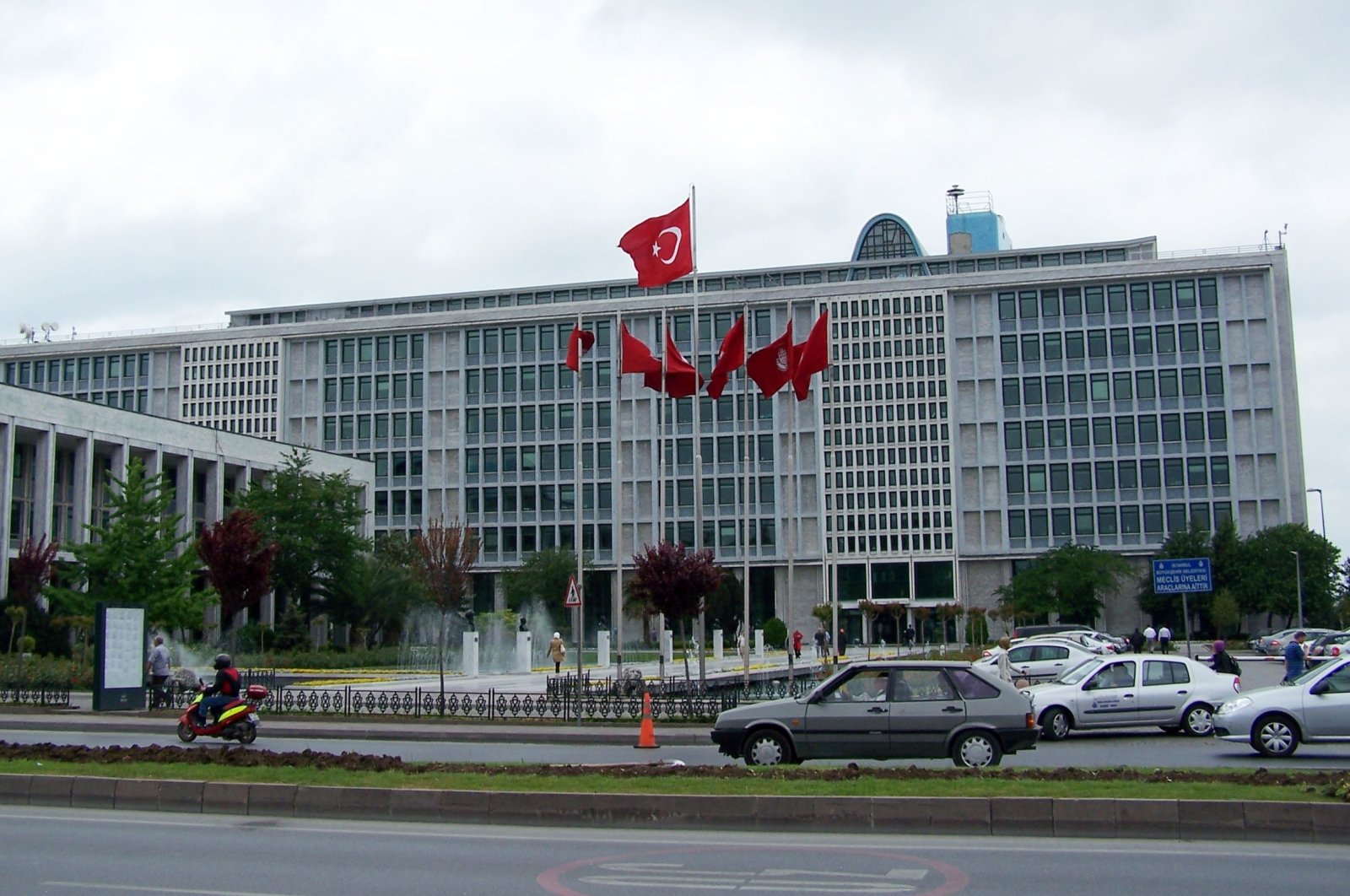 The Interior Ministry has launched a special audit into the allegations that Istanbul Metropolitan Municipality (IBB) staff have links to terrorist groups, the ministry announced Sunday, underlining that the investigation was not politically motivated.

In a statement posted on Twitter, the ministry said it received complaints about the municipality's employees and that initial findings suggested 455 staff members had links with the PKK terrorist group, 80 with the far-left Revolutionary People's Liberation Party-Front (DHKP-C), 20 with the outlawed Marxist-Leninist Communist Party (MLKP), two with the Maoist Communist Party (MKP) and others with the Gülenist Terror Group (FETÖ).

Meanwhile, the ministry also said it was investigating claims mentioned in the indictment prepared by the Istanbul Prosecutor’s Office, which was based on the Istanbul Gendarmerie Command's findings. The indictment stated that the IBB was hiring individuals with links to the PKK based on references from DIAYDER – a nongovernmental organization (NGO) established upon the founding principles of the KCK. The KCK serves as the umbrella under which the PKK and its Syrian and Iranian offshoots fall, the PYD and the PJAK, in addition to various armed, youth and women’s organizations.

Security forces recently detained 23 suspects as part of the DIAYDER investigation. According to claims, individuals hired by the municipality with the NGO’s reference had been transferring a part of their salaries to the NGO and distributing the municipality’s gift cards for groceries to families of PKK terrorists.

The IBB was quick to react to the Interior Ministry's announcement, saying that the notice posted on social media brought 86,000 employees of the municipality under terrorism suspicion and the municipality and its employees will seek justice before the law.

"If 'terror-linked' people roam freely and find jobs in public institutions, this is not the issue of IBB, but the Interior Ministry, which is responsible for security," a post shared on the IBB's official Twitter account said, calling on the ministry to share its information and documents with the IBB.

Istanbul Mayor Ekrem Imamoğlu also criticized the announcement, saying: "Let’s fight together to the end against those who committed crimes. But just so everyone knows, anyone who attacks the IBB family will face unexpected unity and strength."

Meanwhile, Interior Minister Süleyman Soylu said the audit was launched as part of routine security measures and the municipality's claims that it brings all workers under suspicion does not make sense.

"We have received reports claiming terror-linked individuals have been working (for IBB). This is not a political matter, there is a security dimension," Soylu told reporters Monday, adding that the ministry's decision is a precautionary measure against potential security threats.

"We have dismissed some 50,000 people from the Interior Ministry over their links to terrorist groups," Soylu said, noting that the dismissed personnel's crimes have nothing to do with the rest of staff. He also said the ministry carries out such inspections at all levels on a regular basis, including district governors' offices and more, to ensure security.

Soylu also said the issue should not be covered up by "primitive" political approaches as the audit will only seek to identify staff with links to terrorist groups and will not target others.