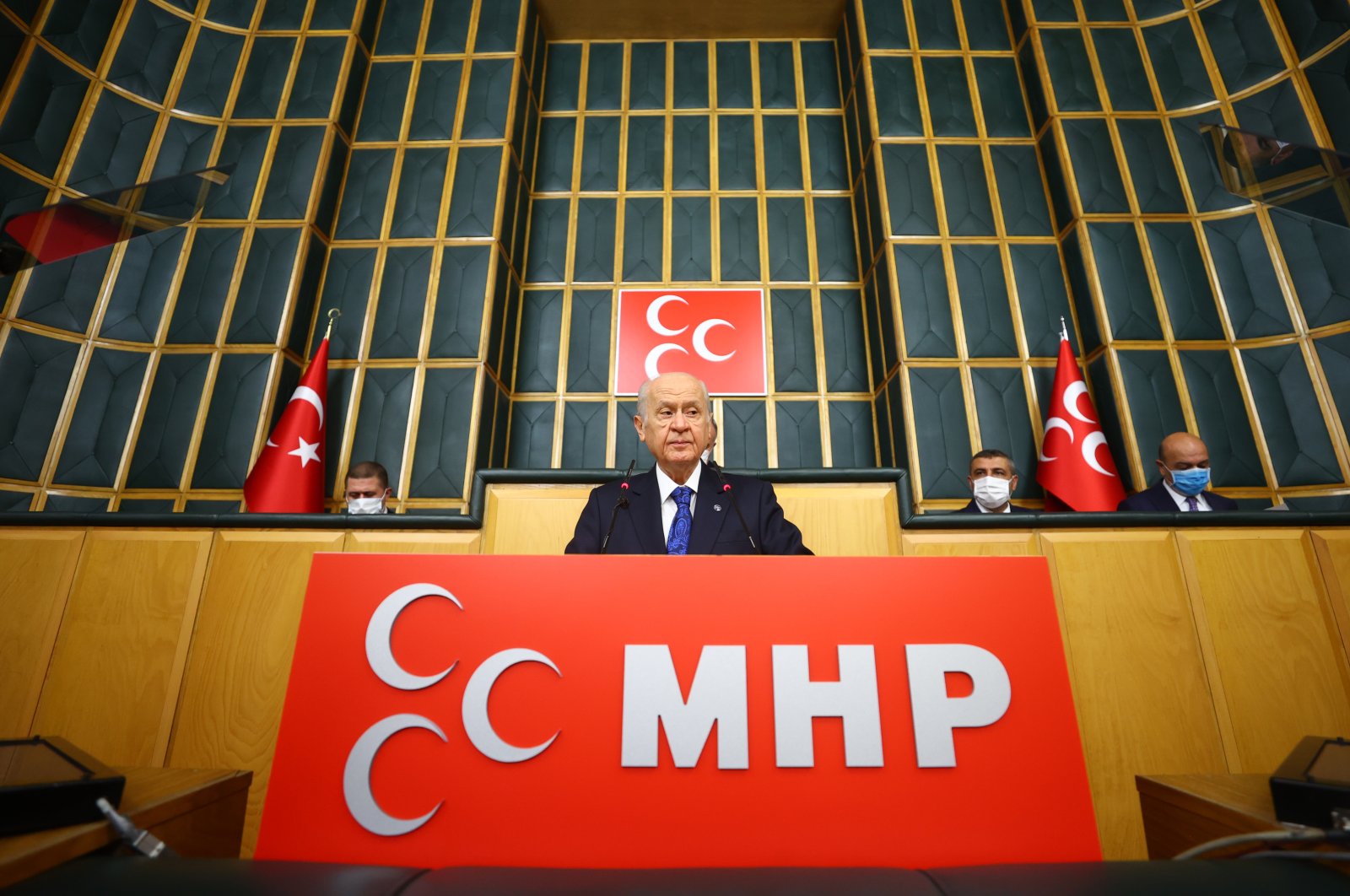 Nationalist Movement Party (MHP) Chairperson Devlet Bahçeli called on the government to launch a cross-border operation against the PKK terrorist group in line with a motion allowing such moves.

"Legitimate use of (military) force will spoil their game, and whoever targets our national security and our national presence and also plots their assassination will pay the heaviest price," Bahçeli told his parliamentary group on Tuesday.

"The motion is clear. The verdict is fixed. The expectations of our sovereign nation are high. There's no safe place for terrorist groups anymore," he added.

Bahçeli called for a military operation on Mount Qandil, the PKK's main base in northern Iraq, across Turkey's southern border.

"Now there's no other choice in this matter," he added.

The motion, referred to Parliament by the government, allows the Turkish military to carry out cross-border operations in northern Iraq and Syria for two more years, from Oct. 30, 2021, until Oct. 30, 2023.

In its more than 40-year terror campaign against Turkey, the PKK, listed as a terrorist organization by Turkey, the United States and the European Union, is responsible for the deaths of at least 40,000 people, including women and children.