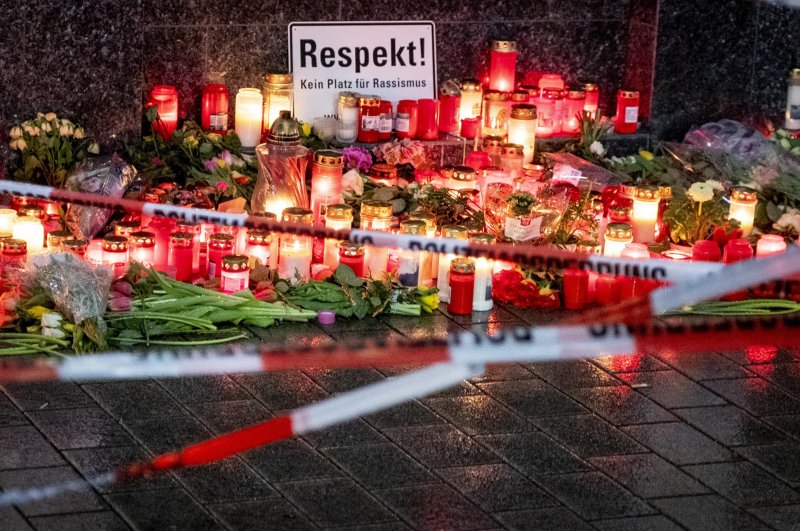 Berlin has increased security measures at mosques across the country to shore up the safety of its Muslim residents in the wake of far-right terrorism that recently rocked the country with a number of deadly attacks.

Speaking on Tuesday, State Minister of the Interior of Berlin Andreas Geisel of the Social Democratic Party of Germany (SPD) announced that mosques, particularly the larger ones, would be guarded by both uniformed and civil police officers, especially during the Friday prayers, while the police presence around mosques would be enhanced, the minister added.

Geisel underlined that measures would also be taken regarding the structure of buildings. In a reminder that previously, a protective door at a synagogue in Halle had "prevented a massacre,” the interior minister said that in order for mosques to have similar security measures as well, 10 million euros would be allocated to the 2020-2021 budget. Currently, there are 107 mosques in Berlin.

The anti-Semitic attack mentioned by the minister took place on Oct. 9 in the state of Saxony-Anhalt and involved a German man armed with explosives and a gun trying, but ultimately failing, to gain access to a synagogue in the city of Halle. Two people, a passerby and a local in a kebab shop were killed in the attack, which the man later confessed had far-right and anti-Semitic intent.

Geisel underlined that security measures would be tightened not only in the mosques but anywhere considered necessary.

“Whenever a particularly large number of people come together in rooms, we will provide increased protection. It will make no difference whether it is a mosque, a shisha bar or a cultural association,” he added. On Monday, the minister met representatives of migrant organizations to coordinate possible measures.

On Wednesday, a 43-year-old German national named Tobias Rathjen shot people of immigrant descent dead in the Frankfurt suburb of Hanau, before apparently killing his mother and himself. Five of the nine victims were reported to be Turkish citizens. Rathjen left rambling texts and videos in which he espoused racist views, calling for a genocide to occur and claiming to have been under surveillance since birth.

The attack caused dismay across the country, with politicians and citizens alike expressing shock and anguish.

Germany's top security official, Interior Minister Horst Seehofer, said security would increase across the country at mosques and other "sensitive sites" in the wake of the attack: "The threat posed by far-right extremism, anti-Semitism and racism is very high in Germany," Seehofer said in Berlin.

In an interview with Tagesspiegel daily on Sunday, Geisel said: "The AfD (Alternative for Germany party) is laying the ground for these acts with its right-wing populism and its agitation."

The AfD entered Germany's national parliament for the first time in 2017 as the third-largest party, helped by voter anger at Chancellor Angela Merkel's decision to welcome asylum seekers from the Middle East and Africa.

Speaking on the rise of the far-right in Germany and the attack in Hanau on Tuesday, Turkey’s President Recep Tayyip Erdoğan said that despite expressing concerns to German authorities, their response shows that they are not sensitive enough on the issue.

“As you can see, all 11 of the civilians killed were Muslims, five of whom were also Turks,” Erdoğan noted, speaking to journalists on his return home from Baku. He stated that although most German politicians expressed condolences over the incident, words alone meant nothing and that concrete measures would be needed.

The president further underlined that such aggression against Muslims does not happen only in Germany, but in Europe as a whole, commenting: “The same thing happens in the U.K. as well. As you know, they attacked our mosque. These do not happen in only one place. They are happening in Germany and France. Belgium, on the other hand, is almost a hub of these kinds of attacks. None of these countries are poised for counterterrorism.”