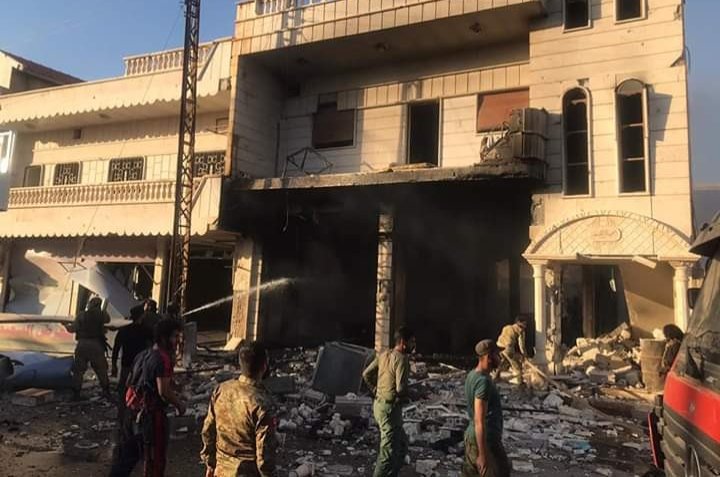 An explosives-laden car detonated in the town of Ras al-Ayn, wounding five other civilians, according to the sources who asked not to be named due to restrictions on speaking to the media.

Local security forces suspect the YPG/PKK terror group may be behind the attack near Turkey's southern border which also caused material damage.

Ras al-Ayn was freed from YPG/PKK terrorists on Oct. 12 as part of Turkey's Operation Peace Spring, launched on Oct. 9 to secure Turkey's borders by eliminating the terror group from northern Syria east of the Euphrates River, aid in the safe return of Syrian refugees and ensure Syria's territorial integrity.

However, the YPG/PKK terrorists continue attacks in the Tal Abyad and Ras al-Ayn districts despite pulling out of areas under a deal reached by Turkey and the U.S. on Oct. 17.

In its more than 40-year terror campaign against Turkey, the PKK – listed as a terrorist organization by Turkey, the U.S. and EU – has been responsible for the deaths of nearly 40,000 people, including women, children and infants. The YPG is the PKK's Syrian offshoot.