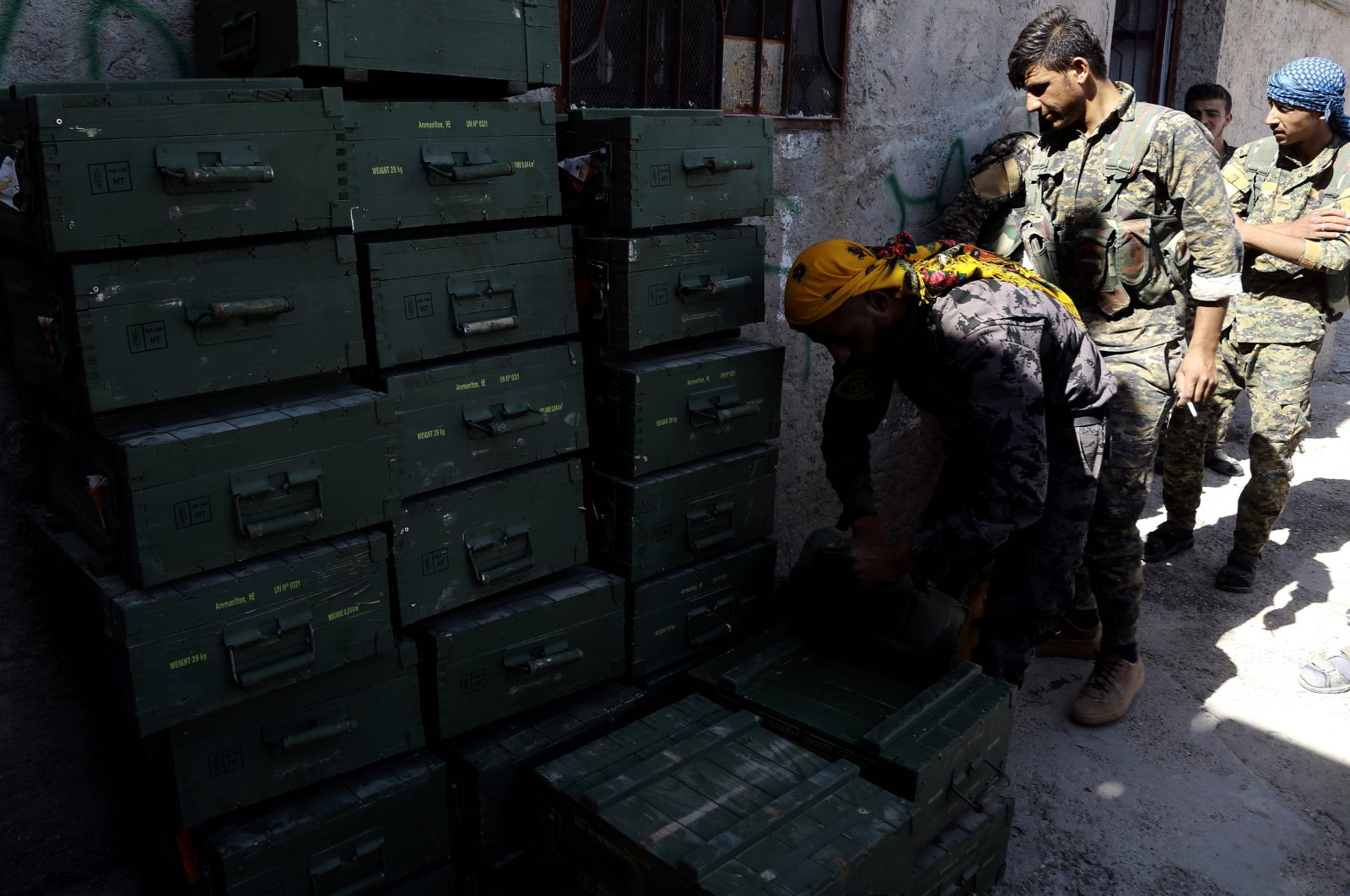 A terror suspect who was captured by security forces back in December has revealed details of PKK brutality as part of an ongoing investigation, claiming that the terrorist group forcibly recruited her, along with many others.

Speaking in response to an investigation conducted by the southeastern Gaziantep province's Chief of Public Prosecutors Office, the 26-year-old Syrian terror suspect, only identified by the initials Z.C., was captured in southeastern Şanlıurfa province.

According to her statement, she was living at a village near northwestern Syria's Ayn al-Arab town with her family and her first encounter with the YPG/PKK took place when the terrorists raided her village.

"When I was alone, three members of the group (YPG/PKK) came to our house. One of them hugged me, tried to kiss me. He told me something like 'we will liberate you' and tried to convince me to join the terrorist group. When I told them I did not want to join, they threatened to kill me and my family," she said.

Following the incident, Z.C. mentioned what happened to her family, who dissuaded her from joining the YPG/PKK no matter what.

"About a month later, the same members came to the house once again. They threatened me with my family and then took me away by force. They brought me to the group's camp in Ayn al-Arab and put me in a room full of boys whose ages ranged from 10 to 15. These boys were crying to go back to their mothers. They were forcibly taken as well," Z.C. continued.

An hour after being kidnapped, the terrorists called out to Z.C. to try to convince her to be a part of the YPG/PKK, assigning her a code name.

"I refused. I told them that I wanted to go to my family. Since I refused, they locked me up for a week. They came every day to try to convince me to change my mind. Eventually, since I was desperate, I had to agree to join," she confessed.

Later on, the terrorists transferred her to a village where they received both military and ideological training. Following the training, according to Z.C., there is a so-called graduation ceremony where they take an oath to become a part of the YPG/PKK terrorist group, which she rejected since they refused to allow her to see her family.

"When I refused to take the oath, they put me in 'jail.' In jail, there were nine others who also rejected taking the oath. I stayed in this jail for about a week. They were still visiting us every day to convince us otherwise. A terrorist code-named 'Evin' yelled at me and told me that 'If you will not take the oath by your own will, you will not be able to leave this jail, and we will not provide you with any food or water.' The other members also pressured me, but I continued to resist," she said.

A week later, "Evin" came back again to visit Z.C. and told her that she would fight on the front.

"She was taking me to the front as a punishment for not taking the oath," the terror suspect stated.

Saying that she was then forcibly taken to a battle zone, Z.C. remembered that there were five to six men and five to six women alongside her, including those who had also refused to take the oath.

"After delivering us, Evin told the person in charge that she had been brought up by force, and thus that he should take care that she didn't escape," Z.C. said.

Like others in the group, the suspect stated that she had no experience in matters of war.

"One of the women near me was shot, but nobody came to assist. After a little while, I saw an old man coming and taking the shot woman," she remembered, adding that they were told beforehand that they could leave the conflict only dead – or injured at best.

In order to get rid of the group, Z.C. shot herself in the foot, before recalling being placed in a vehicle alongside other wounded.

"When I opened my eyes, I was at the Turkish border, and then I was detained," she said.

Operations Kıran and Kapan have successfully brought the number of PKK terrorists down to 492 from around 3,000 in 2016, Türkiye daily reported on May 8, adding that the group has been able to recruit only 13 militants in 2020.

The terrorist group also continues to operate in Syria under the name of its Syrian wing YPG. While the actions of the Bashar Assad regime and terrorist groups like Daesh mostly hit the headlines since the start of the Syrian Civil War, when it comes to the brutalities of the YPG, the international community seemed to prefer turning a blind eye for the most part.

It has been reported many times before that the YPG terror group has been forcibly recruiting children between ages 11 and 16 years old, separating minors from their families to fight illegally in the north of Syria and Iraq.

Trafficking in Persons Report, published by the U.S. back in July 2015, says that PKK sometimes kidnaps Kurdish children or forces them to join the terrorist group. The same report published in June 2016 says that YPG recruited and used boys and girls younger than 15 years and took them to training camps.

In addition to the U.S., several international human rights organizations and NGOs drew attention to the PKK's inhumane attitude.

According to the Rome Statute of the International Criminal Court, recruiting and using persons under 15 years of age is regarded as a war crime.

The terrorist group is also exposing non-stop pressure to the locals, especially the opposition Kurds, to the level that would prevent them from living their culture, religion freely.