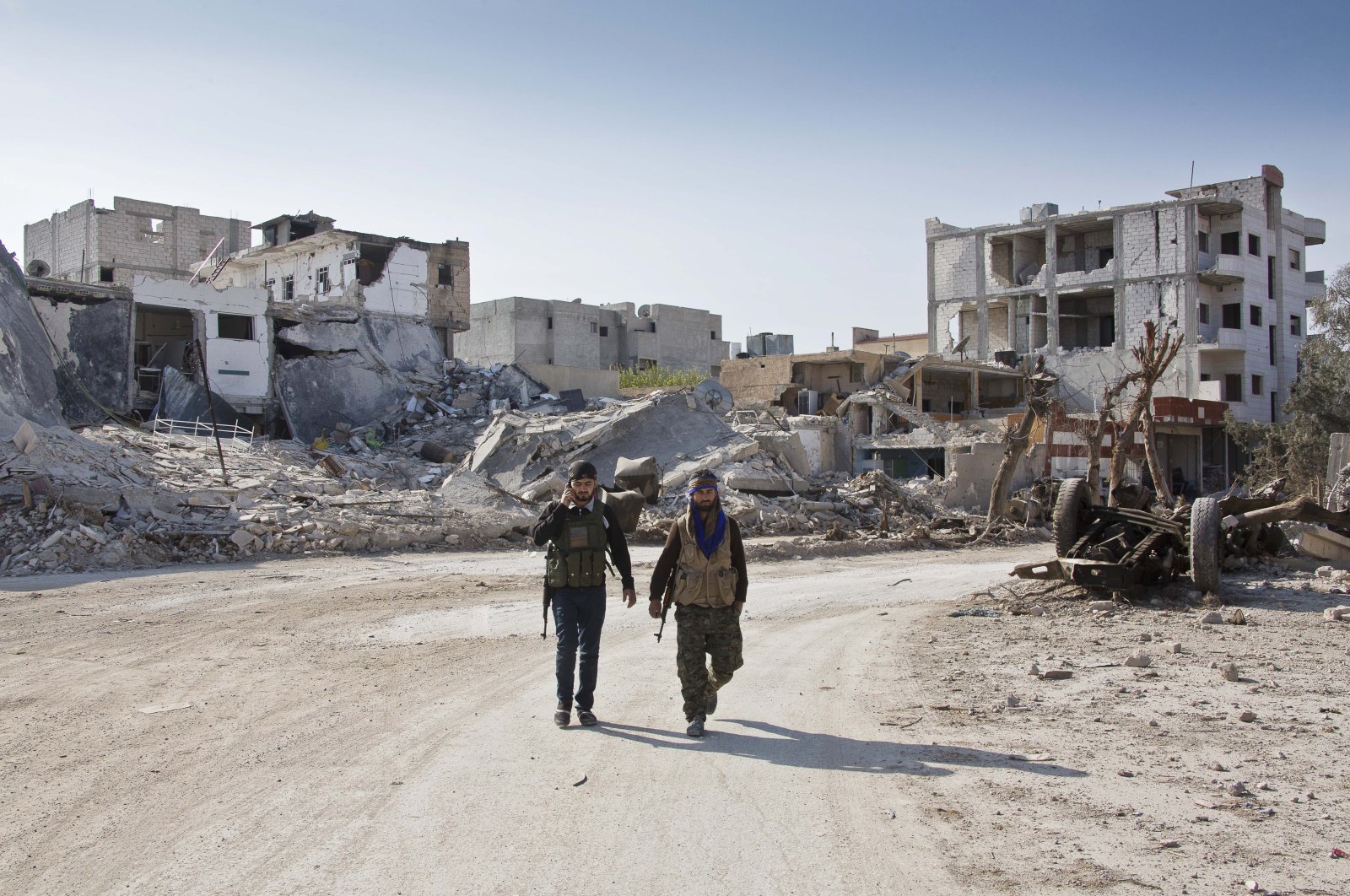 A YPG terrorist, who was recently captured as part of a counterterrorism operation in northwest Syria’s al-Bab, has confessed to receiving training from U.S. forces in the country, according to security sources. YPG is the Syrian affiliate of the PKK terrorist group.

The terrorist, identified as Mahmud Hamid, told security forces that he, along with 500 other terrorists, received a monthlong training from the U.S. forces in Syria, Anadolu Agency (AA) reported on Tuesday.

He was detained from his sister’s home near the al-Wilat district following a tipoff that he would travel to al-Bab to visit his relatives.

He confessed to security forces that he migrated to northeast Syria’s Manbij after the Daesh takeover in 2015 and joined the YPG there and went to Ayn al-Arab (Kobani), again, located in northeast Syria.

He added that five U.S. citizens trained them for a month, teaching them how to shoot and carry out other combat activities. He also confessed that he gathered intelligence for the terrorist group.

The terrorist was arrested and transferred to al-Bab prison, the report added. The coalition’s deputy commander, British Maj. Gen. Christopher Ghika of Operation Inherent Resolve, said last year that the U.S.-led coalition had already trained between 10,000 to 20,000 YPG forces in northeastern Syria under the pretext of defeating Daesh, adding that the number is expected to grow further.

Although the U.S. recognizes the PKK as a terrorist organization, it denies the group’s connection with the YPG despite the ideological and organizational links between the groups.

American support for the terrorist organization has long vexed Ankara as Washington views the YPG as a “reliable partner” in its fight against Daesh and continues to provide it with arms and equipment in the face of strong objections from Turkey.

In January 2018, U.S. Central Command (CENTCOM) announced plans to establish a 30,000-strong border security force in northern Syria with the YPG, a move that was slammed by Turkish officials due to Ankara’s national security concerns.

Despite U.S. officials initially denying the establishment of such a “border force,” reports confirmed Washington continues training YPG terrorists. In the Pentagon’s budget plan for 2020, $300 million was allocated for the training-and-equipping of the YPG and another $250 million to support the border security of the countries neighboring Syria.