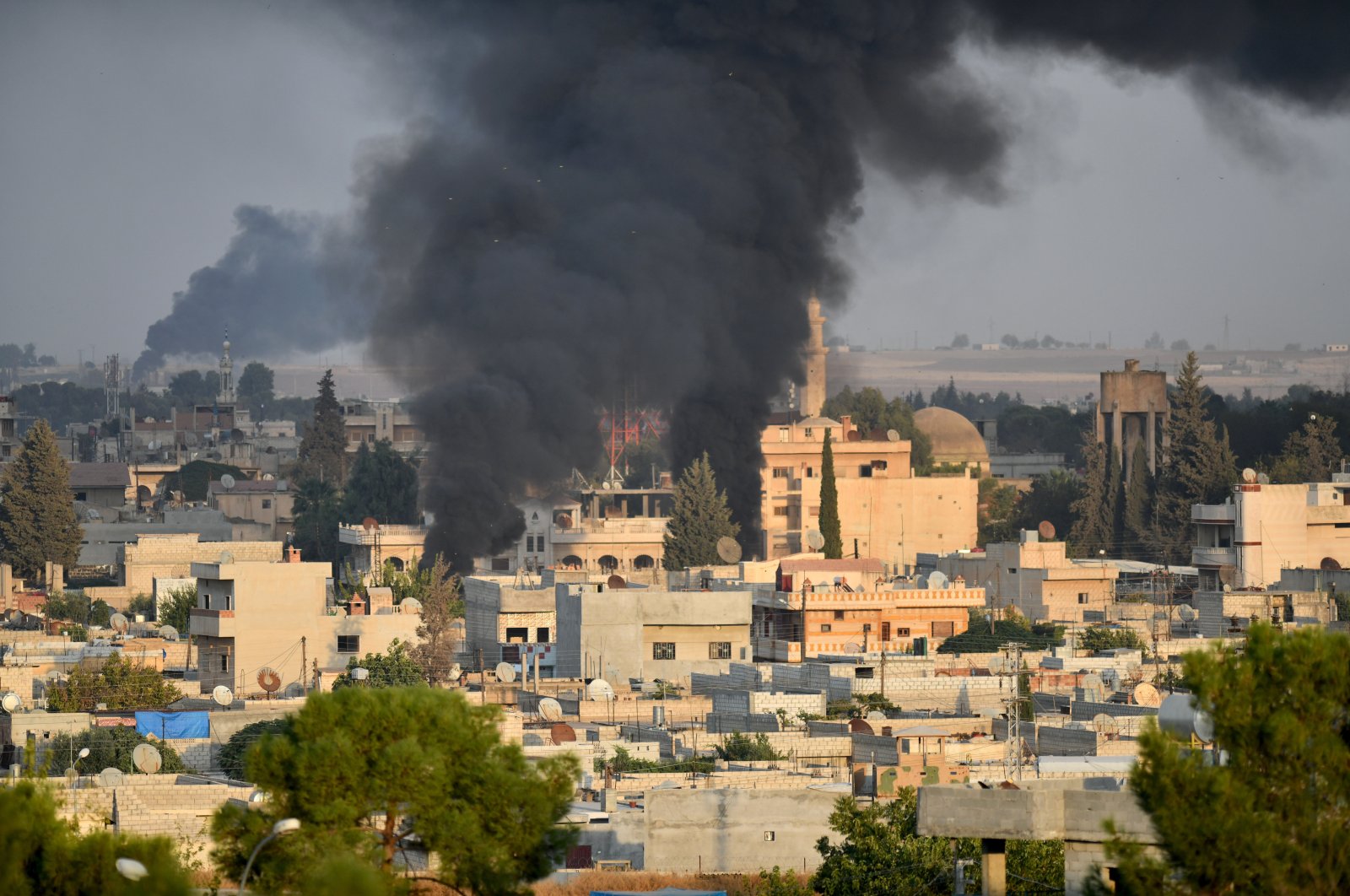 One Turkish soldier and three local security personnel were killed, 10 others, including civilians, were injured in a YPG/PKK car bomb attack targeting a checkpoint near a marketplace in the border town of Ras al-Ayn in northern Syria, the defense ministry said Thursday.

The attack was the latest in a string of deadly car bomb attacks in the area since the Turkish military and moderate opposition forces captured Ras al-Ayn and other areas in October to drive YPG/PKK terrorists away from its border.

There are a total of 41 security checkpoints set up in northern Syria’s Tal Abyad and Ras al-Ayn provinces to prevent the movements of terrorist elements in the region.

Operation Peace Spring was launched on Oct. 9 to eliminate the YPG/PKK from northern Syria east of the Euphrates River in order to secure Turkey's borders, aid in the safe return of Syrian refugees, and ensure Syria's territorial integrity.
Ankara and Washington reached a deal on Oct. 17 to pause the operation for 120 hours to allow the withdrawal of YPG/PKK terrorists from a planned northern Syria safe zone.

On Oct. 22, Turkey also reached an agreement with Russia to allow the YPG/PKK terror group to withdraw from the safe zone.
In its more than 30-year terror campaign against Turkey, the PKK – listed as a terrorist organization by Turkey, the U.S. and the European Union – has been responsible for the deaths of over 40,000 people, including women, children, and infants.