CENTCOM head reiterates US support for YPG terrorists in Syria 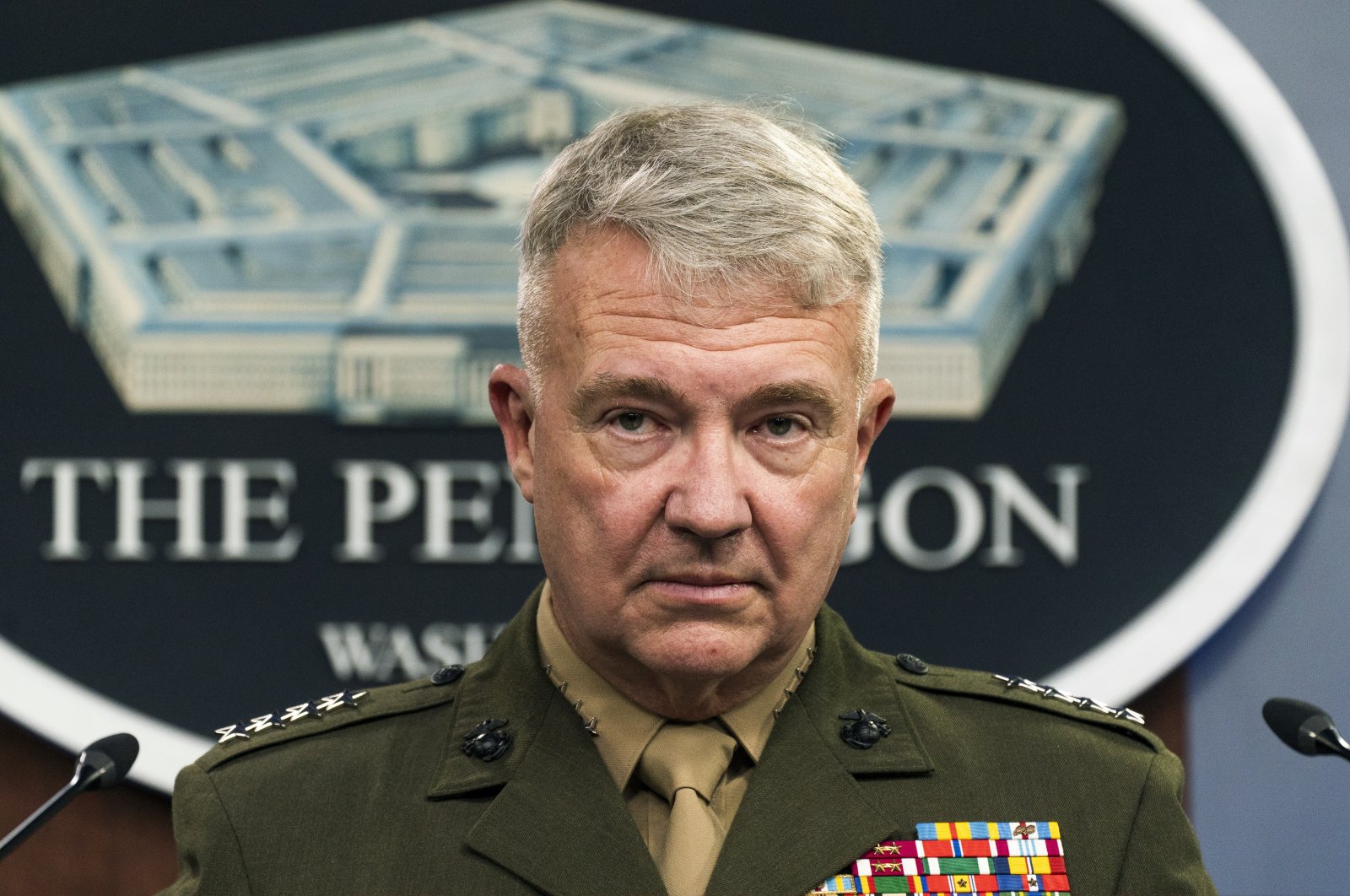 Gen. Frank McKenzie, commander of CENTCOM, pledged to continue to support YPG/PKK terrorists in Syria in a meeting with the group's leader Ferhat Abdi Şahin, who is wanted by the U.S.' NATO ally Turkey

Commander of the U.S. Central Command’s (CENTCOM) Gen. Frank McKenzie held a meeting with the head of the PKK terrorist organization's Syrian offshoot, the YPG, on Sept. 10 in which he pledged to continue to support the terrorist group.

Gen. McKenzie met with Ferhat Abdi Şahin, also known as Mazloum Kobani or Şahin Cilo, who is currently on Turkey's most-wanted list. According to PKK-related Medya News, the two discussed the U.S. stance on the so-called Autonomous Administration of North and East Syria (AANES).

The general claimed the YPG terrorist-dominated SDF was not similar to the Afghan army, as it is organized in an effective way and would be able to withstand attacks.

The general also said the U.S. would continue to maintain a partnership with the SDF, an umbrella group of the YPG used by Washington under the pretext of fighting Daesh, as he claimed the terrorists continue to pose a threat. The commander noted that the U.S. will also continue to protect oil fields in northeast Syria to ensure that Daesh does not end up in possession of them. However, previous reports said the YPG recruited Daesh terrorists in eastern Deir el-Zour and deployed them at the Al-Omar oil field.

The YPG continues to have a mixed relationship with Daesh, with ties between the groups fluctuating from open hostility to cooperation. Reports stating that Daesh terrorists are being released from YPG prisons and camps have been circulating in the media for a while.

The YPG operates dozens of detention facilities scattered across northeastern Syria, holding about 10,000 Daesh terrorists. Among the detainees are about 2,000 foreigners whose home countries have refused to repatriate them, including about 800 Europeans.

Sources added that the Daesh terrorists received special training and were taught tactics by the YPG before being sent to the oil field.

Though the YPG is supported by the United States for allegedly fighting the Daesh terrorist organization, sources say that the YPG deploying Daesh terrorists to an oil field on the same day that it announced a so-called “security operation” raises questions.

“He urged all parties to engage directly to build shared solutions to the problems facing people in NE Syria,” the embassy said.

The U.S. and France have reportedly been preparing to use the Kurdish National Council (ENKS) in Syria as a cover to create an international representation space for the YPG/PKK in northern Syria, but a majority of Syrian Kurds oppose it due to the group's terrorist nature.

The National Coalition for Syrian Revolutionary and Opposition Forces (SMDK), the opposition's sole legitimate umbrella organization that includes the ENKS, designates the PKK/YPG as a terrorist organization.

The activities of the YPG terrorist group have been a major security concern for Ankara, while the U.S. views the group as a “reliable partner” in the fight against Daesh. Şahin, a PKK terrorist on Turkey’s most-wanted list, has been an integral part of this partnership, leading initial negotiations with the U.S. beginning in August 2014.

Şahin was the leader of the YPG before assuming the role of commander-in-chief of the U.S.-backed SDF. He has been a member of the PKK for decades, working in Syria, Iraq and Europe. Şahin is strongly supported by Abdullah Öcalan, the jailed leader of the PKK terrorist group.

During the fight against Daesh, the U.S. opted to partner with the YPG. Despite its NATO ally’s security concerns, they also provided truckloads of weapons to the terrorist group. Some 22,000 truckloads of arms and ammunition have been given to the YPG, so far. Some of the arms include cruise missiles, anti-tank guided missiles (ATGM) and shoulder-launched surface-to-air missiles (MANPADS).

The delivery of arms and equipment to the YPG, which is still poisoning bilateral relations between Turkey and the U.S., began in 2014 and intensified in the subsequent years. The presence of these weapons has been a cause of concern for Ankara, threatening the stability of northern Syrian areas that were liberated from Daesh during Operation Euphrates Shield and Operation Olive Branch. There are also other serious possible threats to Turkey, including the possibility of the transfer of these U.S.-made weapons to southeast Turkey through the border controlled by the YPG to be used against the Turkish army by PKK terrorists.