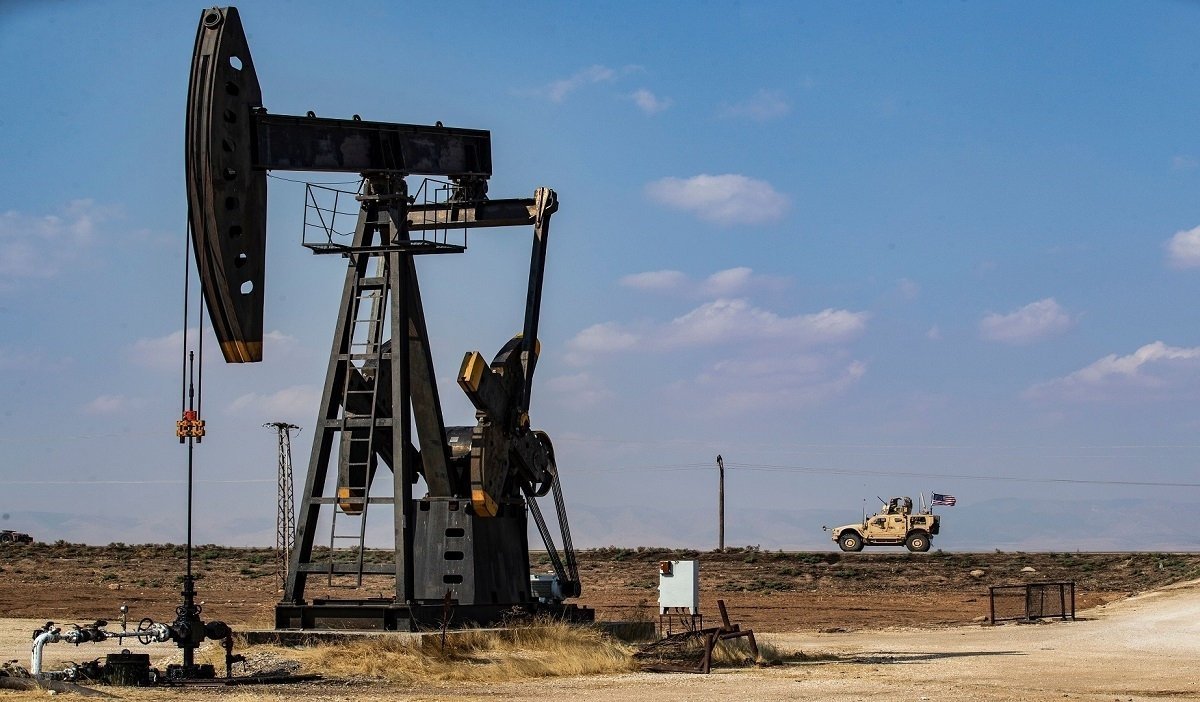 The U.S.-backed YPG and Daesh continue to terrorize Syria through their close cooperation. Just recently, sources reported that Daesh terrorists have joined the YPG ranks in eastern Deir el-Zour, with critics now outraged at the U.S. for failing to uphold its pledge to eliminate the notorious group

The PKK terrorist organization’s Syrian wing, the YPG, has recruited Daesh terrorists that it released from prisons, sources in the field stated.

The al-Omar oil field, which was seized by Daesh back in around 2014, is considered one of the largest fields in eastern Syria. The war-torn country's pre-war production was at 400,000 barrels per day (bpd) but fell to just around 89,000 bpd in 2020. Up to 80,000 came from areas that are currently under the control of the YPG in the east, where more than 90% of the country's reserves are located.

The YPG continues to have a mixed relationship with Daesh, with ties between the groups fluctuating from open hostility to cooperation. Reports stating that Daesh terrorists are being released from YPG prisons and camps have been circulating in the media for a while.

The YPG operates dozens of detention facilities scattered across northeastern Syria, holding about 10,000 Daesh terrorists. Among the detainees are about 2,000 foreigners whose home countries have refused to repatriate them, including about 800 Europeans.

Sources added that the Daesh terrorists received special training and tactics by the YPG before being sent to the oil field.

Though the YPG is being supported by the United States for allegedly fighting the Daesh terrorist organization, sources say that the YPG deploying Daesh terrorists to an oil field on the same day that they announced a so-called “security operation” raises questions.

Ankara has long objected to the support of NATO ally the U.S. for the YPG, a group that poses a threat to Turkey and terrorizes local people, destroying their homes and forcing them to flee. Under the pretext of fighting Daesh, the U.S. has supported the YPG terrorist group by providing military training and weapons. While underlining that one cannot support a terrorist group in the fight against another, Turkey has continued its own counterterrorism operations, over the course of which it has managed to remove a significant number of terrorists from the region.

The Daesh terrorist group – which at the height of its power in 2014 controlled a third of both Iraq and Syria – lost its last sliver of land last year when the U.S.-backed YPG forces captured the eastern Syrian village of Baghouz.

In 2019, after Daesh was crushed by the U.S. and allied forces, Trump declared that U.S. troops would mostly withdraw from the country, leaving behind a residual force to "protect" the oil.

U.S. officials said at the time that they were there to prevent the oil fields from falling into the hands of extremists.

The following year a previously unknown U.S. oil company, Delta Crescent Energy, signed a deal with the YPG forces, which depend on the oil for income, to exploit the oil deposits.

Though most of the facilities in the region are operating far below their pre-war production levels, they still constitute a significant source of income.

The Turkish Foreign Ministry condemned the agreement and declared that the firm was “financing terrorism,” underlining that the country’s natural resources belong to the Syrian people.

Pentagon spokesperson Jonathan Hoffman said back in 2019 that the income from oil fields in northern Syria went to the YPG and the U.S. did not obtain any income.

The U.S. is also turning a blind eye toward the atrocities and human rights violations of the terrorist group, which it sees as an “ally.” Locals in YPG-controlled areas have long suffered from its atrocities. The terrorist organization has a lengthy record of human rights abuses, ranging from kidnappings, recruiting child soldiers, torture, ethnic cleansing and responsibility for the forced displacement in Syria.