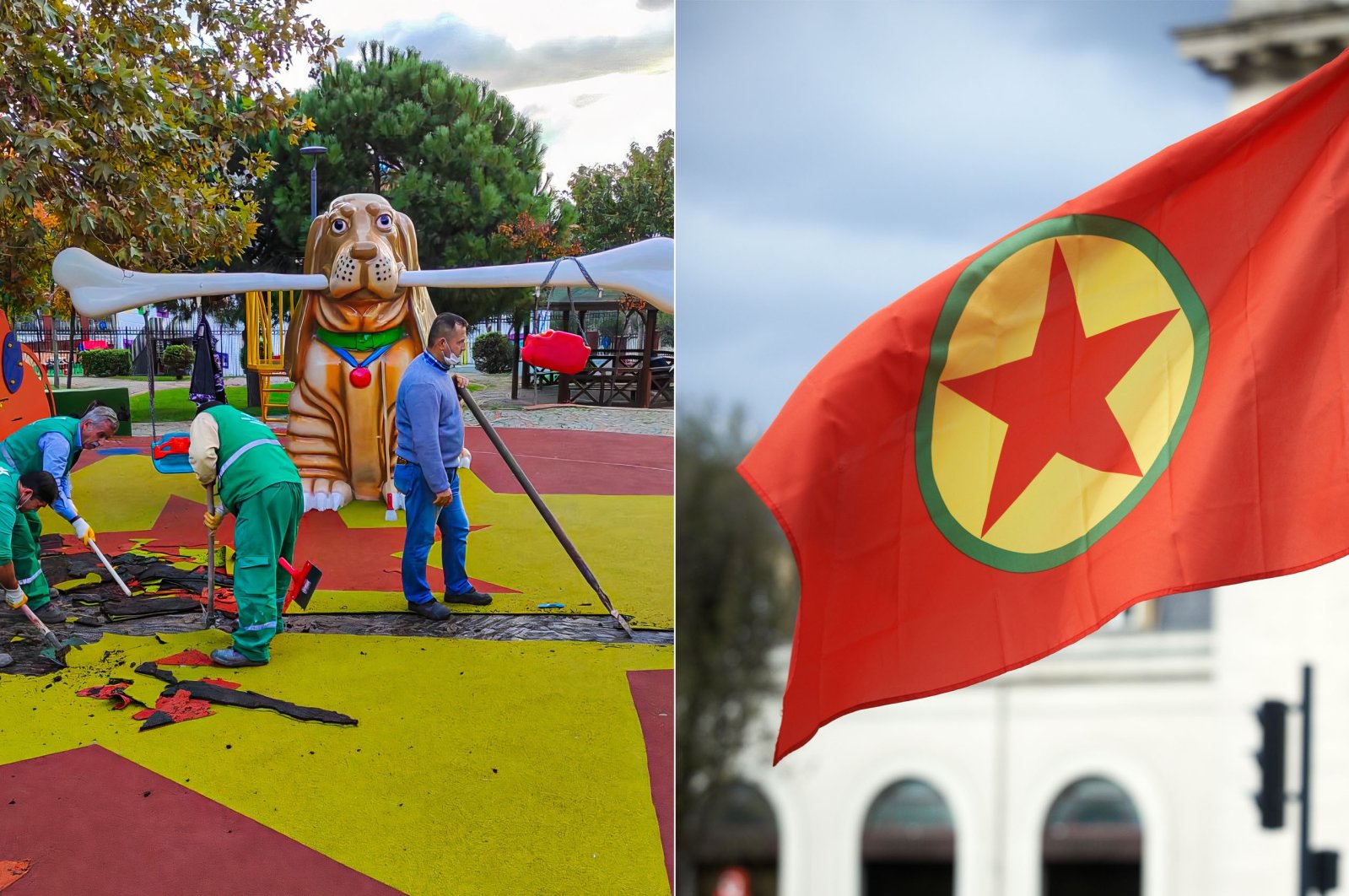 In this combined photo, construction workers remove the flooring of a playground, which resembles the terrorist YPG/PKK flag in Istanbul's Küçükçekmece district on Wednesday, Nov. 11, 2020, while the right photo features the YPG/PKK terrorist flag (AA and Getty Images)
by Nurbanu Tanrıkulu Kızıl
Nov 13, 2020 9:52 am

The deputy mayor of Istanbul's Küçükçekmece district and the parks and gardens director have been suspended from their duty after the installation of YPG/PKK symbols on the floor of a children's playground in the district, the Istanbul Governor’s Office said in a statement Friday.

The two officials at the main opposition Republican People's Party (CHP)-led municipality were responsible for the maintenance work at the playground in Atatürk Park, located in the Istasyon neighborhood.

The symbols on the park's flooring were criticized by the public, who said it featured colors and the symbol of the YPG/PKK terrorists, with a black star inside a yellow circle and another one with a yellow star on a red background.

In its more than 40-year terrorist campaign against Turkey, the PKK – listed as a terrorist group by Turkey, the U.S. and the EU – has been responsible for the deaths of 40,000 people, including women and children.