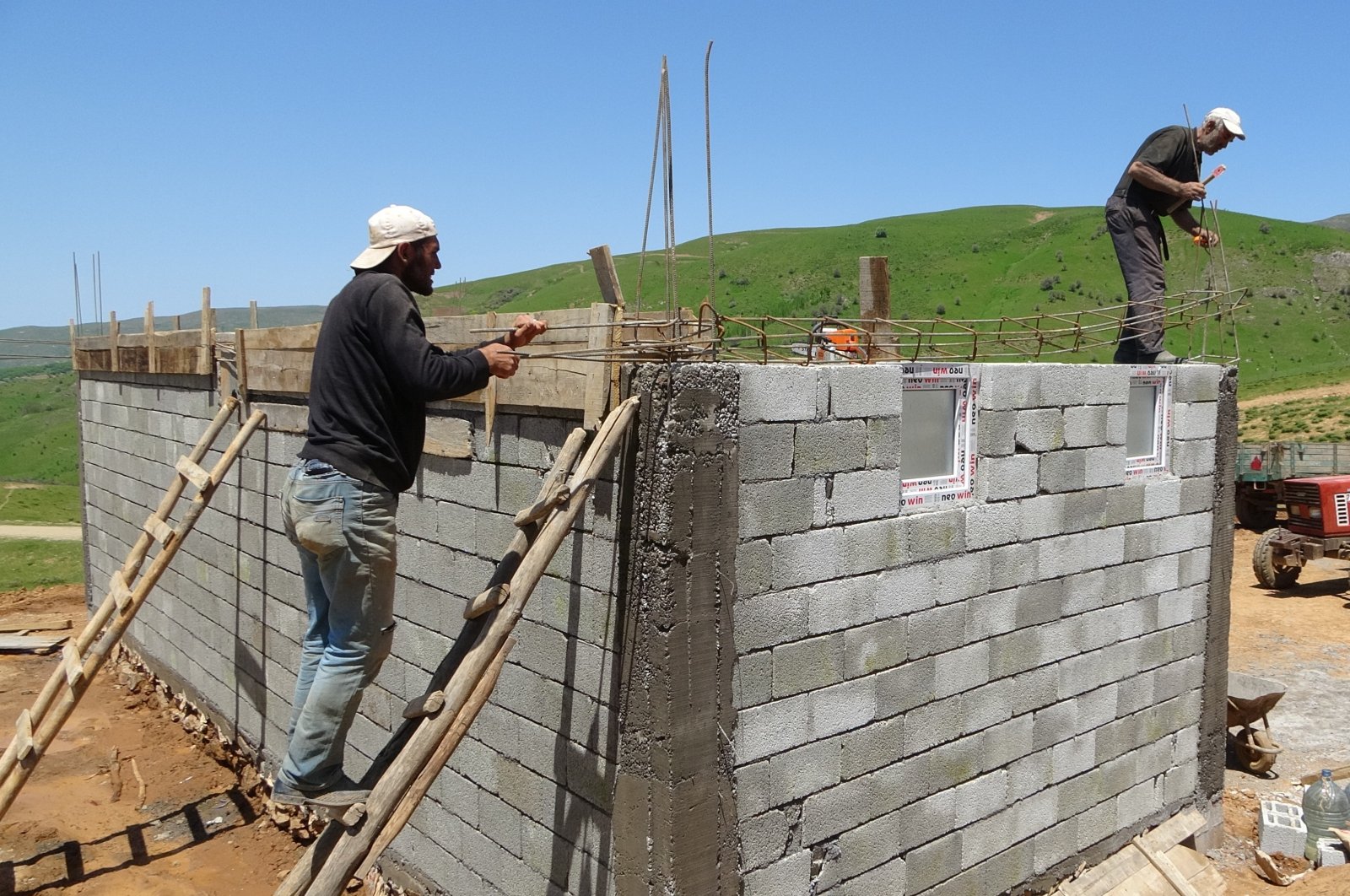 Civilians in Turkey's eastern Muş province, who had to leave their hometown 27 years ago due to PKK terrorism, celebrate returning to their liberated villages following a series of successful counterterrorism operations by security forces.

The village of Kayalısu in Muş's Şenyayla region had to be evacuated back in 1993 due to the PKK terrorist threat. Consisting of 75 houses with a population of 450 people, the villagers have started to return to their hometown gradually after 27 years of displacement since security was re-established in the region.

Thanks to the heavy state investments in the village, the villagers are now able to resume their profession of animal husbandry.

Speaking on the return of the villagers, Special Provincial Administration General Secretariat Şeyhmus Yentür said the village has started to receive investments for its infrastructure, with a special focus on improving its transportation.

"Now that our state has taken the necessary protective measures, our people who had to be displaced, are able to return their villages. This is a pleasing development. In order for our citizens to be comfortable in their own village, we are working on infrastructure improvements," Yentür expressed.

Pointing at animal husbandry as the main source of income in the village, Yentür said the village has the potential to make a reasonable contribution to the province's economy.

"This region, which was cleared of terrorism through operations conducted by security forces, will now be able to develop through agriculture and animal husbandry," he stated.

Thanks to the counterterrorism operations, more and more villages in eastern and southeastern Turkey are being liberated from terrorism, and residents of the area are returning to their hometowns after decades of war with the PKK. On May 17, the mayor of southeastern Hakkari's Şemdinli district, Yakup Güven, alongside locals walked on a plateau cleared of terrorist elements. Liberated from the PKK recently, the plateau is located in Tekkeli village near the Iranian border. Güven and the locals reached the plateau by walking 3 kilometers (1.86 miles) from the city's center. After reaching the plateau, the group enjoyed the fresh air and took pictures holding Turkish flags. Speaking about the short trip, the mayor said they are enjoying spring in the terror-free region. Similarly, southeastern Diyarbakır province's Hazro district celebrated its liberation from the PKK by embracing nature. The farmers of the district began agricultural production on Sunday, with the harvest of organic strawberries being the focus of the process.

The mukhtar of Kayalısu village, Bilal Erez, expressed his and other residents' gratitude for being able to return to their hometowns.

According to Erez, most of the villagers had to sell their animals and move to major provinces such as Istanbul, Adana and Bursa back in 1993.

"We are thankful for our state," he underlined.

The forces have adopted “ending terrorism at its root” and “attack rather than defense” strategies through its operations across the country.

The latest update on the operations came on Sunday when Interior Minister Süleyman Soylu announced that the security forces killed three terrorists in the eastern province of Tunceli.

The terrorists were targeted by Turkish "hero" gendarmerie forces in an air-backed operation in the Ovacık countryside, Soylu said on Twitter.

"This weekend was a nightmare for the terrorist organization," Soylu said.

Over this weekend alone, 14 terrorists were killed in the country, he added.

Soylu did not specify the terrorist organization in his statement.