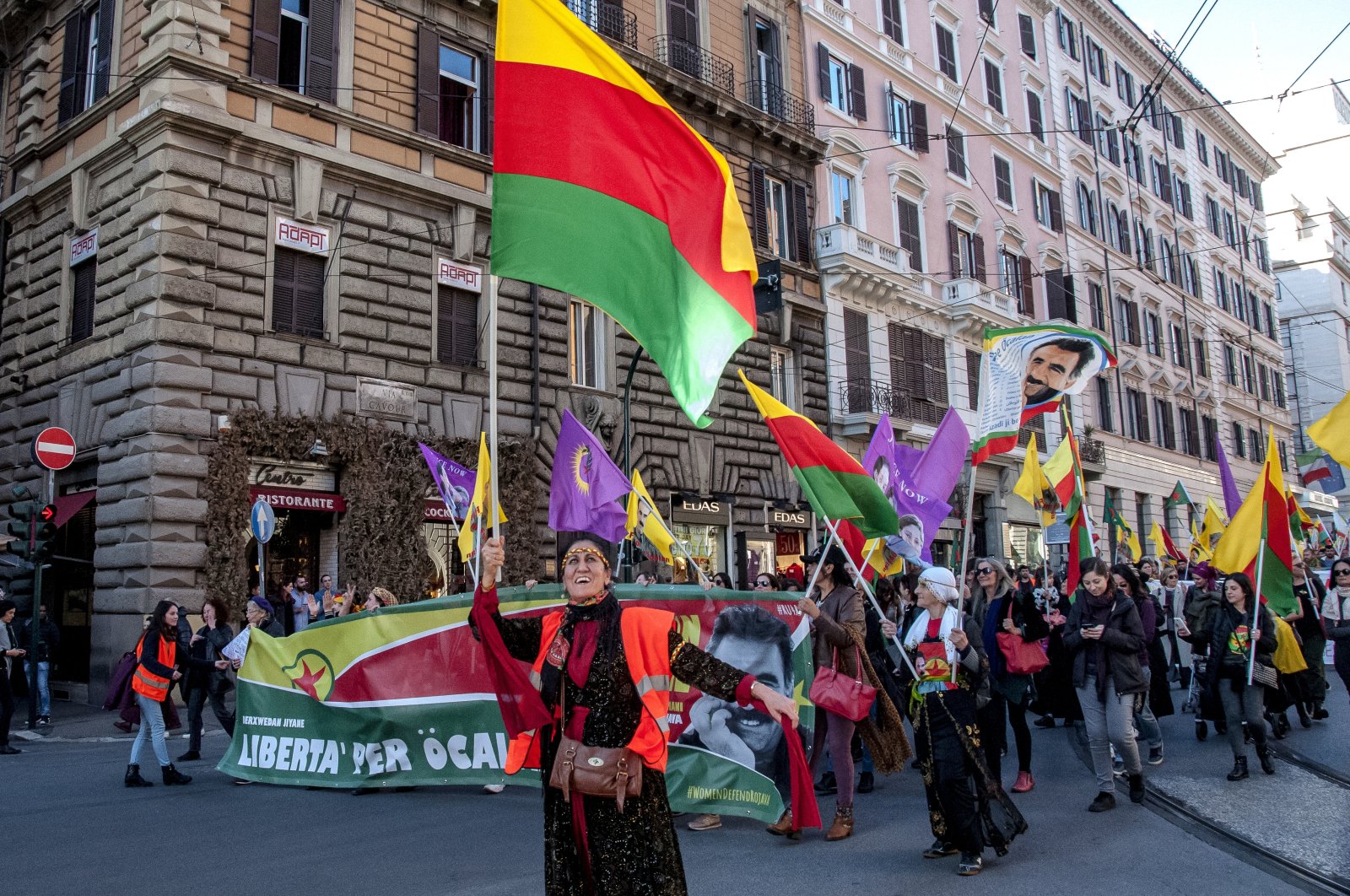 A so-called cultural center named Ararat in the Italian capital Rome has been openly engaging in propaganda for the PKK, which is officially recognized as a terrorist group by European Union.

An Italian journalist based in Istanbul, Giuseppe Mancini, has criticized the center and public authorities for not intervening in a tweet. “They say they want to preserve Kurdish culture, in fact they make propaganda for the terrorist organization PKK,” he said.

The center frequently calls on members to attend demonstrations in Rome to free Abdullah Öcalan, the jailed leader of the PKK terrorist group, sharing his picture.

The center has also been publishing videos and photos of the PKK’s Syrian wing, the YPG.

Despite its status as a designated international terrorist organization, the PKK has enjoyed relative freedom in European cities and has a strong presence.

In its more than 40-year terror campaign against Turkey, the PKK – listed as a terrorist organization by Turkey, the U.S. and the European Union – has been responsible for the deaths of 40,000 people.