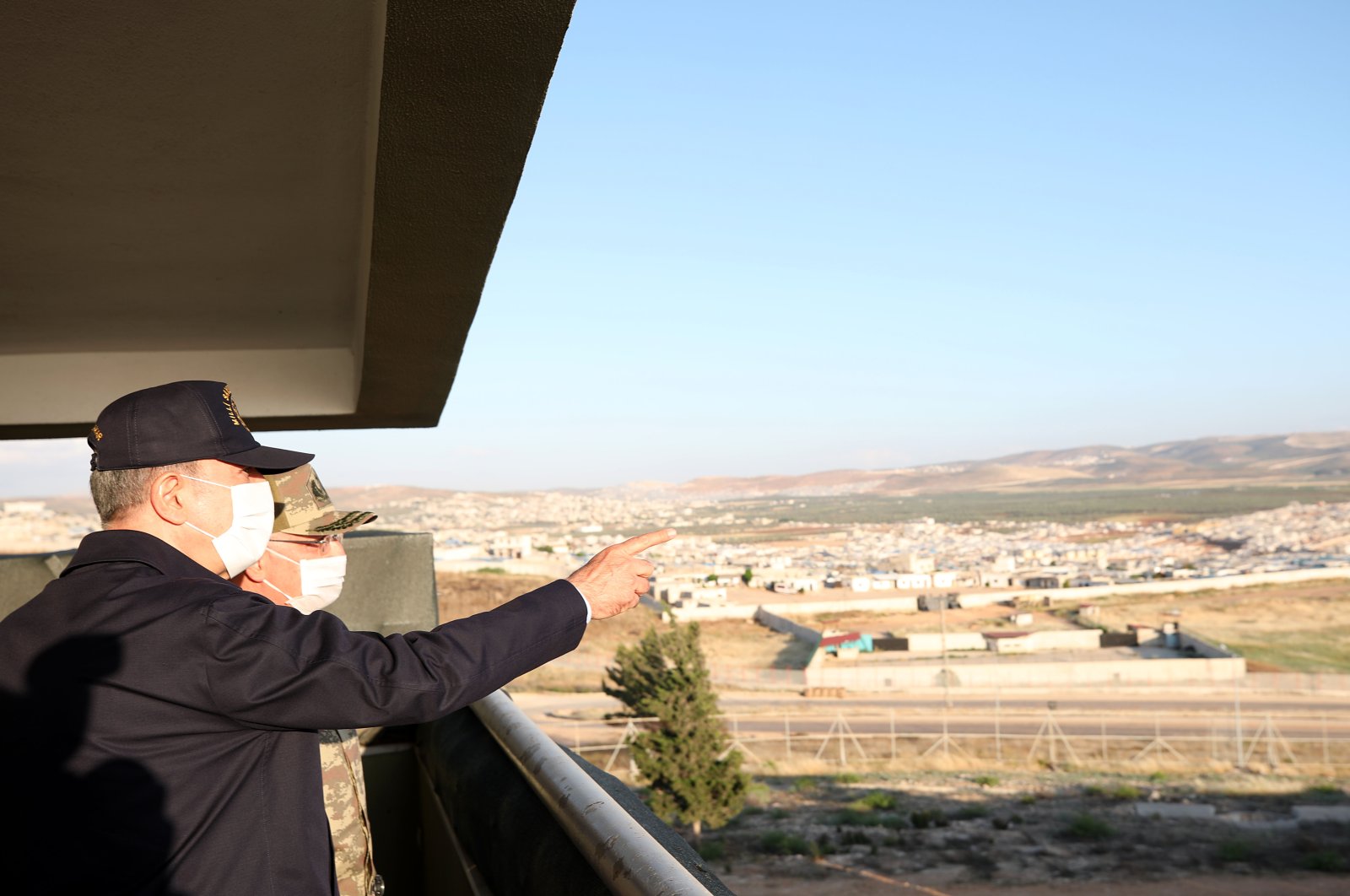 Akar was joined by the chief of general staff and senior commanders from the land, air and naval forces, said the sources who asked not to be named due to restrictions on speaking to the media.

The inspections come amid Turkey's continued operations to rid the region of terrorists and make the area safe for civilians.

Since 2016, Turkey has launched a trio of successful anti-terrorist operations – Euphrates Shield (2016), Olive Branch (2018), and Peace Spring (2019) – across its border into northern Syria to prevent the formation of a terror corridor and enable peaceful settlement by locals.

According to reports, Akar stressed that Turkey's defense forces were taking appropriate measures to stem the spread of the novel coronavirus in all its camps in the region.

The terrorists' affiliation was not revealed but the YPG/PKK terrorists often hide in northern Iraq to plan cross-border attacks against Turkey across the border.

In its more than 30-year terrorist campaign against Turkey, the PKK – listed as a terrorist organization by Turkey, the U.S. and the European Union – has been responsible for the deaths of 40,000 people, including women and children. The YPG is the PKK's Syrian offshoot.